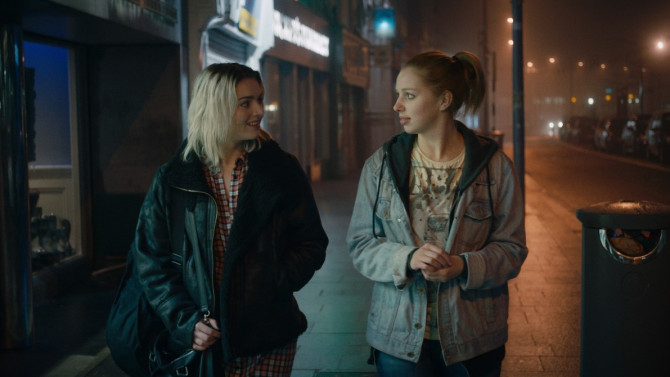 Most people tell at least a few white lies on their profile. (80%, to be more precise.) Sometimes, people fabricate the entire profile – avoid these people whenever you can. Here are the top 10 lies that plague the online dating world.

How many of these things have you lied about?

They probably don’t make as much money as they say they do.

According to Greg Hodge of beautifulpeople.com, the listed salary on someone’s profile may be inflated by as much as 40%. A study by OKCupid put the number closer to 20%, but that’s still a huge number of people lying about their financial situation. It’s generally considered better to leave this one blank than to lie about it, though – do you really want to be with someone who only wants to be with you if you make 20-40% more money than you actually do?

They probably don’t have the job they said they did, either.

According to the Beautiful People survey, as many as 32% of women lie about what job they hold. (This is less than 42% of men who lie about it, though.) The strangest thing, to me, about this statistic, is that women downplay their job, to keep from intimidating a date with their intelligence. But do you really want to be with someone who doesn’t value your intelligence?

They probably aren’t “athletic and toned.”

This is another one of those “mystery lies” – as in, it’s a mystery why anyone would lie about something that’s going to be super obvious once they meet face to face (or when someone flips through their pictures). It’s a safer bet to be honest, and understand that anyone who isn’t actually OK with your body type is a waste of your time anyway.

They lie about their lifestyle.

As many as 16% of people lie about their financial situation, according to the Beautiful People study. 5% lie about how well-traveled they are. 5% lie about what kind of car they drive. Thankfully, these lies generally happen in the long answer section, and they’re easy to pick out. Watch for a lack of “I” statements (i.e. “Love to travel,” as opposed to “I love to travel”) and super-short descriptions. Toma says, “Lying is cognitively taxing” and leaving out the “I” in their sentences helps them to distance themselves from the things they’re lying about.

They’re shorter than they say they are.

As someone who’s always been attracted to shorter women, it baffles me that people would lie about this. In fact, a study by OKCupid says that shorter women are, in general, more likely to get attention, so it’s best to just tell the truth on this one.

They lie about what they’re into.

I know we’ve all seen the “lesbians” on online dating profiles who already have husbands they’re “faithfully devoted to,” but the lies actually go a lot further than that. According to Toma, users take advantage of the ambiguity surrounding their hobbies and interests. If someone says they’re into “sports,” for example, there’s usually no mention of whether they mean playing or watching – or how long ago they last participated in their “hobbies.”

They’re probably heavier than they say they are.

Since our weight tends to change from day to day – and, to be fair, even within the same day – it’s unreasonable to expect someone’s weight to be exactly what their driver’s license or dating profile says. However, most women subtract (an average of) 8.5 pounds, or almost 4 kg, from their weight when making their profiles, according to Catalina Toma, PhD.

They lie about who they know.

If someone is name-dropping a celebrity in their profile, it’s probably a lie. Hodge says, “We’re in a celebrity-driven culture,” so people equate name-dropping with a person’s status. Also watch out for photo-op-shots, because most of the time, it was a one-time thing – a photo of someone standing next to Lady Gaga probably happened at a concert, not at Gaga’s private birthday party.

They may be up to ten years older (or younger!) than their profile says.

According to a study by Beautiful People, about 17% of women lie about their age on their profile. Most women only go 1-2 years in either direction, while others “round down” to the nearest five-year mark. Some women even changed their date of birth by as much as ten years!

This is usually done through photos, which used to be considered solid facts – until technology took over our world. Now, it’s easy to manipulate a picture so that you’re not even recognizeable. Not to mention, it’s always been easy to just use a “bad photo” (with poor lighting or a low-quality camera), or to simply use an old photo. According to Toma, your profile photos should be no more than a year old, and you should feature one face shot, one body shot, and one shot of you doing something you actually enjoy.

PrevPreviousYou’re Too Clingy. Here’s How to Let Go.
NextHow To Keep Depression From Ruining Your RelationshipNext