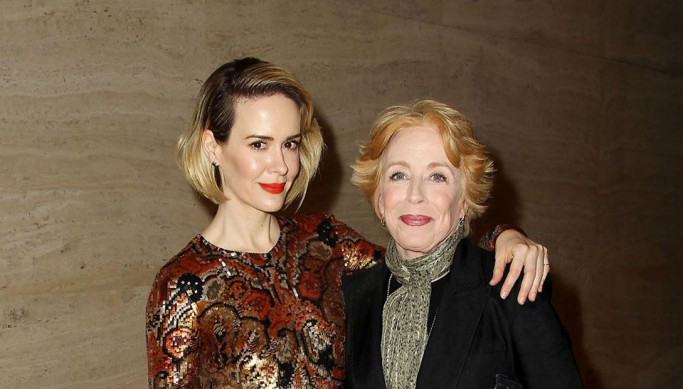 Whether you admit it or not, we’ve all had quite a rough year one way or another. If it wasn’t evident in the first quarter, now that we’re nearing the end, we can pretty much assume how bad it’s gotten. But it ain’t all gloomy, screwed news. Some of our faves took time to bring about positivity through their coming outs.

Let’s rejoice and remember that life has its ups and downs, but these are one for the books.

The Still Alice star came out mid this year after revealing in an interview with Elle UK how in love she is with her then girlfriend, Alicia Cargile. It’s been speculated many times now because of the way the actress behaves and how she likes representing herself, but more so because she skirts around questions that required any labels.

Cyrus, in an interview with Variety earlier this year, stated how she “didn’t really feel straight” and “didn’t really feel gay” either. “It’s because I’m not,” she says. The former Hannah Montana protagonist identifies as pansexual and even recounts her first relationship to be with a “chick”. Miley says she would never let anyone put her identity in a box.

This 17-year-old is using social media to spread awareness. Not only did she come out as sexually fluid via Instagram, she’s also part of the Self Evident Truth Project. This is a photographic document of 10,000 people in the USA that identify as anything other than 100% straight.

The former Disney star doesn’t want frills and cheap thrills. She’s all about getting straight to the point and just coming right out – quite literally. A fan asked her on twitter if she was bisexual to which she answered, “yes”.

The Scream actress came out to the rest of the internet in a very casual tweet, followed by a YouNow stream addressing further questions. Taylor-Klaus revealed the reason for coming out this way, “So I have a chance to interact with those of you who feel that way and who kind of want to know more.”

Speaking with WNYC, Holland Taylor revealed she was in a serious relationship with a woman. When asked if she wanted to elaborate on her sexuality, she responded, “I haven’t come out because I am out. I live out.”

Turns out that lady was Sarah Paulson, and ever since the couple has been very out with their relationship.

In the wake of the devastating mass shooting in Orlando, Florida, Mara Wilson took to Twitter to come out of the closet in June 2016. The Matilda star confirmed to fans via a series of tweets that she’s bisexual, and after receiving a flurry of responses signed off the site, saying, “Thank you so much to everybody who has sent me words of support. I support you all, too.

Plaza revealed earlier in 2016 that gender “isn’t a factor” for her when it comes to dating and romantic relationships. She did not call herself a bisexual, but she did say that she has a very “androgynous and masculine” aura about her, and that tends to attract many different kinds of people, which she is totally cool with.

Amandla Stenberg came out in a heartfelt video in early 2016 to tell the world that she was “a black bisexual woman” and that she understands the discrimination and hate that is being flung at the LGBTQ community. She said that she feels the pain and that it hurts, and she wants to be an advocate for change and acceptance.

Given her reputation and presence in the teenager public sphere, Stenberg talked to Teen Vogue via SnapChat to interact with the magazine and its readers. She feels so much better now that she doesn’t have to hide or limit who she is and how she really feels. Citing other black actresses and singers, Stenberg said that she was getting loads of support from the Hollywood community and that she was extremely grateful for that.

14-year-old actress Rowan Blanchard spoke up at the start of 2016 and proclaimed that she did not want to be tied down by any labels in regards to her sexuality. Blanchard used Twitter to declare to the world that she was not interested in sticking a label on herself or her identity, but that she preferred to just be known as a queer actress. In her Tweet, the actress wrote: “I personally don’t wanna label myself as straight, gay, or whateva so I am not gonna give myself labels to stick with – just existing.” She is “open to liking any gender,” and that is why she identifies as queer.

The star of the Disney Channel TV series Girl Meets World public statement could be the shifting of tides when it comes to the Disney Channel and its reputation for employing straight-laced and clean cut child and teenage actors.