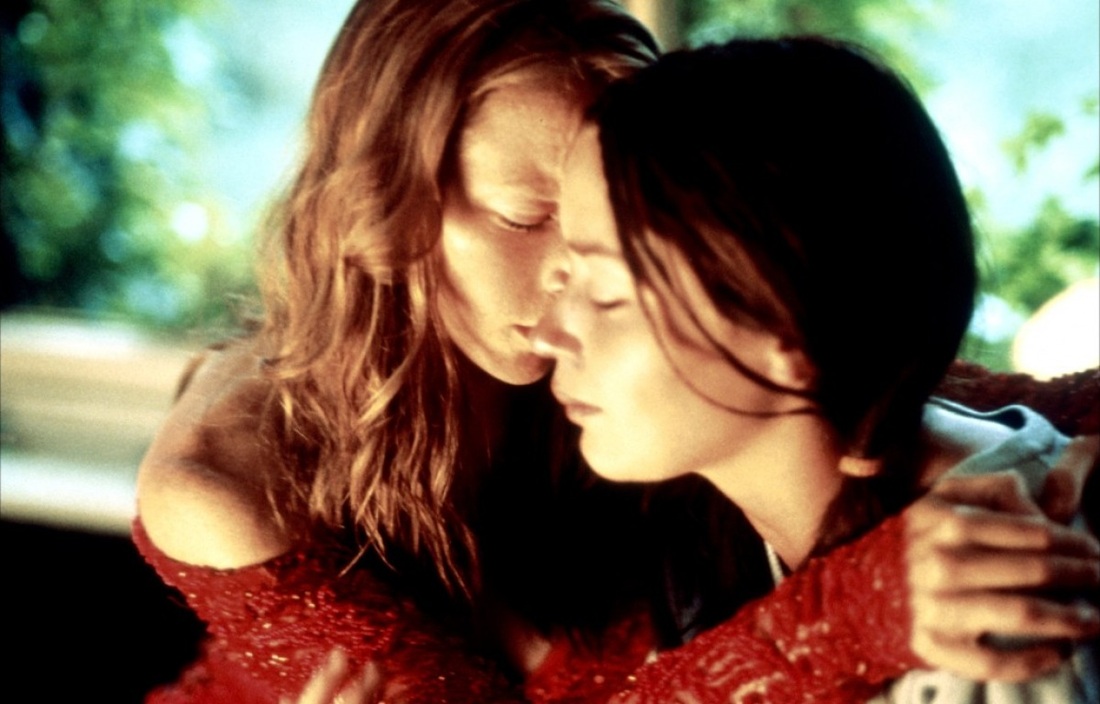 Let’s take a few minutes to talk about something unpleasant: Breaking up with your girlfriend. Especially around the holidays, break-ups can send you into the deepest, darkest pits of your soul, holding your happiness captive. Sometimes break-ups are messy, and people get hurt. You invest so much of your time, energy, and emotion into this one person and it gets harder to see the other people out there. This is especially true at the end of a toxic relationship where the partners are so involved in one another’s lives that they’ve literally lost touch with the outside world – friends, family members, anyone who used to mean the world to them before they entered their relationship.

To make matters worse, the brain doesn’t really like the idea of change – even positive change. Our brain, masquerading as our heart, takes bits and pieces of things and refuse to fully let go. It’s why you get nostalgic when looking through old pictures, and why you get teary-eyed when you remember your childhood pet. We appreciate things more after we’ve lost them, after all – so why would our romantic partners be any different?

Properly handling a break-up is one of those life-skills that isn’t automatically programmed into us, though – we’ve got to learn it (often the hard way). One of the first steps in resolving your break-up process is understanding that these 11 things are total bullshit.

There is absolutely no reason you need to sleep with someone one more time when you break up. Not only does it set the precedent that you’re only good for sex – which can drastically lower your self-confidence – but it also reinforces all the bonds you’re trying to break. Think about it: That’s like finding out you’re allergic to peanuts, and then chomping down on one last bag “for old time’s sake.” It’s not going to make the pain of the allergy any less severe, and it won’t make the pain of your break-up any less severe, either. It’ll just encourage you to fall into the same patterns you have, and make up with someone you really don’t belong with.

“The fastest way to get over someone is to get under someone else.”

Whoever started this line of thinking was clearly not looking out for anyone else’s interests when they first said it. The idea that you can move on by forcing yourself to move on completely undermines the grieving and reflecting process – both of which are essential to healing after a break-up. Your brain has withdrawals from oxytocin and it wants them to be dealt with as soon as possible – pushing you toward making irresponsible sexual decisions and placing unfair expectations on your new partner. Love yourself first, in every sense of the word, and be prepared for what the next relationship has in store for you, instead of forcing yourself to relieve your past relationships indefinitely. It might sound hokey, but it’s absolutely necessary.

“We can still be friends.”

I’ve always marveled at people who could stay friends with their exes after a bitter break-up. Once someone has crushed your feelings so completely, can you actually completely forgive them? Well, yes – but not right away. It’s impossible to be “just friends” with someone you have romantic feelings toward. Once those feelings are gone, things might be different – but they might be so different that you have no desire to be friends with this person anymore. It’s important that you focus on your mental and emotional health instead of trying to hold onto the past. It’s always going to sting a little to see when she’s moved on, but if you’ve still got feelings for her when it happens, it’s going to be devastating. Save yourself the heartache and opt to do your own thing until you’ve healed.

Okay, so technically this one counts as two misconceptions, but the basis of both of them is exactly the same. Break-ups are very rarely (with extra emphasis on both parts) black-and-white or one-sided. Even if the relationship itself felt unbalanced, there was still one of you who frustrated the other, and the other who didn’t tackle those frustrations head-on. Everyone makes poor choices, but the wise among us learn and grow from those mistakes. Learning how to forgive can be difficult, but it’s essential that you forgive both yourself and her. I’m pretty partial to the forgiveness meditations within the Calm app myself – these forgiveness meditations are offered for free and have done wonders for improving my ability to let go of the past.

I’ll admit that I’ve gone through a number of break-ups where I had gained a fair amount of weight by the time I met my next partner. I’ve also had break-ups where I lost a tremendous amount of weight before it was all said and done. It really comes down to how you handle it. The most successful way to handle a break-up is to use it as an opportunity to improve yourself – join a gym, start eating healthier, or just spend some time walking in nature every day. You’ll be amazed at how much of a difference it makes.

Many people (myself included) don’t like the feeling of being single. Humans are social creatures, after all – even the most antisocial introverts among us need some type of interaction. But that’s not singledom that sucks – it’s loneliness, and they’re not one and the same. It’s all about your attitude: Will you choose to be happy today? Have you made a plan for how to handle your new single life? And, perhaps most importantly, have you taken the time to cherish, appreciate, and revel in your freedom?

Of course you will. Humans are social creatures, remember? Eventually the day will come when you’re drawn to someone else, and if you’ve closed off your heart to the idea of finding love again, it’s going to be really hard to cope with the “what might have beens” that are soon to come your way. I do believe that everyone is capable of having a truly timeless love, but to be quite blunt, if you broke up… This one wasn’t it.

“It came from totally out of the blue.”

When you hear someone say this about the end of their relationship, you can guarantee that – in their mind – they are painting their ex as a saboteur of romance. But break-ups are rarely spontaneous. There are almost always signs that things are on the rocks, but many people choose to ignore what they consider “bad news.” It’s good that you choose to focus on the positives, but ignoring the fact that your relationship was on the rocks is not the right type of optimism. Someone else’s feelings are on the line here, too.

“I can get through this break-up the same way I’ve gotten through every other break-up.”

Wouldn’t it be great if you could figure out the secret formula and end all the pain of break-ups for the rest of your life? Well, that would be great – but chances are, finding that formula would get rid of the need for a break-up in the first place. It’s not a lost cause, though, as long as you’re actually learning things from the relationship. Each and every person – and every relationship – is different, so if there really is a pattern forming, there might be some tough introspection to do – repeating the exact same mistakes will never lead to new results.

“I’m already damaged, so what’s the point in trying?”

If you’ve ever thought that it was too late to improve your life, or that you were just “bad at relationships,” you’re not alone – but you’re also the victim of a fixed mindset. It’s never too late to make your life better, because humans are ever-evolving and growing into different people. As long as you’re steadily making progress towards the better version of yourself, you are improving. Even slow progress is better than no progress at all.

“I can change. I deserve another chance.”

Well… Yes and no. It’s entirely possible that you can change, but do you really want to be making those changes to appease someone else? If you’re not making changes for yourself, your motivation will waver and you will mess up. It’s part of the process. (Even if you are doing it for yourself, slip-ups happen.) These slip-ups will damage the trust, respect, and self-worth in the relationship – are you sure you want to risk resentment?

More than just that, your ex is allowed to be happy, too, and she doesn’t owe you a second chance any more than you’d owe her one. No one has the right to expect someone else put their own happiness on the back-burner to your wants. Let her go find her own happiness, and take care when cultivating yours. Your second-chance will come, but it might not be with her, and you need to accept that before you can move on.