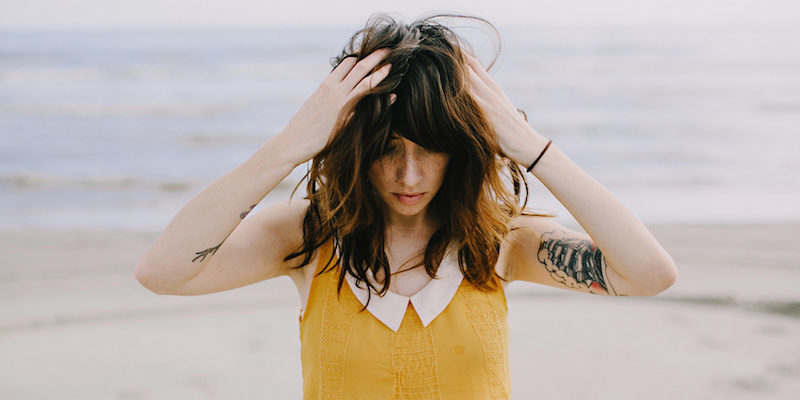 When you love someone, you give without expecting anything in return. It’s about the feeling you get when you do nice things for her – not that you do them so that she’ll do something else for you. Still, one-sided signs of affection can lead to resentment, frustration, and downright exhaustion. If one of you is actually playing a bigger role in your relationship – not just overclaiming what you do – an unbalanced feeling might be a sign that you’re too good for your girlfriend.

Of course, it’s up to you whether you stay or go, but if you find yourself in most of the following 11 signs, you deserve so much better – and you’d probably be happier single than with your current partner. How many can you spot in your relationship?

You’re shut out of her life.

Happy, healthy couples share their goals, their plans, and their big decisions with each other. It’s normal to keep your distance in the beginning, but there comes a point where your lives will either pull you closer or push you further away – and a partner who shuts you out isn’t trying to get closer to you.

You fantasize about life without her.

It’s normal to occasionally think about how your life would be different without the person you care about, but there’s a distinct difference between thinking about and fantasizing about. If you find yourself drawn to the idea of breaking up, most likely you should – there’s a reason your mind is somewhere else.

Everyone brings value to someone else’s life, in some way or another. If your girlfriend doesn’t see the value that you bring to her life, she’ll never appreciate or respect you. A happy partner would consider your abilities and benefits as part of the team, listen to your opinions, and appreciate your contributions to the relationship. If she’s not doing those things, you owe it to yourself to find someone who will.

Your need for affection is not being met.

Everyone has their own needs within a relationship, but healthy relationship involves a compromise between one’s needs and the other’s boundaries, as much as possible. If you’ve already expressed a need for more affection to your partner and she won’t even consider it, she’s not the one – I promise.

It’s normal to get frustrated with each other when someone’s acting immature – but if your partner is talking down to you and treating you like you’re a child, there’s a problem. It shows a lack of respect, and it shows a desire to control – neither of which is cool in a relationship.

You don’t feel respected or appreciated.

I know I already touched on respect in the last one, but the same is true for appreciation. While you shouldn’t do things just for the recognition, a partner who doesn’t acknowledge the blessings you bring into her life may not actually see any – which is, most likely, a reflection of her rather than of you. Find yourself someone who appreciates everything you are.

She would rather have sex with you than talk to you.

If your girlfriend uses sex as a way to change the subject or avoid having a conversation with you, it might be a sign that sex is all she sees you for. Some aromantic relationships can get by just fine without any conversation, but if the feeling isn’t mutual, it can cause a number of problems between the two of you – best to put an end to it as soon as possible.

You don’t know her friends and family.

It’s completely normal to wait for a relationship to settle in before bringing your boo home to the family, but if you’ve been together for over a year and you don’t know anyone in her life, there may be other issues that you wouldn’t expect. Are you sure you even know her?

A lack of trust in a relationship can be a sign of insecurity, especially if one partner just had their trust destroyed. But there’s also a chance it’s your inner intuition telling you the things you don’t want to admit to. Either way, the two of you don’t belong together if there’s no trust involved – the relationship will never be able to grow.

You don’t talk about anything real.

Small talk and shallow conversations are all well and good, but that’s not what intimate relationships are made of. If you never touch on the issues, you can never hope to deal with them, and if your partner discourages talking about your hopes and dreams, too, she’s probably hoping she’s not in them.

Relationships aren’t pure magic every single day, but if you can’t remember the last magical day after a few seconds of thinking, your relationship has already played out and it’s time to move on. It’s not fair to either of you to remain in a relationship that doesn’t bring you joy at least most of the time. Only you know what happiness truly means to you, but you owe it to yourself to find it.