12 Compliments You Should Give Your Lady More Often 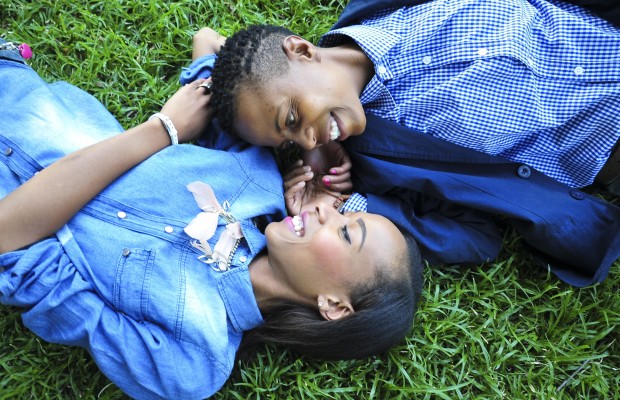 I love giving people compliments. It’s in my nature to be encouraging, I think, and I love the feeling I get when I see someone achieve the things they set their minds to. I don’t really know what it is, either – I guess some people just get joy from making other people happy.

(Secretly, I think we all do, but there are some people who will never admit it.)

There’s never really a bad time to make someone feel good about themselves, either. In some cases, a kind word can literally save someone’s life – the right words are very powerful. Even when it’s not a life-and-death scenario, giving compliments doesn’t cost anything and will give everyone involved a strong case of the warm fuzzies. Why not say something nice today?

When someone is struggling with their self-image, or something else about themselves, sometimes they need a small reminder that they are already good enough. I don’t know too many people who don’t need to hear this one sometimes. (Just make sure you actually think the person is amazing – there’s no value in lying here.)

Most of us struggle with our self-worth from time to time, even if our confidence is otherwise pretty solid. Telling someone that they’re special to you not only shows your appreciation of the things that they do for you, but it also lets them know that they’re worth something to you. It might also help remind them that anyone who doesn’t think they’re special isn’t worth a second thought.

This is one of my particular favorites, because of how it makes me feel when I hear it. If someone is feeling confused or defeated in their path in life, this can be the push they need. Knowing that someone is proud of them could make the difference between “I give up!” versus “Look what I did!”

It might seem like a shallow compliment, relying solely on looks, and in many cases, that’s true. But if you have a loved one who’s been trying particularly hard to get in shape or get healthy, it acts as an acknowledgement of effort. Just knowing that someone else can see the progress made is a huge motivator.

This one comes particularly in handy when someone has been passed over for a job or a promotion, or been rejected by someone they cared about. Everyone is subject to occasional feelings of inadequacy, because the brain can’t differentiate between the things that we wanted, but didn’t get, as opposed to the things that we’ve lost. This is a gentle reminder that the status or achievement that they don’t have will not define them, in the past, present, or future.

Everyone likes feeling important, at least to some extent – and letting someone know that they’re an irreplaceable part of your life gives them importance beyond measure. It lets them know that you see them as a blessing, which is really a warm-fuzzy for both of you.

It’s easy to get caught up in the things that we can’t do, and a “talent” mentality has a lot to do with it. By turning talents into skills, and reminding the person how much they’ve already improved, they’re more motivated to keep practicing. Very few people are born with “raw, natural talent” – for the rest of us, there’s dedication and practice.

A specific “thank you.”

Most people say “thank you” as a habitual response to an action, if they even say it at all. That doesn’t really show gratitude, though – so it’s important to cultivate better “thank you’s” in order to let the person know how you really feel. After all, you are grateful for this person, right?

“You are strong and brave.”

When people get scared, they tend to forget the progress they’ve already made. They freeze in fear and don’t know what steps to take next. Reminding them that they’ve already overcome so much will help encourage them to keep trying. They’ve gone through so much, and always came out on top eventually – so remind their inner warrior that they’ve got a 100% track record, and cheer them on.

We (as humans) are more likely to give up on our goals, dreams, and plans if it feels like other people have given up on us, too. Even the strongest people will struggle if no one believes in them. Reminding someone that you believe in them is one of the easiest ways to encourage their continued awesomeness – and if it leads into a deeper conversation, even better.

We don’t usually think of this one as a compliment, because we reserve it for specific people in our lives. Really, though, why can’t we love everyone in our lives? There are many different types of love, and they all deserve to be acknowledged. Remind your partner, your friends, and your family of the love you feel for them – and find a way to express your love toward strangers, too. Trust me – it helps.