12 Fictional Lesbian Couples That Changed Attitudes, Inspired Us And Made TV History 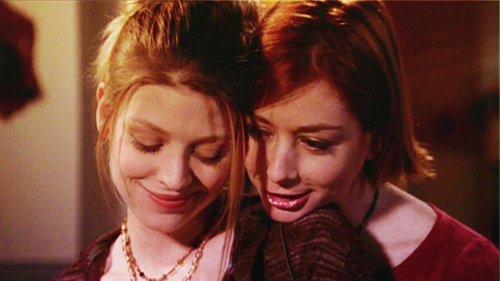 Television is now finally getting to the stage in which lesbian characters are appearing in mainstream programmes, being portrayed in a positive way and are embraced by all audiences. But that has been a long time coming.

So how did TV reach that point? Well, over the year’s television networks have dipped their toes in the water and given us lesbian couples that viewers have endeared to. Here are 13 of those couples that helped make positive changes in television and attitudes.

How cute were these two? Yes, OK, Tara died, but while they were together they were a pretty awesome couple. They were also one of the first lesbian couples that had prominent airtime on a primetime American TV series, which in itself is quite cool.

Bette and Tina (The L Word)

Well, they had their ups and they had their downs, but boy, they were an awesome couple. Both successful career women, both very much in love, they split up, they reconnected, they had a baby and they remained together until the end of the series. These ladies did a lot for lesbians the world over and helped set a benchmark for other lesbian TV characters that appeared when the L word had finished.

Paige and Alex (Degrassi: The Next Generation)

Madame Vestra and Jenny (Doctor Who)

Doctor Who has occasionally had the odd queer character but ‘Lizard woman from the dawn of time and her wife’ appeared in quite a few episodes and they were such a popular couple that Doctor Who showed them in even more episodes because the fan base asked for it. A lizard lady and a female human is just great.

Glee also had a few gay characters while it was on TV, but these two girls had such a positive relationship that they outshone the other queer characters shown. They communicated with each other so well, they were very much in love and even sang to each other. Glee had a very wide audience and Santana and Brittany were adored by many. 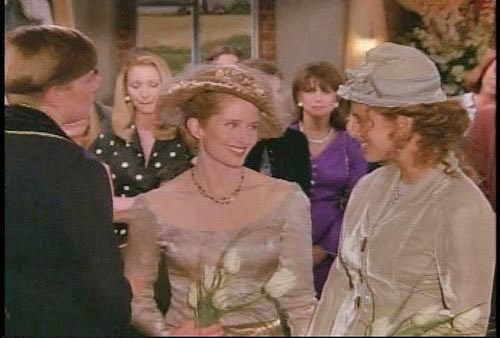 Carol and Susan made history when Carol gave birth to Ross’s baby while she was in a relationship with Susan. These episodes were aired in 1995 and Friends was aimed at heterosexuals. These episodes brought about a lot of discussions surrounding queer relationships and parenthood which is not bad going as the series didn’t have much of a queer following.

Cosima and Delphine have had their share of ups and downs, but they have an intense attraction and love for each other which is very real. There have also been some issues between them both as Delphine has kept secrets from Cosima, again something real that does happen in relationships. Another positive is they haven’t killed them off yet either, as TV do have a habit of killing off queer characters. So, these two are obviously doing something right to still be with us.

Lauren and Bo have done a lot for Lesbians in the way that they surround themselves with, and get support from, the people they call family. It’s a bit like our lesbian community. A strong network of people that care about you and understand you. These girls are also sex positive, a unique attribute in TV, especially around queer characters.

Steph and Lena (The Fosters)

This married lesbian couple with children are portrayed so realistically. They argue, kiss and make up, they talk things through, flirt and play fight. They are very multi-dimensional and are a great inspiration to other lesbian couples as well as showing the hetro community that lesbian couples are just the same as they are.

What is so great about Jeri is the fact she was changed from the comic character of a man into a lesbian female for the TV version, but she has the same complex, twisted and ambiguous character traits as her male comic book character has. This is also a great thing as women can be just like that, lesbian or straight, and it helps again to show that lesbians are just women after all, regardless of their sexual orientation.

In this show Nomi is a trans lesbian woman living with her bi-ethnic girlfriend. That’s fantastic in itself, but the past revolutionary difference? Nomi is played by a real trans actor and this is a first on TV. Usually trans characters are played by cis actors so this is ground-breaking stuff.

These two are great characters as they are such opposites. Nicole is a cop and Waverly is part of a family that are cursed. What an unlikely pairing! They’ve also both escaped death on numerous occasions which hopefully means there are no plans to kill them off any time soon. Another great positive.

1 thought on “12 Fictional Lesbian Couples That Changed Attitudes, Inspired Us And Made TV History”