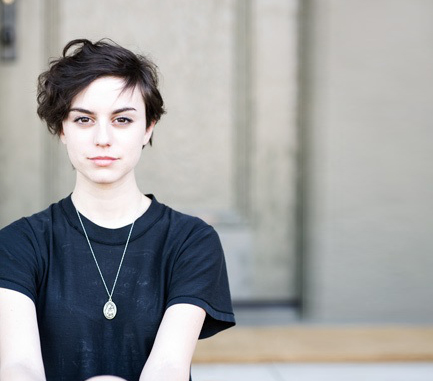 If you’re in the market for a new bestie, a Capricorn could be a good choice for you. Famous Capricorns include Elvis Presley, Edgar Allan Poe, and Mel Gibson, who are all well known for their creativity. There’s also Martin Luther King, Jr. and former U.S. President Richard Nixon – both known for their convictions. Basically, Capricorns are known for their inner power – something that makes them a powerful person to have in your squad.

Need more proof? Read on to find some of the great characteristics that are attributed to Capricorns everywhere!

1. They are calm under pressure, and know what to keep to themselves.

Unlike some of the other signs, Capricorns are reserved and cool. This means that they’re sure to be a good listener – they can keep their own emotions in check until they’ve helped you sort through yours.

2. They are known for their convictions and perseverance.

If you’ve already got a Capricorn in your life, most likely you know that they’re passionate and unyielding when it comes to the things they care about. Wouldn’t you like to be the one they’ll fight for?

3. They love power, authority, and respect.

And even better, they’re ready to command the respect you deserve, too. If someone is bringing you down, count on your Capricorn friend to put the other person in their place – and they’ll probably try to make them apologize, too.

4. They’re firmly planted in the present.

Some signs are quick to jump to conclusions, but not the realistic Capricorn. They understand that it’s more important to know something than to suspect something, and they won’t act until they’re sure it’s the right time.

5. They’ll be your voice of reason.

Capricorns understand that not everyone is able to look at a situation objectively – and they’re glad to lend their advice when you need it (even if you haven’t asked them to).

Even though Capricorns like to present themselves as a vat for facts and knowledge, they do allow themselves to show sympathy and warmth towards the people close to them. This makes them loyal friends.

Capricorns are known for their intelligence and quick wit – and sometimes we need a friend who’s going to call us on our crap. Leave it to your Capricorn friends to set you right when you’re in the wrong.

If you want a friend who’s known for their sense of humor, a Capricorn may be the right choice. After all, Capricorns are known for being funny and witty.

9. They’re willing to make an effort.

I don’t know about you, but I have a hard time staying on the same page with friends without priorities. Capricorns, on the other hand, are hard workers and always willing to do what it takes to ensure that everything goes the way it should.

It seems like everything else points towards Capricorns being rigid, but the truth is, their loyalties are more important to them than their pride, so if something isn’t working out right, they’ll change the plans so everyone is satisfied.

Of course, you should absolutely never use your friends for their money – but if you need to borrow a couple dollars, your Capricorn friend will probably have some saved just in case. Just don’t expect them to give it away for free – you don’t keep your money by handing it off!

Capricorns thrive on a close-knit community of friends and family, and their low self-confidence means that they will need validation from those close to them. However, this isn’t really a flaw, because they’ll be happy to offer you the same reassurances.