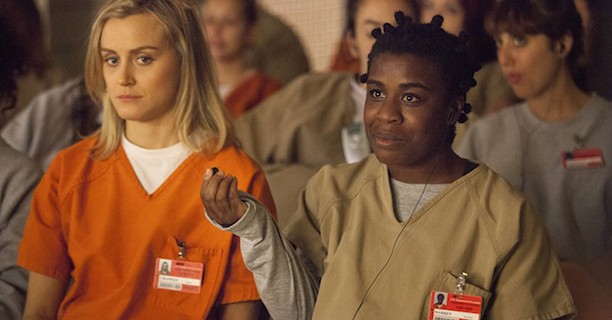 Have you ever had a first date that went so horribly wrong, but you couldn’t pull yourself away?

I know there have been a few dates I’ve been on that were absolutely dreadful. I remember one particular first date, the girl literally took me to parade to all of her friends. All of them. Like it was a giant house party at her place and, apparently, I was the guest of honor. Yikes.

As scary/creepy/flattering as that might be, the truth is that not all first date red flags are automatically bad.

In fact, some are actually pretty tame, but they serve as clues that your future with this woman is… Well, it’s not going to work out.

Maybe the most obvious red flag is when you go through all the trouble of setting and confirming a date, and she just doesn’t show up. Note that this isn’t necessarily the same thing as when someone has to cancel, although a series of cancelled first dates might mean that she’s a bit of a flake. Sometimes things do come up, but if she knows that things are going to come up, she won’t confirm the plans. No one repeatedly bails on someone they actually want to be with.

While it’s not technically her fault that she has the same name as your ex, it’s important that you’re able to separate her from the ex of the same name. Otherwise, it’s likely that you’ll be thinking about your ex every time you say her name. This brings all sorts of unwanted (and often unfair) psychological connections. Since it’s completely unfair to apply these comparisons to someone, and you can’t really help if your brain does it for you, it’s best to steer clear.

3. She kinda looks like your most recent ex (or maybe your first love, if they’re not the same person).

This is another situation where your brain can play games on you that are totally not fair – although sometimes, this one is an intentional self-sabotage on your part. We see someone who has all the attractive features of a person, and we may think that we can “do things better” this time. But it’s important to realize that our looks are such a small part of who we are as a person. Every first date is a fresh start – don’t screw it up by living in the past.

Okay, before I get any backlash: I know that there are people who are legitimately interested in open relationships. I’ve even heard that these open relationships work out great for them. But, if she didn’t tell you that she was married before you agreed to go on a date with her, and she’s rocking a wedding ring (or worse – the tan line from a recently-removed wedding ring!), she might not be being honest with her spouse, either. Is that really the type of relationship you want to be in?

5. She shows up drunk or high.

Personally, I have nothing against drinking. I’ve often joked that it’s one of the perks of having adult responsibilities – we get to buy beer to deal when said responsibilities get to be a little too much. But if the person you’re thinking about starting a relationship with is already drunk when you meet up with each other, or if she’s obviously under the influence of something a little more illicit, dating her is probably not a great idea. She shouldn’t have to pre-game before a first date – that’s just not a good sign.

6. She tries to pressure you to get drunk or high.

Truthfully, pressuring someone into anything that they don’t want to do, or that they’re not sure they want to do, is not cute, not romantic, and 100% not okay. Even if you think (or she says) she’s just trying to help you loosen up, this is controlling behavior, and if left unchecked it can progress further into manipulation and, eventually, full-fledged abuse. Get out at the first sign of peer pressure – trust me on this one!

I’ve heard that there are some people who don’t mind if their exes end up dating someone really close to them after they break up. I, for one, am not one of those people, and I will be very offended by it. What’s even worse is if you helped your friend or sibling get over the break-up, and you still went to date their ex. Sure, sometimes two people are just wrong for each other – but if you listen to the things that she did to hurt your loved one, and you still date her, you have no one to turn to when things turn out exactly the same for you. You were already warned, and you didn’t listen.

8. She talks about her therapist.

I went back and forth for a while on whether to list this one or not. On the one hand, therapy is definitely nothing to be ashamed of, and the sooner we can get rid of the stigmas surrounding counseling and therapy, the sooner it can actually help more people. But, on the other hand, there is an appropriate time and place for that, and your very first date is not the right time to bring up your latest psych sesh. That’s a conversation best saved for after you’ve gotten to know each other a little.

9. She tries to pressure you into having sex.

There’s absolutely nothing wrong with having sex on a first date, nor is there anything wrong with wanting to wait a little longer. The problem comes when one person wants to have sex, and the other person doesn’t. In cases like this, one yes and one no is definitely a no. Any woman who can’t respect your wishes does not respect you, and that’s not something that she’ll develop as time goes on. Get out before the disrespect gets worse!

10. She’s flirting with someone else, right in front of you.

Some people are “natural-born flirts”. I get that. It’s actually human nature to flirt in certain situations, at least to some extent. But she shouldn’t be flirting with the waitress on your first date, or the lady who tears your ticket stubs at the theater, or the woman who checked you in at the bar. If she can’t help but flirt with those around you, time is not going to fix this – she’s always going to be a flirt, and you’ll always wonder if she’s got some side action going on.

11. She brings someone else on the date.

One of my worst first dates ever ended up bringing a bunch of her friends on the date. I’d had a crush on her since middle school, before we ended up meeting up unexpectedly a few years later, so I looked past this red flag and paid for dinner for her and all of her friends… But it wasn’t too long before she started trying to bring other people along all the time. We didn’t have too many dates anyway (I couldn’t afford to date her and her whole crew, after all), but I want to pass along the advice: Only the people invited for the date, should be on the date. Everyone else can pay for their own dinner. No exceptions.

Depending on how long the relationship was (or how much she felt for her), it’s normal to still think about her from time to time. But if your very first date involves her telling you all about Ms. Not-So-Perfect, there’s a good chance she’s still hung up on her, and that’s just not a good sign for your future. If things go well, you’ll have plenty of time to rehash “you’ll never guess what my ex did” stories later (assuming these stories won’t make either of you uncomfortable). Don’t let her ex ruin your relationship with her.

13. You two are already fighting.

I know there are some people who like the “fire” that comes from fighting with their partner – but, again, I am not one of those people, and those people really only get on with each other. For most people, fighting right off the bat is a really, really bad sign, and it doesn’t matter how good the make-up sex might be – you deserve someone who speaks to you like a human being, not like a child. If she’s already fighting and you haven’t even had your first kiss yet, let her go and move on!