13 Habits To Help You Feel Better About Yourself 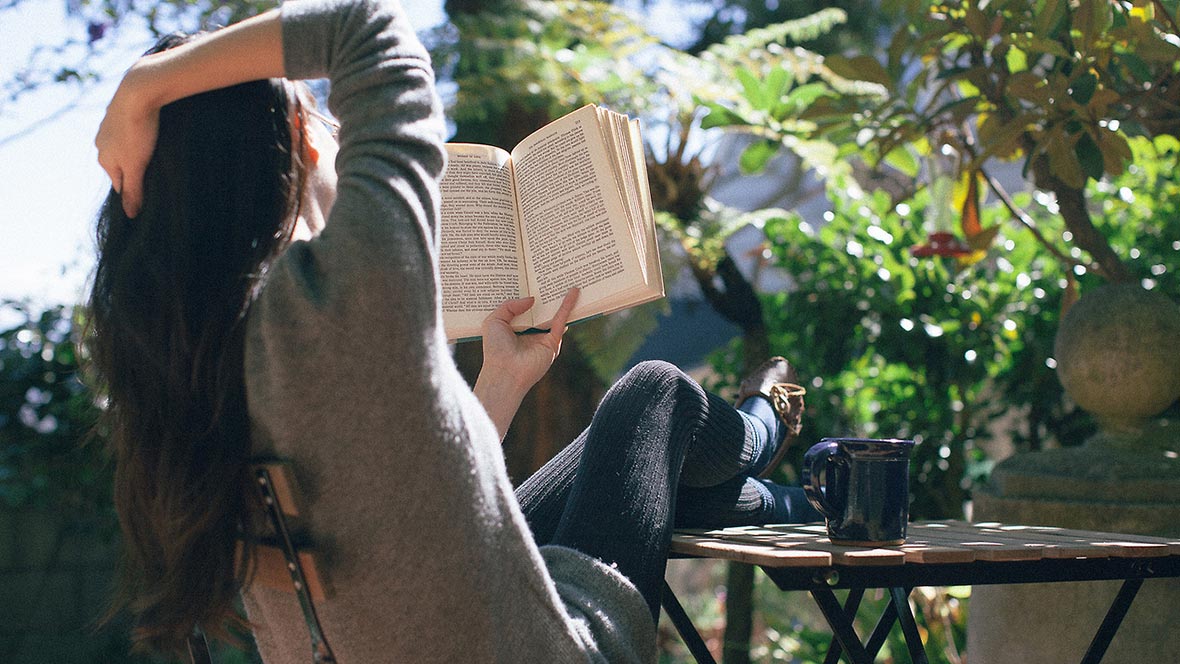 I’ve struggled with my self-image and self-esteem for most of my life. For a long time, I was ashamed that I even had these self-image problems, so I kept them to myself in the hopes that no one else would bring them up.

Unfortunately, though, I’d get really insecure if they ever did come up.

In my mind, I falsely associated my own insecurities with other people tearing them down – even though, really, I knew that I was at least partially responsible for how I felt about myself. Unfortunately, it wasn’t until I was already well into my 20s that I started to understand the real ways to fix my self-esteem – and it didn’t involve a bit of pretending.

We spend way too much of our lives thinking about the past and the future. Personally, I’ve had to fight the urge to plan my life months and months ahead of time, because something always comes up. I’d also dwell on the things I’d done wrong in the past. Instead, I’ve learned to simply take things as they come. After all, the only moment in time you have any control over is the one you’re currently in – so make the most of it. Release your hold on the future, and let go of your hold on the past.

2. Take time for yourself, every day.

Much like we spend too much time thinking, we spend too much time doing things for other people. Don’t get me wrong – doing kind things for others is one of the biggest joys in life. But you can’t give to others if you aren’t leaving anything for yourself. Instead, make sure you put yourself first, and fit everything else in around that. Suddenly, you’ll notice that your life has more joy in it – and that’s a great motivator.

3. Make it easier for you to eat healthy.

Many people feel like they “don’t like healthy foods,” or that they have a dependence on junk food. Most of the time, though, it’s just that the junk foods are easier to get to than the healthier foods – so prep something healthy ahead of time, so that it’s easy to grab and go. Your whole body feels better when you put the right things into it.

Even for people who consider themselves “fit”, we’re probably not exercising as much as we should. Most people don’t find most exercise enjoyable, and they think it’s the act of exercising that feels wrong – so they don’t look for an alternative. When you take time to find an exercise routine that’s fun to you, it won’t feel like working out, and you’re more likely to stick with it. Not everyone needs to load up on cardio, and not everyone has to enjoy strength training. Find what works for you – the specific type of exercise matters less than you might think.

This is one that’s still pretty new to me, but it has made a tremendous difference in my life. I find it easier to focus on my work tasks, which means I get more done and have more work satisfaction. It’s easier to forgive the people who have done me wrong, which brings me peace. And, I’m learning how to appreciate my circumstances, even when they’re unpleasant – which makes life in general a lot more bearable.

6. Allow yourself to forgive others.

Many people think that forgiving someone means that you’re okay with what they did to you. That’s not really it at all, though. True forgiveness is about setting yourself free from the pain you’ve felt in the past. It means acknowledging that it happened, and respecting their choices. It doesn’t mean that you have to take the chance of it happening again – you can forgive someone and still not want them in your life.

7. Accept your own forgiveness, too.

We’re often our own worst critics, and it takes work to move on from the mistakes of our past. Try to think of the things you’ve done to disappoint yourself, and try to empathize with your younger, less-informed self. After all, as long as you learned from it, you’re not the same person anymore.

8. Make plans and set goals – and make them happen.

Goal-setting and goal-achieving is pretty much programmed into our brains as a rewarding activity – but not everyone knows how to harness this inner reward system. Long-term planners and goal setters know the value in working towards something for a long time, and how satisfying it is once you’ve finally got what you wanted. Start with a few short-term, highly-achievable goals to get your momentum going, and go after bigger and bolder things when you feel more confident.

The way you speak to yourself sets the bar for how other people should treat you – are you talking to yourself the way you want to be talked to? It can feel really awkward when you first start trying to speak more positively to yourself, but once you get into the habit of correcting your negative self-talk, you’ll find that it really is easier to be kind.

10. Make time for your hobbies and passions.

Many people think that the key to success and happiness is achievement. Unfortunately, “achievement” has a number of broad definitions beyond the normal (financial) measures that come to mind. The most confident people know that all those little milestones they get to enjoy are just as important as any other achievements, even if they don’t make sense to anyone else.

Most people are far too competitive with one another, often bordering on full-fledged envy. We see the things that other people have, or the talents they possess, and we compare that to where we currently are. However, once you stop looking at these other people as competitors and start looking at them as possible mentors, you might find out a lot more about yourself than you ever knew before – and you may learn a thing or two about success, too.

12. Spend time by yourself.

I’m one of those people who has to take a few hours to recharge in solitude before social settings, so I’ve always put a high value on alone time. But it’s good for people who aren’t so introverted, too – even if they don’t need as much alone time to be happy. Try to take at least a few minutes a week to sit alone, in silence, and just process your life.

Finally, if you want to feel better about yourself, you should spend more time with people who feel good about themselves, and (preferably) about you, too. These people can help to build you up, and can help teach you ways to build yourself up. (I bet you didn’t know this, but they struggle with being positive sometimes, too – they’ve just learned how to get around their roadblocks.)

PrevPreviousShould You Attend A Women’s College?
NextHow To Come Out As ButchNext