One of the least argued lesbian stereotypes out there is that we, as lesbians, enjoy a good lesbian movie. The problem is, they’re so few and far between, that we end up watching so many more bad movies, and that sort of sucks.

If you’re looking for some inspiration for lesbian movies with amazing sex scenes, this handy list should help. Let us know in the comments if there’s one you think we’ve missed!

Ruby Rose and Christina Ricci in Around the Block

This is one of those random ‘remember when that happened?’ things that only lovers of Australian cinema or under-the-radar lesbian movie scenes will have noticed; back in the depths of 2013, Ruby Rose and Christina Ricci got it on

Karyn Dwyer and Christina Cox in Better than Chocolate (1999)

Better than Chocolate happens to be a personal favorite of mine (and not because my high school crush turned me onto it). No, the chemistry between Maggie and Kim (Dwyer and Cox, respectively) can be felt from the very first day – and it mirrors that type of whirlwind romance we all secretly wish we could get in our lives, peppered with some brutal reality. Oh, and there’s a sex scene with paint that results in some glorious and slightly awkward wall art. What more do you need?

It’s not too often that we see girl-on-girl sex scenes in movies that aren’t just two highly feminine characters, and personally, I think that’s probably part of why I adore Better than Chocolate so much. But, TITAO2GIL, as I shall call it now, shows a super cute (and super young) Holloman, long before her days on The L Word, with the popular girl from school – and an adorable, amusing, and totally relatable “first time” sex scene ensues.

Susan Sarandon and Catherine Deneuve in The Hunger (1983)

Move over, Twilight – bisexual women had their vampire-human love triangle desires quenched way earlier. This movie follows Miriam (Deneuve) and John (David Bowie), both vampires, and their torrid love affair with the human Dr. Sarah Roberts (played by Sarandon). Of course, when you’ve got vampires, and women who love other women, there’s going to be some happy lesbians in the crowd, am I right?

Usually, TV movies and lesbian storylines don’t really mix (well, until much more recently). But Gia tells the mostly-true story of lesbian supermodel Gia Carangi, played by young Jolie. Mitchell plays her long-time partner in the film, and the sex scenes (which are actually surprisingly graphic, for a TV movie) are sure to draw you in. If you haven’t seen this one yet, make sure you add it to your own personal list!

Some types of movies have an implied quota for sex scenes. The 1996 mob thriller Bound definitely delivered – and then some. It won a GLAAD Media Award the next year for Outstanding Wide-Release Film – which is no surprise, given the reputation set by writer-slash-director team Andy and Lana Wachowski (the same Wachowskis who later worked on the Matrix trilogy). This movie is definitely a modern classic, and the chemistry between Gershon and Tina is clearly visible. If you haven’t seen it yet, make sure you do!

Elena Anaya and Natasha Yarovenko in Room in Rome (2010)

Let me put it this way: This movie is called Room in Rome. And it’s about strangers… in a hotel room. In Rome. It’s already implied that there is going to be sex, but the way the two end up falling into a much deeper connection makes it magical, and pretty much guarantees that you’re going to want to watch it again and again.

What do you do when you, the pastor’s wife and stay-at-home-mother, fall in love with a gorgeous lesbian actress and have to juggle the complexities of discretion? Well, that’s what this movie is about, and as you might guess, there’s quite a bit of sexual tension, eventually culminating in hot, passionate sex. Because how else would the movie move forward?

I hate to admit that I have not actually seen this movie yet (but it is on my “To Watch” list for this year, I promise!). This one tells the story of Mia and Frida (Fernandez and Mjönes, respectively) who start an inconveniently-timed affair – one which starts at the engagement party of their parents. To each other. Making them soon-to-be step-sisters. Now, I’m not sure about you, but that sounds like it has the potential to go catastrophically bad… And I am definitely interested.

I mean… Have you seen either of these women? No further explanations necessary. 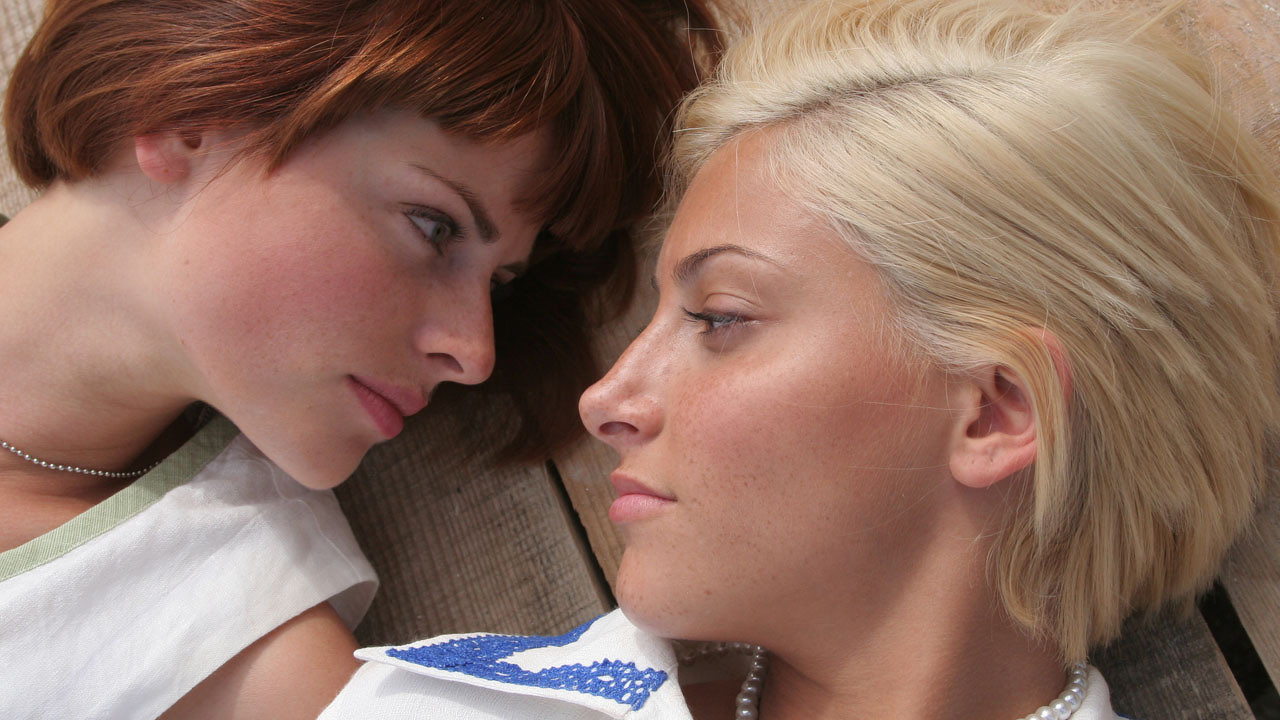 This film covers the taboo love affair between newlywed Sappho (played by Barrie) and Helene (played by Shiryaeva) while the former is on her honeymoon. I know, I know, the “let’s cheat on my new husband with a woman” trope is overdone, and quite frankly, I agree. But these women are gorgeous, and realistically, her husband is actually kind of a jerk, so… I guess we’ll look past it this one time.

Okay, I like a little realism and relatability in my movies (except my horror movies – please keep those as far away from real life as possible, please!). Whether it’s a realistic representation, such as butch queer characters, or historical representations – I’m in. The Sea Purple is a semi-true story about gender roles in the 19th century, and the complexities of falling for your childhood best friend. Sigh. Please tell me I’m not the only one who’s been there before.

PrevPreviousDaily Juice: Marnie Simpson Comes Out As Bisexual Ahead Of Launching New Clothing Line
NextOne Million Moms Go Into Meltdown Over ‘Once Upon A Time’ Lesbian StorylineNext