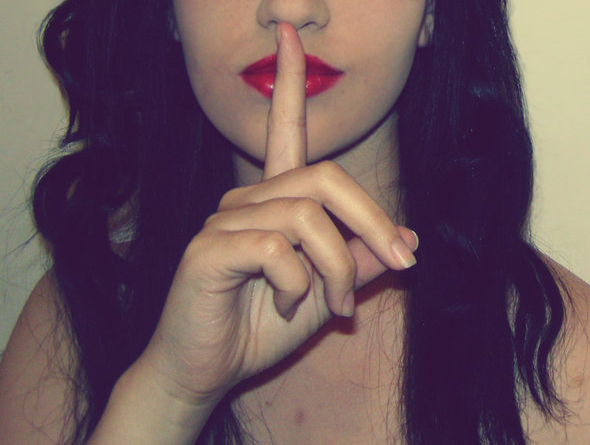 When it comes to sex, there are a few rules that most people aren’t ready to talk about. We should, though – they hold a tremendous amount of weight that’s not to be ignored.

These are things you should be talking about, with every partner – sometimes every time we have sex.

How many do you talk about?

1. Safer sex only works if it’s every time.

The temptation to skip over the things we do to make sex safer can be overwhelming sometimes. But unless you are 100% certain that you and your partner are completely faithful, and neither of you has any diseases, you must resist the urge to skip the necessary precautions.

2. Cuddling should be discussed beforehand.

Some women like to cuddle after sex, and some women don’t. It’s best if you know these things before sex happens so you don’t end up the weird clinger who’s cuddling with someone who doesn’t want to, or the weird hands-off person who would rather push your partner out of bed. Neither one is actually weird, of course, but if you don’t clear things up ahead of time, there’s bound to be some confusion.

Sometimes sex is spontaneous, and that’s great! But if you’ve carefully planned out your sexual encounter, you should make sure your hands are clean if there’s going to be any penetration with them. Bacteria under your fingernails (or on a not-washed toy) can cause a bad infection that makes sex completely out of the question, so it’s best to make sure you’re not putting your partner at risk.

4. Do you clean up your partner or let her do it herself?

This one’s a matter of personal preference, like cuddling. For some women it depends on how the experience was. For example, if you’re too tired to move, it might be nice to let your partner dry you up – but if you’re still way too sensitive down there, it might be preferable to do it yourself. Ask her before you assume.

According to Buzzfeed’s “Sex Etiquette Poll”, 82% of people think it’s weird if you don’t kiss after oral sex. After all, you should be comfortable with yourself, and if the smell of your own juices is a turn-off for you, maybe you should have washed up better beforehand – but this is an opinion, and not every woman will want to kiss after. Make sure she’s okay with it first.

6. Periods should come with a warning.

Not everyone minds period sex. In fact, here at KitschMix, we encourage it – when practiced safely. But you shouldn’t just assume that your partner is OK with going down on you when you’re on your period, and she shouldn’t assume that of you, either. Make sure you let your partner know if you’re bleeding down there so she can plan accordingly.

Sometimes it’s hard to get the right words out – we understand. But if you don’t ask, you can’t be upset when you don’t get it. You should tell your partner what you want, so that she can choose whether to give it to you or not. Just keep in mind that you asking for it doesn’t obligate her to do it – consent goes both ways.

8. Communicate the bad stuff too!

Many people think that if they have given consent, they are obligated to follow through with the entire act of sex, wherever it leads. This is absolutely not true. If your partner is doing something that you’re not comfortable with, speak up!

Unless you absolutely know that your lady is aroused by you not taking the time to get her aroused, make sure you spend ample time getting her warmed up. This is just as true for a long-term relationship as it is the first time you have sex. Don’t skimp!

12. Don’t give with the expectation of getting in return.

Of course, it’s rude to let your partner do something to you that you wouldn’t dream of doing to them – but people have different preferences. You shouldn’t give your partner something just because you think you’ll get it back. Hopefully everything all evens out in the end – but when you give something, you shouldn’t expect that they’ll return the favor. You should be doing it because you want to.

Casual sex is a tricky subject. Some people like sleeping around, and our society likes to tell these people that there’s something wrong with them. The truth is, as long as you’re acting safely, and with regard to your partner’s emotions, you’re not doing anything wrong. Most people like sex, so to pretend that liking sex more than liking a relationship is anything other than a preference is wrong.

Of course, there are easily at least a million rules when it comes to the etiquette surrounding sex. Sometimes you’ll set different rules for yourself, and that is 100% okay. But the most important thing is that you communicate with your partner and act with self-respect and dignity. (Yes, that’s possible even with casual sex – simply liking sex doesn’t mean you don’t have your dignity.)