15 Facts You Need To Know Before You Tie The Knot 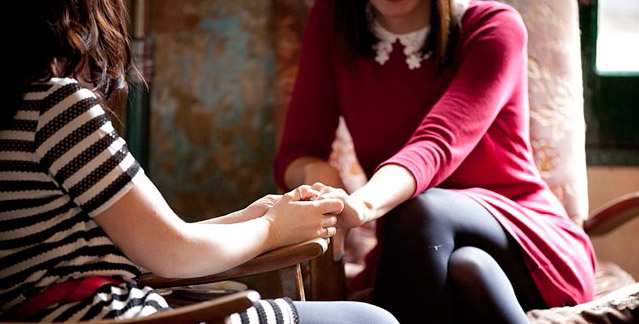 Yippee! So you’ve both finally decided getting married is the right thing to do, but can your relationship survive forever? Let’s take a look.

Waiting until you are at least 23 means you are less likely to get divorced.

The ‘honeymoon period’ only lasts around one year

You’ve all heard the expression of the ‘honeymoon period.’ This is a phrase used to express those early days of love when everything seems perfect. Unfortunately, this phase is heeded by a chemical in the body called Nerve Growth Factor, and according to a 2005 study carried out by the University of Pavia in Italy the chemical levels start to drop after a year. This is an evolutional necessity as it makes sure we do not remain in a high anxiety state as that can be metabolically dangerous to us mere mortals.

Two people can be compatible and incompatible on different levels

During the 1950’s and 1960’s a Canadian psychologist called Eric Berne claimed we have three tiers to our identity. The parent, the child and the adult. In a relationship the parent part of us is concerned with or values and beliefs in the world, our child side is concerned with the fun we have together and the adult identity questions our partner’s intelligence and how we solve problems together. We tend to seek partners that balance us out, so one may have more of the child in them and the other more of the adult. If the equilibrium is good, the relationship will be, but if it’s not well balanced this could cause problems.

Friendship in the relationship makes the strongest marriages.

A study carried out in 2014 by the National Bureau of Economic Research found that couples who are also best friends. Friendship in a marriage increases and can explain why good marriages survive and give life satisfaction.

Couples around the same age are less at risk from divorce

A study conducted with 3000 Americans who had been married found that age plays a big part in whether the marriage can survive. If the couple have only one-year age difference between them they are only 3% more likely to get divorced, but a five-year age gap increases that to 18% more likely. When that goes up to ten years you are 39% more likely to split up.

If your partner’s good news excites you, your relationship will be better.

If you are genuinely excited when your partner tells you something good has happened and you don’t just dismiss it or not take any notice, you are more likely to stay together.  Amie Gordon, a social psychologist at the University of California at Berkeley said a genuine response of happiness that something good has happened to your partner will make them feel good and shows strength in the relationship.

Couples who do chores together stay together

Yes, apparently this is true! If one of you does more chores than the other, it can build resentment which is detrimental in a relationship. In one study 60% of Americans said that sharing chores equally was a crucial part of a successful marriage. So in other words, gals, washing those dishes between you both will help keep you together.

The standards of Marriage are higher than ever

Years ago people would get married for a variety of reasons. Money, housing and security being just a few. These days we expect a lot more and we expect to get personal fulfilment from our marriage.

Couples never completely get to know each other

In 1997 a study was carried out between married couples and it was discovered that the longer you had been together did not mean you know everything about your partner, especially when it comes to their own personal opinions. When couples were asked how their other half would rate themselves regarding looks, intelligence and sportiness, only 30% gave the correct answer.

Researchers at the University of Denver discovered that couples who move in together to test how they get on actually know on a deeper level they are not really compatible and they suffered more from anxiety and depression. This is the time for honesty when one has to look at the reasons they moved in together in the first place.

Research carried out at the University of Connecticut discovered that if you rely financially on your partner you are far more likely to cheat on them then they would you. This could be for many reasons including giving your self-esteem a boost because you feel inferior to your partner’s better earnings, or you are simply rebelling against the fact you feel like a kept woman.

We all think everyone else cheats except our own partner

A 2015 study carried out at Calgary University discovered that people think there is a 40% chance people cheat on their partners, but they rated on average the likelihood of their partners cheating on them was only 5%.

Appreciating each other means you are more likely to stay together

Erin Brodwin from Business Insider reported that having gratitude towards your partner could be the key to a long lasting relationship. Everybody feels healthier and happier if they know their partner appreciates what they do for them so it makes sense that making your partner feel good and her doing the same for you means your relationship is far more likely to survive.

In time you realize you are not one person but individuals

So there you have it girls. 15 facts for you to mull over and look at honestly before you decide once and for all if getting hitched is the right thing to do.

PrevPreviousHow Your Mental Health Affects Your Romantic Relationships
NextHow To Maintain Sexual Desire In A Relationship, According To Science.Next