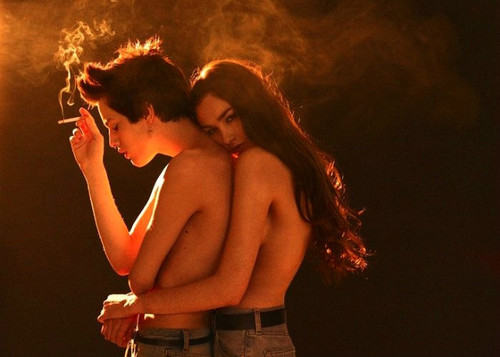 It’s so confusing sometimes when new words come up to describe a certain type of sexuality or relationship. I mean lesbian, bisexual, heterosexual, gay or transgendered seems enough to describe most sexualities, right?

Wrong. There are 15 that we have found so far and if you can learn them and learn the definitions it will definitely make you stand out from the crowd.

A person who experiences sexual attraction in a way that is considered the norm.

A person who feels a romantic attraction to androgyny.

A person who does not experience sexual attraction to another person.

A person that only experiences sexual attraction after developing a strong emotional bond.

A person that sometimes experiences sexual attraction in certain circumstances but has no desire to act upon it.

An asexual person with an active sex drive.

A person who experiences romantic attraction but doesn’t need or want it reciprocated.

A person who is attracted to those that are menstruating.

Someone who is attracted to all genders

A person that has non-exclusive relationships with people they are attracted to.

A person who doesn’t identify with any sexual orientation label and disregards them.

A person who is interested in someone else in a way that is more than friends but it is not necessarily romantic either.

Someone that finds the line between friendship and romance difficult.

A person that is attracted to someone because of their intellect.

A person who is sexually attracted to gender variant people.