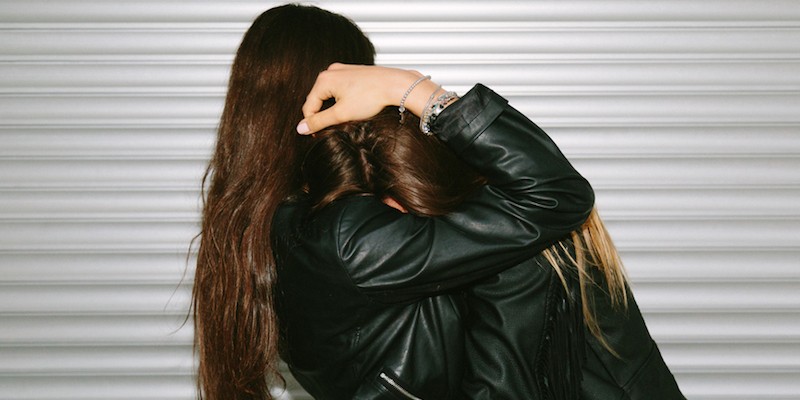 It would be nice to have some guarantee on the longevity of relationships, especially after all the work you’ve done to get into her in the first place.

Alas, there isn’t, and even the seemingly greatest lesbian romances are at risk when they’re not protected and cultivated.

Here are some things that will kill even the ones that started out amazingly well.

1. Taking each other for granted

You got her to commit, so now you can back off a bit on the effort, right? Wrong. Same thing goes for the other way around.

It’s often easier in the moment to swallow small grievances, but the resentment that builds and the inevitable explosion later on is harder to get past.

Besides sex, intimacy includes being emotionally close, physically close, listening, and nurturing that bond all the time.

4. When one person denies sex

Sex is just a part of healthy romantic relationship, and if two disagree on what this means, things can go downhill quickly.

Yeah, giving and considering her needs is important and necessary, but so is taking care of ones self. No one wants a partner who loses her identity in a relationship.

Feeling all about the relationship one day and like you could do without the next day will only leave the other person feeling unstable and insecure.

If the only time you spend together is on the couch at home, it’s easy to assume the feeling of restlessness is about the relationship, when it might just be about the routine.

There is a lot of learning to be had in a relationship; but not because one person takes charge. Nothing makes someone feel small like when someone they care about is constantly making them feel dumb.

Also see: 12 Types Of Lesbian ‘Non-Relationships’ You’ll Have Before You Settle Down

Of course it’s possible to rebuild trust in the right relationships, but experience it too many times and that vow of honesty starts to mean nil.

10. Being selfish in bed

If your sex life is routine and you’re both going at it with the mind-set of taking care of yourself, it’s going to build a gap between you.

11. Denying the other in public

Healthy couples don’t mind that other people know that they’re couple. If one person shies away from being open about the relationship, they might not be ready to be in.

If a conflict is discussed, apologies are made, and everything is back in order, no one should continue to carry around the anger about it. It’s like poison.

13. Being on different pages about life goals

A relationship can seem perfect in the moment, but if neither party is willing to make sacrifices about future plans then undoubtedly different paths will be taken.

Ever argue for the sake of arguing as if you’re a lawyer or something? Yeah… that. Seeing both sides to a situation is great, but claiming the opposite of everything he says just to do it is different.

Annoying things happen all the time, but usually when we’re with company we enjoy things like traffic or the wait at the restaurant don’t seem so important. When the small things threaten to ruin the night, they can start to threaten the relationship as well.