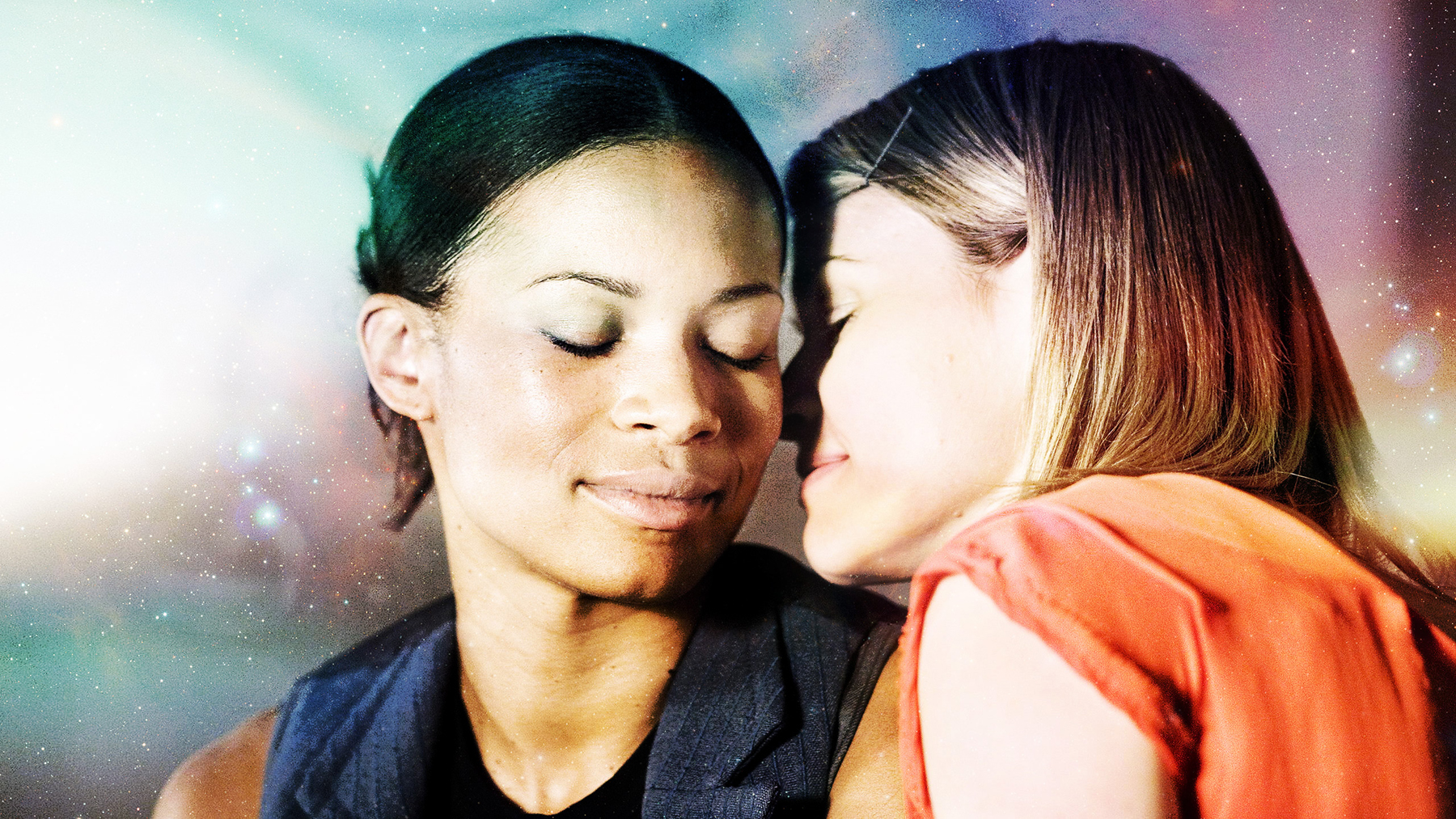 It should go without saying, but… This post is gonna have some spoilers in it. Just getting that out of the way ahead of time.

The past few years have been a miracle in terms of queer representation on TV. More and more shows are starting to include (or at least allude to) non-heteronormative storylines, even if the LGBT characters aren’t the greatest representation of queer culture at large.

Still, even with all the representation we get these days, it’s still really, really hard to find a show that not only has queer characters, but lets them stay alive and partnered up and… You know… Not total jerks. (Sigh, PLL… Why did you have to make the only transgender character a psychopath, who then dies in a horrible way? And, of course, there have been two other queer ladies to die in that show, too. But I digress.)

With all that being said, there are a few shows which offered their lady-loving-ladies a happy ending when the show ended. Join us as we count them down now:

It might be safe to assume that Ellen DeGeneres wouldn’t have allowed for her own character to have a horrible ending… But still, Ellen and Laurie finish out the show by confirming their commitment to each other, with the vow that they would be legally married as soon as it was possible to do so. 17 years later, it finally was – so the fandom should rejoice that the couple (presumably) made it down the aisle eventually.

Most jailhouse romances don’t seem to make it – partially because there’s the twisted idea that what happens behind bars “doesn’t really count.” Regardless, though, Helen and Nikki ended up running off into the proverbial sunset together, promising to take things slow onto the future. Aww. Slow-moving lesbian couples are my favorite.

As a huge Evan Rachel Wood fan, it always makes me super happy to see her in anything… Even if she’s not playing a queer character. However, her character in Once and Again was definitely queer, and the two were still together when the show was cancelled. We can only assume that they’re still together 14 years later, because hello, who doesn’t dream of marrying their high school sweetheart? (At least, you dream of that while you’re with that person. I’m sure things change if you break up. I didn’t exactly have a high school sweetheart, so I can’t confirm.)

Okay, okay… Kennedy isn’t Tara, and maybe we all hated her for that for a little while. But, to be fair, Willow seemed pretty happy with her – and they were still together when the show ended. TBH, our opinion about their relationship doesn’t matter as much as their happiness in their relationship, am I right? I’m right. Just trust me on this one.

Again, regardless of how you feel about the couple – and the fact that they were often paraded in front of poor Ross’s face at every available opportunity – there’s no doubt that they made each other happy. They even got married and raised little Ben together as a couple. Plus, Lea DeLaria and Candance Gingrich were in attendance at their wedding, which sort of gives them extra cool points. (We all wish we had such cool lesbian friends. Don’t even try to pretend you don’t.)

Does it count as “happily ever after” if you break up and then get back together? I’d like to think it does. When they moved to Canada to get away from the US government, the rest of the LGBT community in the United States wanted to be right there with them. Sadly… I’m still stuck in the middle of California myself… But one day I, too, will flee to Canada with my other half. One day.

Dr. Kerry Weaver went through more than her fair share of lesbian relationship woes before ending up with Courtney, but apparently the writers and producers came to their senses and made her fall for… a hot TV producer. Of course. Pat on the back to themselves, here, but whatevs – at least she’s happy at last!

Fun fact: This particular show had a lot to do with the timing of me coming out. Spashley went through a ridiculous number of bisexual back-and-forth, often trading turns with Aiden, the third side of their love triangle. However, once everything was said and done, Spashley ended up Uhauling off into the sunset together like every millennial queer chick in the fandom always knew they would.

GL fans weren’t super happy about all the crazy trials and tribulations that these two had to face, but thankfully the writers came to their senses in the end and let the two stay together, “forever” – or at least until after the show ended.

It’s rare enough for a TV show to let one queer couple ending, but for one show to allow two couples to stay together and live happily ever after? Pure joy. However you might feel about Bette and Tina (I’m not a big fan, myself) it’s nice to know that they were able to work through things, I guess.

And, Alice and Tasha will always be my favorite couple from the show, even if it wasn’t exactly confirmed that they were getting back together. They totally were.

Chris and Kris end up getting married and having a baby, while Jen and Sam happen to end up together too. Sure, it might have been another lesbian-centric storyline to begin with (which does increase the odds of an all-female relationship making it through), but still… Good job, Michelle Paradise, for making everyone happy with this one.

As sad as it is that Thirteen lost her job, and she’s got Huntington’s Disease (probably), and that her girlfriend’s name wasn’t ever revealed… They had a lovely relationship, we’re sure of it. And, as far as we can tell, they’re going to spend the rest of their lives together, because if you break up off-camera in a TV show it doesn’t really count.

I never really got into Glee when it was super popular, but Tumblr taught me all about the wonders that were the Brittana ‘ship. Once I ended up (briefly) dating a girl who was Brittana-obsessed, I got a little into it… And it turns out, the Brittana fandom got their way in the end, when the producers decided to let Brittany and Santana get married finally.

In a show that is literally about dead people, it’s hard to picture anything resembling a happy ending… Well, that is, anything about dead people that wasn’t directed by Tim Burton, of course. Anyway, Julie and Nikki not only made it in the end, but they even got to kiss when it was all said and done. Aww.

When the main character is a serial killer, you just know that people are going to die left and right. It was quite a shock, then, that Alana and Margot got to stay alive all the way to the end. Kudos, Alana and Margot… You guys really made it. Any show that deals primarily in the supernatural is sure to have extra pressures put on the characters… Especially when most LGBT characters get killed off pretty early on. However, Bo and Lauren made it, which just proves that things can work out – as long as you’re a supernatural entity, at least.