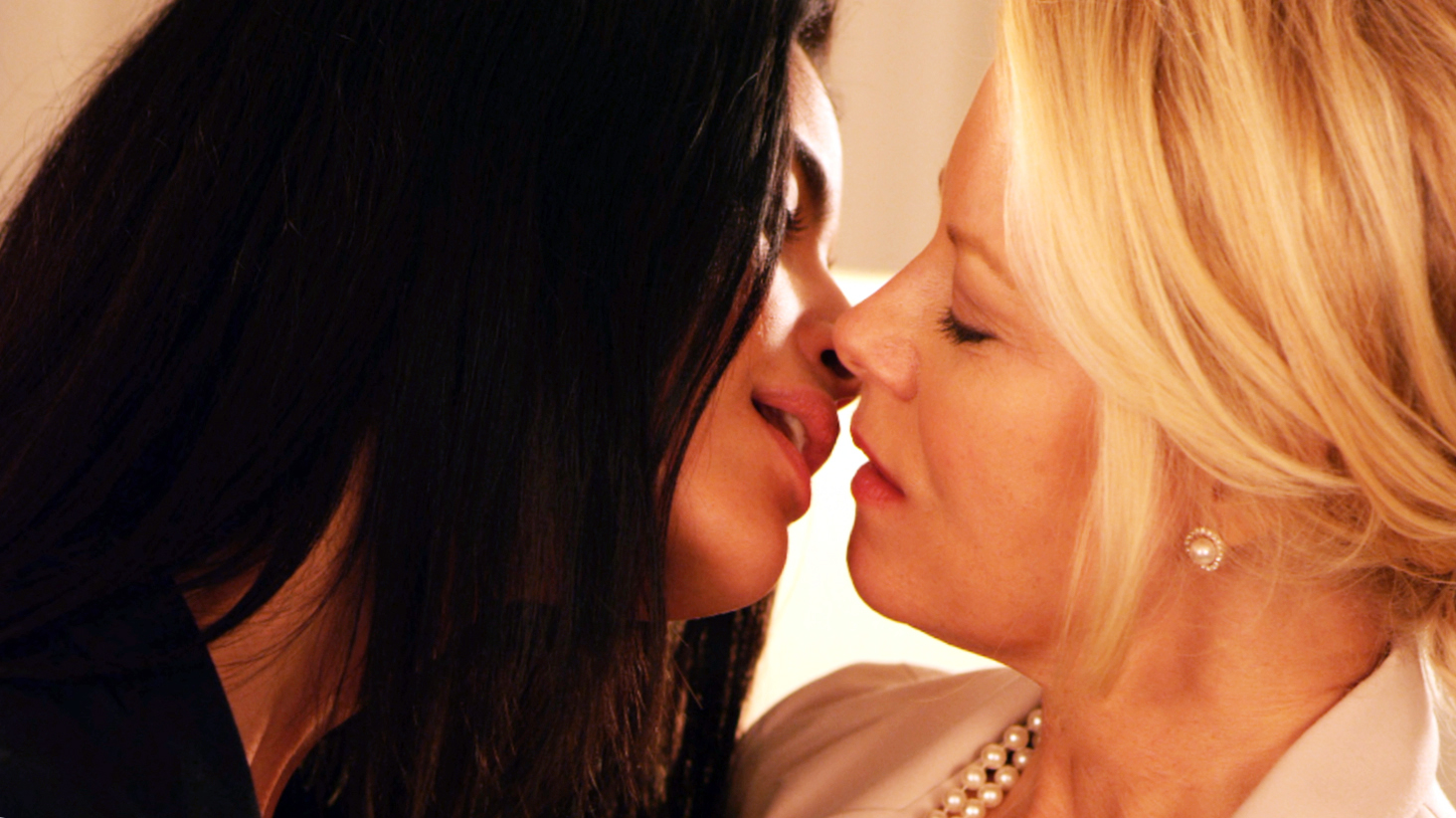 For many, it’s still not easy come to terms with your sexuality be it as a teen, a young adult or even if you’re in your late 40s.

But when you do, there is a moment of profound revelation (which is pretty awesome), and in cinema, these moments of realisation happens often in coming of age films.

There are some pressing questions which have been answered in the history of LGBT coming of age stories, which range from tragic to fabulous and everything in-between.

So we’ve rounded up the best of the best and found the words that make these movies special.

These LGBT themed films feature good writing, good acting, and good plots. So enjoy, and get yourself immersed in some significant LGBT cinema.

In this powerful tale of forbidden love, beautiful young Kiran (Suhasini V. Nair) falls in love with her lifelong best friend, the effervescent Delilah (Shrruiti Menon). But in their idyllic Indian village, tradition still dictates that a girl marry a boy chosen by her family. With longing in her heart, Kiran refrains from expressing her love.When their neighbor Rajan (Syam Seethal) asks Kiran to compose his love letters to Delilah she decides this will serve as an outlet for her feelings and begins to write passionate, poetic love letters to Delilah in Rajan’s name. When Delilah discovers that Kiran is the true author, Kiran tells Delilah her real feelings.

Boy Meets Girl is a funny, tender, sex positive romantic comedy that explores what it means to be a real man or woman, and how important it is to live a courageous life not letting fear stand in the way of going after your dreams.

Drop dead gorgeous Jessica Clark (True Blood’s Lilith) and TV icon Barbara Niven co-star in this glossy, sexy and fun romantic drama from writer-director Nicole Conn (Elena Undone, Claire of the Moon). When straight and married Rebecca (Niven) seeks out the sexual services of high-priced call girl Paris (Clark) she isn’t expecting to fall in love. A Perfect Ending is filled to the brink with aching desire, and the sexual chemistry between Niven and Clark is off the charts.

From out lesbian director Celine Sciamma (Water Lilies), Tomboy tells the story of 10-year-old Laure (played by the amazing Zoe Heran) who moves to the suburbs and decides to pass as a boy amongst the pack of neighbourhood kids. As “Mikael” she catches the attention of leader of the pack Lisa, who becomes smitten with her. At home with her parents and younger sister Jeanne, she is Laure; while hanging out with her new pals and girlfriend, she is Mikael. Finding resourceful ways to hide her true self, Laure takes advantage of her new identity, as if the end of the summer would never reveal her unsettling secret.

Gay teen Tim (Tyler Ross) and his two best friends Laura (Alison Torem) and Brea (Molly Kunz) spend their last summer before college grappling with their feelings about the fundamentalist Baptist beliefs of their families, and prepping for the Passion Play at their church. Preacher’s daughter Brie is having a crisis of faith while Laura quotes Leviticus to Tim.

6. When Night Is Falling

The beautiful Lisa Ray stars as Miriam, a doting wife and mother whose sudden attraction to the free-sirited Amina (Sheetal Sheth) throws her life choices into question. Their subsequent romantic involvement pushes the rules-that-bind and forces them both to face outrage and violent disapproval. Set against the back-drop of 1950s apartheid South Africa, this lush romantic drama showcases the stunning South African landscape and jazz tunes of the time to create a wonderfully atmospheric lesbian love story.

Inspired by the classic lesbian drama Maedchen in Uniform, out writer-director Katherine Brooks unveils this passionate tale of forbidden love with intelligence, wit and sensitivity.

With one sister pregnant and the other coming out of the closet and falling in love (with the adorable Nicole Dionne), the whole family is hustling to stay on top in the wild world of competitive ballroom dance.

When sexy, upper-crust society wife Alex (Keri Jo Chapman) falls for her old high school best friend, Grace (Teresa Garret) the snobby little town of Azalea Springs is up in arms. Alongside the budding romance, indie filmmaker Kelli Herd brings us a hilarious comic portrait of small-town life and a firm trouncing of homophobic intolerance as the whole town confronts the zany rumor that their water supply is turning everyone gay!

Moving between the vast enclaves of Middle Eastern high society and the stunning backdrop of London’s West End, I Can’t Think Straight explores the clashes between East and West, love and marriage, conventions and individuality, creating a humorous and tender story of unexpected love and unusual freedoms.

Winner of 28 awards, The Gymnast is a visually stunning film about hope, second chances, and finding the courage to defy gravity.

Talented Jane Hawkins (Dreya Weber) was an impressive gymnast at the top of her game until a devastating injury ended her career. Years later, a chance meeting sets Jane on a new path – performing a cirque style aerial act with a mysterious dancer named Serena (Addie Yungmee). As the stunning pair prepares for a Las Vegas show, the pull between them becomes increasingly unavoidable.

This award-winning portrait of lesbian life in the 1940s, 50s and 60s incorporates interviews, archival footage and a pulp novel dramatisation to illustrate this incredible time. With humor and grace, ten charming and fascinating women discuss what it was like being lesbians at a very different time in history.

Their candid and riveting stories bring to life what it was like coming out (or being closeted) and finding community amidst the homophobic backdrop of the era. Interwoven with this real-life history is the aching romantic, pulp-novel inspired tale of star-crossed lovers Mitch and Laura. The film also features an interview with the acclaimed 1950s lesbian pulp author Ann Bannon (Beebo Brinker, Odd Girl Out).

As the two debate back and forth, Noel also falls under Claire’s charms, but she is wary, having recently suffered a disastrous breakup. As each faces her fears, an intricate – and sensual – “dance” takes place between them, as they move apart, then come closer and closer.

Fate brings two diversely different women together, and sets them on a collision course that will shatter their preconceived notions about love, life and the power of one’s soul.

To everyone’s surprise, Vivian and Cay hit it off immediately as Cay introduces the shy academic to the wild-west casino scene as well as the breathless beauty of the desert. It’s not long before Vivian finds her friendship moving into unexpected passion. And for Cay, it’s the first time she has met someone who stirs her deepest emotions.

This exquisite coming of age tale follows a pair of Latina teens who fall gradually in love against the backdrop of Southeast Los Angeles.