17 Queer Spoken Word Artists That Will Leave You Speechless 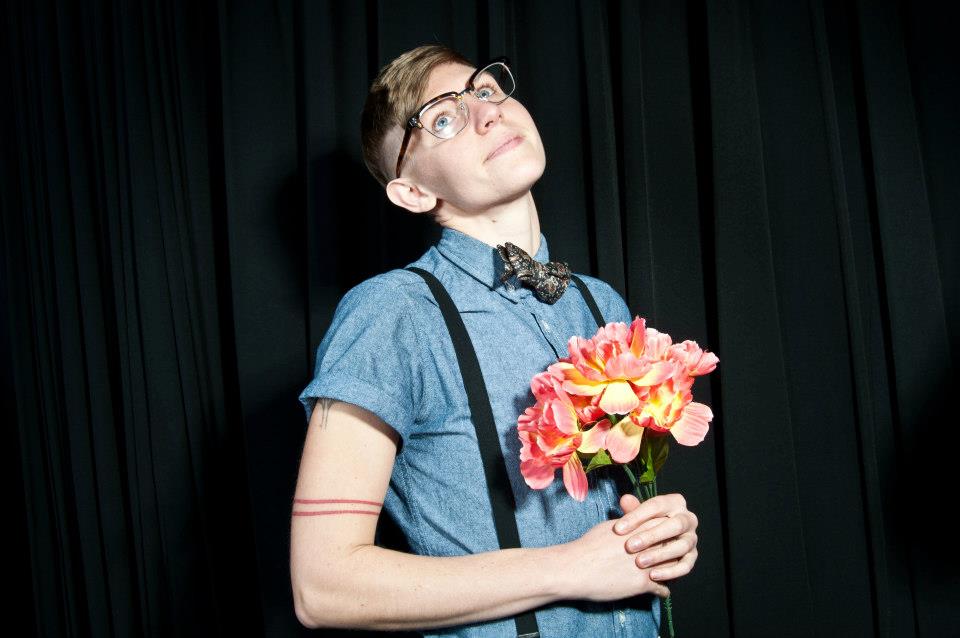 Slam poetry is a form of spoken word poetry that includes the reciting or reading of an original poem that can be also combined with acting, choreography, and other forms of performance.

The main characteristic of slam poems is to perform them, to focus on certain points with a specific choice of tone or volume in the voice, actions of the body, or facial expressions. The purpose of slam poems is usually to evoke intense feelings, to raise awareness about an issue, provoke, and deeply move people to think, feel, and react. Usually, slam poetry is political, used as a tool of expression against some form of sociopolitical oppression or injustice.

There is no set form, rules, or structure in slam poetry. One of its point is to challenge authority of any kind, and thus literary and academic authority as well. The true judge in slam contests is the audience. According to Bob Holman, a poetry activist and slam poet of the Nuyorican Poets Café, called the movement “the democratization of verse”. In 2005, he said:

The spoken word revolution is led a lot by women and by poets of color. It gives a depth to the nation’s dialogue that you don’t hear on the floor of Congress. I want a floor of Congress to look more like a National Poetry Slam. That would make me happy.”

Slam poetry is often associated with hip-hop and dub poetry and usually takes place in the form of a competition where performers are judged by a panel or by audience response. It was influenced by the free verse style of Beat poets, like Jack Kerouac and Allen Ginsberg. The first poetry slam is thought to have started by American poet Marc Smith, at the Get Me High Lounge in Chicago, in November 1984.

It moved to the Green Mill Jazz Club in 1986 and in 1988 the first slam poetry took place in New York City’s Nuyorican Poet’s Café, hosted by Bob Holman. In 1990 the first National Poetry Slam in the US took place in San Francisco, making slam poetry gain ground really quickly, especially in America, where young poets wanted to democratize and diversify poetry, against the strict academic standards.

Slam poetry has often been used to express the feelings and experiences of LGBTQIA+ people, producing intense, moving samples of excellent work.

Here is a list of my favourite slam poems. Don’t limit yourself to reading the descriptions. If you haven’t seen them already, please do; they might change your life, and my words do them no justice.

About the gender- binary, stereotypes, and gender essentialism, expectations society has from you, whether you are deemed as deserving of love based on how you conform to them.

The way a trans person experiences things such as the threat of suicide, being refused proper medical care, homelessness, rejection, these numbers and statistics, while still being told they’re too dramatic.

Lee Mokobe: A powerful poem about what it feels like to be transgender

What it feels like to be transgender, to try to be understood and seen as a person instead of a threat or a bunch of fears, to see your body as your home that needs to be welcoming and comfortable instead of doomed by other people as a mausoleum.

A letter to straight people, straight allies, straight bullies, and queer girls, speaking about the discrimination a queer person faces, and about having to prove queer love and defending your identity.

On the sexualization – but not acceptance of the sexuality of – women, their fetishization and objectification by society, the double standards imposed upon them, the reduction to their bodies which are policed, harassed and subjected to male pleasure. Intensely powerful words in favour of bodily autonomy, sexual freedom, and against rape culture.

Reply to the “Hi, I’m a Slut!” video, adding some important points. Focuses further on “woman equals sexualized but not sexuality” in society’s eyes, refers to misconceptions about virginity, and other oppressive expectations society sets on women.

Brenna Twohy – Fantastic Breasts and Where to Find Them

Talks about pornography, the dehumanizing, abusive ways in which women are often depicted in it, stripped of their autonomy, their right to pleasure and personhood. Uses fanfiction to show why women prefer stories and depictions that include them in non-fetishized representations, letting them be more than a man’s sex object, and part of a bigger story.

Talks about the queer haircut and the invisibility of femme people before getting it, the notion that they’re not “gay enough” to belong if they don’t look or act a certain way, the exclusion within the community.

Addresses problematic standards for gayness from within the community, how harmful and wrong it is to equate sexuality with body parts, gay guys and how they can hold misogynistic or racist views, allies that make it all about themselves, about media representation and the community that settles with bullshit, because we are desperate to be recognized, represented and accepted.

Dia Davina – In Between

About being non-binary and the ways that you need to be loved while finding your place through experimentation, standards about gender, fighting for inclusion and acceptance of every piece of who you really are.

A poem exploring all the myths and misconceptions about being asexual, a story of discovering that you are asexual and realizing that you don’t have to meet with all the expectations set by society for sexual people.

A poem on realizing you might be neither a girl, nor a boy. About being non-binary, the social dysphoria of being misgendered, the different ways of experiencing gender dysphoria (or of not experiencing it at all), of realizing that maybe you’re not broken after all.

A poem about mansplaining and whitesplaining, recited by a black man and a white woman both of whom speak over each other, for the other person’s problems. Addresses the issue of people speaking over others, of different intersections that are not parts of their identities and of things we haven’t all experienced, but also of realizing that we have all been through different things the need to speak up for others’ needs after realizing your privilege, so that no one is left without a voice .

A poem about the discrimination, problematic reactions, and threats that gay people have to face, answering in a unique, sarcastic way, to the question “have you ever written a gay poem?”

A powerful poem about the uncertainty, stereotypes and fears that trans people have to face every day, against the hateful, dehumanizing rhetoric and behaviours directed to them, a cry of desperation that reminds us that trans people are people often stripped by their humanity, and they need to live with dignity and without fear.

Ash Hardel – We get it, you’re gay

A poem about how people might tell you that you’re too loud about being gay, that you make a big deal out of it, when in reality it’s society that forces you to face your identity all the time, to apologize about it, to protect it, to be harassed about it, invisible in a heteronormative context, faced with the privilege straight people don’t realize they have every day.

Speaks about femme bisexual women who are ostracized by both straight and gay communities, stripped either of their queer identities, or of the expression and appearance that makes them feel more like themselves. Femme bi women are read as queer by straight people only for the sake of fetishization, threatened to be force-turned to straight by men, invisible in the activist world, deemed as confused or going through a phase, alienated and at the same time told they’re privileged.