17 Things People In Open Relationships Hear Too Much 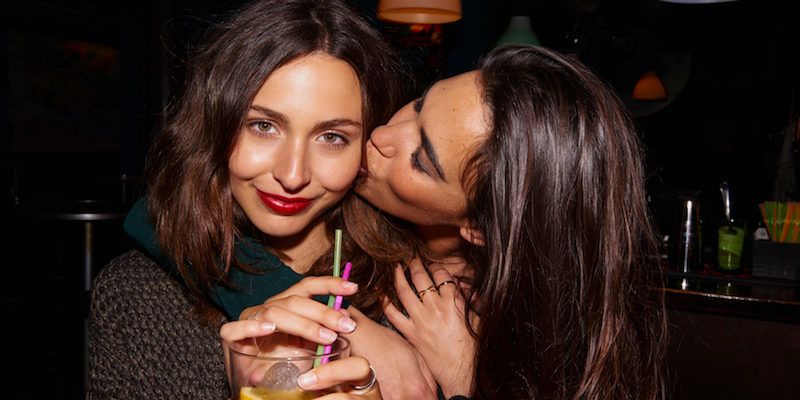 Just because polyamory isn’t for you doesn’t mean it isn’t for someone else. If you catch yourself saying these 17 things…rethink.

1. Open relationships are God’s way of saying you shouldn’t be together.

Or it’s God’s way of saying that human relationships are diverse and should be explored.

First, there’s nothing wrong with liking sex, and second, relationships – whether those relationships are with a primary partner or secondary ones – involve so much more than sex. Like a lot of movie nights.

Because an open relationship is a valid relationship. Why don’t you break up with your significant other?

4. Cheating is cheating, even if you have your partner’s consent.

5. Clearly you’re not happy in your relationship.

On the contrary, people in open relationships experience higher degrees of happiness.

6. You can only love one person at a time.

Unlike petrol, love is not a finite resource, and you can love different people different ways.

Tell this to the MoreThanTwo.com.

8. That’s basically polygamy, which is illegal.

Having relationships or sexual/romantic encounters with more than one person at a time isn’t the same as marrying all those people. This isn’t Sister Wives.

Except that they do.

10. Doesn’t that make you jealous?

Communication is the key to overcoming jealousy.

11. So do you and your partner just talk about all the different people you’ve slept with?

Some polyamorous couples do. Some don’t. Every couple has their own agreement.

12. That means you’ll sleep with anyone.

Just because someone sleeps with more than one person, that doesn’t mean they will sleep with every single person in the world. For instance, some people in the world are narrow-minded, and a poly person might not want to sleep with them.

So is sex, if you think about it. Lots of fluid.

15. Your parents must be so ashamed.

16. You’re overcompensating for something sexually.

Sex doesn’t have to be tied to trauma and insecurity. Besides, instead of “overcompensating,” why not say “enhancing”?

If you’re in an open relationship, what are you tired of hearing?