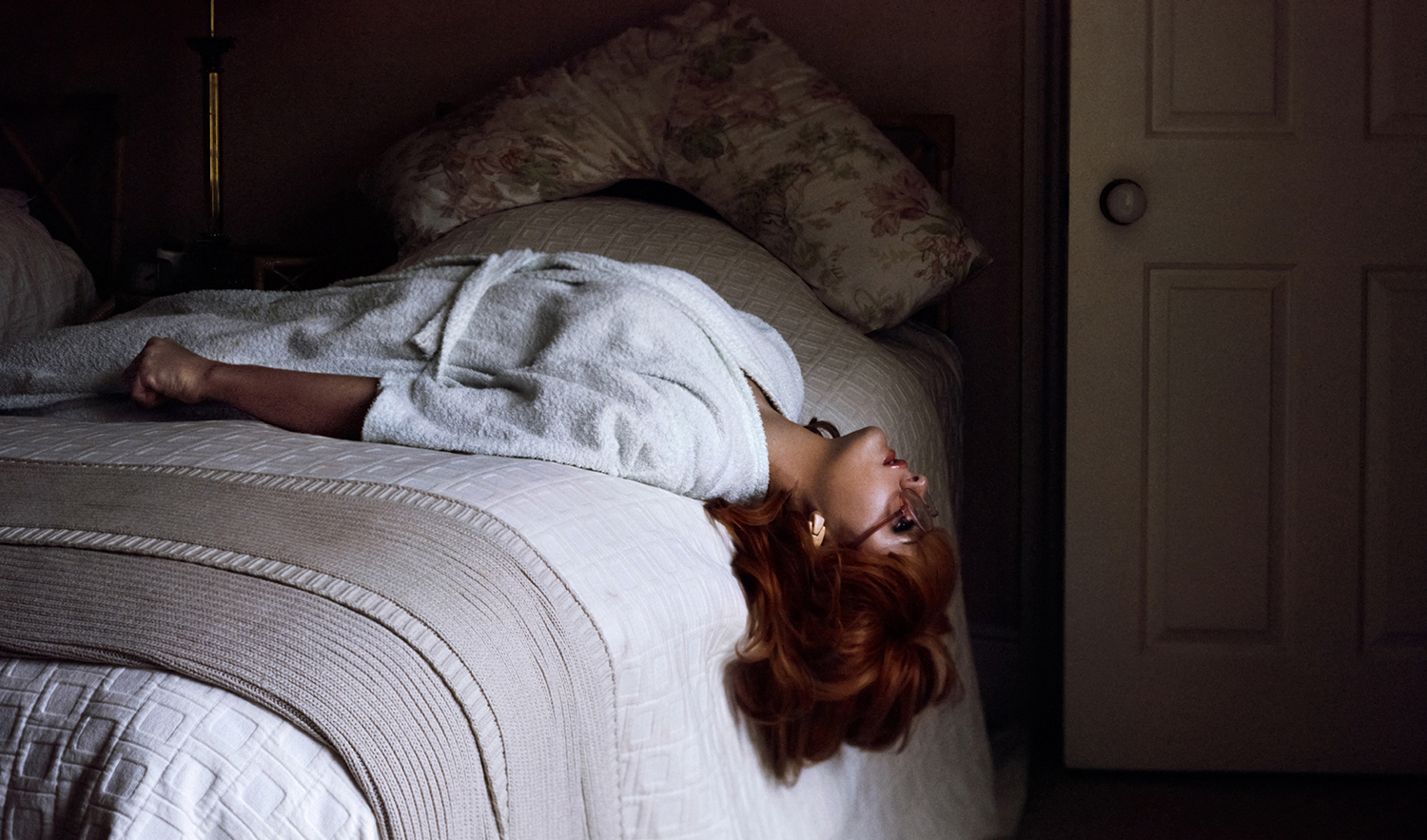 Sex is a complex issue for many women. We love it, but we want it on our own terms. Yet sometimes, just because we want sex doesn’t mean we really need it.

In fact, there are a number of reasons you should say no – even if you really, really want to say yes.

I think we’ve all been there at least once – you and your lady break up, “for real this time”, but you’re still super attracted to one another. And after all, you don’t want to go out and find someone new, just to have sex with them. But if you think that you and your ex are really done, adding sex back into the mix is just going to confuse the issue. Don’t do it.

2. You’ve got an upset stomach.

Ladies, we know we probably shouldn’t be overly active when we’ve got an upset stomach. If you’re nauseous or – heaven forbid – things are threatening to come out the other side, it’s best if you say no to sex. It doesn’t matter how much you want it. If your upset stomach evacuates on your partner, they may never want to have sex with you again. Just don’t risk it.

Apparently there are some people who are turned on by flatulence. If you’re dating one of those women, this isn’t really going to apply to you. But for the vast majority of women, a little toot to the face is enough to kill the mood – best not to risk it.

We know we should say no if there’s any type of infection down there, but sometimes that can be hard to remember. Think about this: The more foreign matter you introduce to the already-present infection, the longer it’s going to last. Wouldn’t it just be better to wait a few days?

5. You’re sharing a room with someone.

Whether you’re staying with family for a visit or you’re sharing a hotel with your BFFs, it can be difficult to resist the urge to sneak in a quickie while they’re sleeping. In fact, some women may be turned on by the risk of being caught. But chances are, if the person who might catch you is someone you know and you’ll have to deal with in the future, risking them seeing you having sex with your lady is going to be incredibly awkward, now and in the future.

It’s one thing if you’re irritated with her, but to actually not like your lover at all – it’s probably best if you don’t have sex with her. I know that physical attraction can be overwhelming sometimes, but if your partner is someone who you’re not going to have anything in common with outside of the bedroom, having sex with her simply based on how she looks is really not a good idea.

7. She’s cheating on her partner.

Note that there is a big difference between “cheating” and “polyamory”. If all partners involved are aware of the fact that there are other partners, it’s safe to proceed. But do you really want to be the side chick? People who intentionally meddle with someone who’s already spoken for are just as low as the people who are lying to their partners. Don’t be that person.

8. You’d be cheating on your partner.

9. Either one of you is too drunk.

Drunk sex can be a lot of fun – but it can also be a lot of confusion. I have a personal rule that I won’t have sex with someone if there’s any chance that the intentions could be misconstrued. Too drunk to send a coherent text message? You’re probably too drunk for sex, too. Just say no.

This is actually a more blanket statement than it sounds like. If you don’t know the first thing about your new lover, it’s best if you don’t get wrapped up in sex with her. After all, if you don’t even know her name (or how old she is, or whether she really likes women…) you’re setting yourself up for a bad reputation. Truly, reputations can be unfair, but why would you intentionally do something to ruin yours?

It can be tough to turn down sex when you really want it, but you’re running late for something “more important”. If you’ve got to ditch your responsibilities in order to have sex with someone, that’s a sign that your priorities are out of whack, and could be a sign of a psychological dependence on sex. Do your best to avoid it.

The laws surrounding the age of consent vary from region to region, and in some cases they may be different for same-sex couples than they are for opposite-sex couples. Be sure that you know the laws in your area; even if both partners are willing participants, if the law says she can’t consent, you can get in a lot of trouble.

Some women are shy – I totally get it; after all, I’m pretty shy myself. But if you can’t handle the idea of discussing sex with your partner (including safer sex, your desires, and your personal boundaries), you can’t handle actually having sex with her. Some people may not agree with this, but whether you choose to acknowledge it or not, sex is a big decision and it comes with a lot of responsibility. Don’t let the heat of the moment stop you from making an informed decision.

Some women may be attracted to women who are mean, rude, obscene, or any number of things. If you think she’s a jerk, you shouldn’t be sleeping with her – even if you’re in a relationship with her. (Of course, you shouldn’t be with anyone who’s not good to you anyway, but that’s another subject entirely.)

Rebound sex is one of those things that can cause a tremendous amount of uncertainty for people. Truly, it can lead to deeper emotional problems down the road. If you’re not over your last lady yet, you shouldn’t try to push yourself to sleep with someone new – it’ll only end up hurting you in the end.

Technically, sleep is a responsibility. It can be tempting sometimes to squeeze in a quickie before you fall asleep – but there will always be a chance of falling asleep during the quickie, and that’s not sexy – at all. It’s best if you wait until you’re more rested.

I’ve recently become aware that there are people who are greatly aroused by the idea of “dirty sex” – the smellier, the better. But unless you’re actually dating one of those people (and you know that they like it like that), you should wait until you’ve had a chance to clean yourself up. Of course, skipping a day every now and then isn’t likely to be an issue, but if you’re preoccupied by the idea that you smell – down there or anywhere else – you’re not going to enjoy the sex. Luckily, this one usually only takes about ten minutes to not be an issue anymore – just take a shower!

18. You’re in a public place and could get arrested.

Okay, okay. I’ll admit that I’ve had sex in public places. A lot, actually. It’s not always so horrible – if done carefully, there may be very little chance of being caught (while still maintaining the sexiness of the risk). But if you’re somewhere you could easily be caught, it’s important to remember that most places consider public indecency to be a sexual offense – meaning you could be labeled a sex offender for the rest of your life if you’re caught in the act. If you’re turned on by the idea of public sex, make sure you’re doing it somewhere you won’t get caught by the police. It can ruin your entire life if you’re not careful!

PrevPreviousWhat Happens When Not Enough Sex is a Relationship Deal Breaker
NextFact: More Time You Leave Between Relationships Makes You A Better Partner For Your Future GFNext