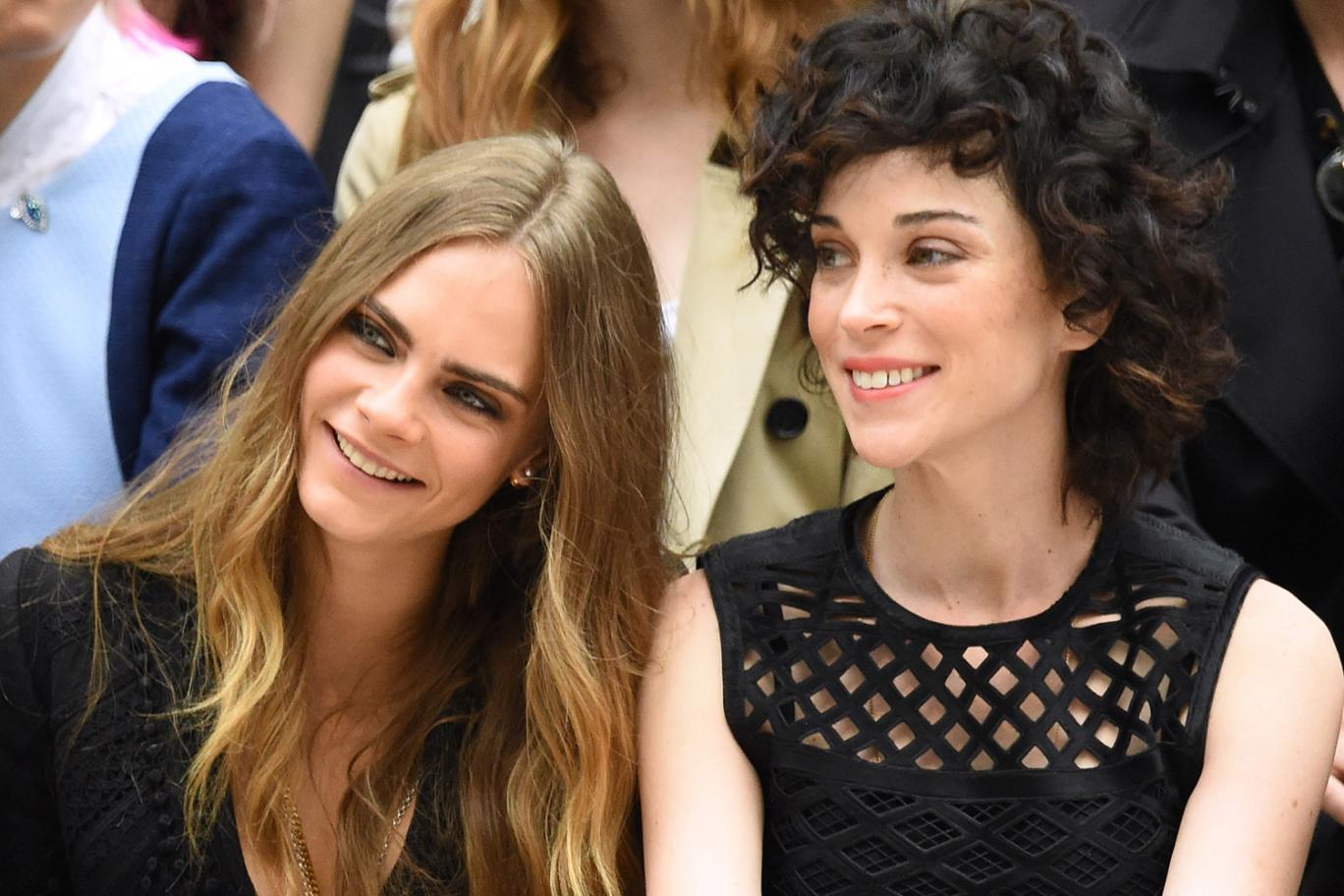 We love these out celebrity couples. Not only are they absolutely adorable together, but they also provide still needed representation of loving LGBT women in relationships.

Being in love with my girlfriend is a big part of why I’m feeling so happy with who I am these days.”

Ellen Page made her red carpet debut with her artist girlfriend, Samantha Thomas, in September 2015 at the Toronto International Film Festival for the Freeheld premier. This pair couldn’t be any more adorable, even with five inches of height difference between them.

Samira Wiley and Lauren Morelli aren’t just a cute couple — they’ve also played a huge role creating one of Netflix’s best original shows – Morelli as writer, and Wiley as actress. This Orange is the New Black power couple got together in 2014, and are still going strong.

Maria Bello has gushed all year along about her girlfriend, activist Clare Munn saying recently,

She’s one of the most beautiful, charming, brilliant and funny people I have ever met. We laugh a lot together.”

The couple have now been together since 2013, and are raising Bello’s teenage son together.

Everyone knows Jodie Foster, a multi-hyphenate A-lister (actress/writer/director/producer/etc./ad infinitum) who is virtually guaranteed to have been involved with one of your favorite movies, in some way or another. Her wife, Alexandra, is best known for playing the devious Dylan on The L Word, but she’s also an established photographer and filmmaker.

The two were married in 2014, and ever since have looked blissfully happy.

This adorable couple has been dating since Ditto was 18, and were married in Maui in 2014, and again on December 31st when they were legally married in their home state of Oregon.

When it comes to the most fashionable couple of the year, street style fashionista Michelle Harper and wife Jenny Shimizu have it in the bag.

The Shimizu and Harper celebrated their first year of marriage this year. Bless.

… I met someone who was a a great fit for the real me…She’s also a YouTuber. We’ve actually been friends for a couple of years and then…circumstances kind of aligned. Her name is Ingrid and she is a big YouTuber. But she’s also one of the most brilliant, soulful people I’ve ever met. It’s so good.”

Although rumors of divorce seem to always trouble Ellen and Portia, they still are the queen and queen of lesbian couples. They have been together since 2004 and tied the knot in 2008 – the equivalent of a 30-year marriage in celebrity years. They have both kept their successful careers going, and always seem to be incredibly psyched on each other.

Actress Lily Tomlin and writer Jane Wagner may have gotten legally married in 2013, but the pair met 44 years ago, in 1971.

In the 2012 book We Killed, legendary comic Tomlin told the story of how she’d wanted to come out about her relationship with writer Wagner at the height of the career in ’70s, but was told she couldn’t because it would ruin her career.

And then, after that, we had to go outside to the car, which was in front of the theatre. There was a huge audience, and when we got in the car, her fans were rocking the car back and forth. And the idea that somebody’s career could actually be ruined and that their lives could get ruined was astonishing. To go from that to ‘You can’t let out that you’re gay or they’ll hate you’ struck me.”

Forty years later, they are out and people still love Lily.

Another awesome married couple. Chely and Lauren met only two weeks after Chely came out of the closet in 2010, and they were married soon after. The now have twin sons and post loads of pictures of them on Twitter. Chely has been a great advocate for LGBT rights and did a documentary about her coming out story.

The band mates went public about their relationship in 2011 after they were discriminated against on a Southwest flight. They don’t talk much about their romantic relationship, but they did say in their statement, “We were simply being affectionate like any normal couple.” Just any normal hot couple.

The musician and TV writer were best friends for years before they took it to the next level and Melissa couldn’t be happier.

Finally through relationships and through my own growth process and understanding of my life and my own choices, here I am in a situation where I’m in a relationship with someone who I’ve been friends with for 10 years. We’ve got a track record of friendship-love to begin with. Then to bring that closer was just really natural and a beautiful thing. It’s the most supportive, healthy relationship I’ve ever been in, so I’m not surprised that my music is reflecting that.”

Producer, writer, and actress Lena Waithe may be on her way to being a household name, but the other half of this power couple is equally impressive. 31-year-old Alana Mayo is the VP of Production at Paramount and was named one of Hollywood’s Up-and-Coming Execs 35 and Under by The Hollywood Reporter. These two could take over the world together.

Comedian Tig Notaro and wife Stephanie Allynne quietly tied the knot in October. Notaro joked on Twitter: “I’m getting married today. My only fear is that instead of ‘I do’ I’ll say ‘I do do’.”

Netflix’s documentary, Tig, showcases their relationship, including Allynne supporting Notaro through her battle with breast cancer.

MSNBC Superstar Rachel Maddow and artist Susan Mikula have been together since 1999, when Maddow was hired to do yard work on Mikula’s Berkshires property. They now live together in a pre-Civil War farmhouse in western Massachusetts. Livin’ the dream much?

Amber Laign and Robin Roberts met while on a blind date. Robin Roberts came out publicly in 2013 over Facebook, and announced that she had been in a relationship with Laign since 2005.

Wolfe and Gosk (both NBC News correspondents) are some kind of NBC super couple. We’re not sure how they first met, but we’re guessing it was at some kind of super posh Olympics coverage party. We do know that they have two daughters, and are both pretty much rocking this power couple game.

Since finishing her run on Sex and the City, Cynthia Nixon has stuck to acting in short form pieces of fried gold like Alpha House and Hannibal, while her wife, Christine Marinoni, has been working as a special adviser for community partnerships in the Department of Education in New York. If a politician marrying a hot actress isn’t the definition of a power couple, then what is?

The Talk co-host Sara Gilbert and award-winning songwriter Linda Perry married in 2014 and still seem to be in their honeymoon phase – we dare you to find one photo in which they aren’t both smiling. However, 2015 was a big year for the couple. Gilbert gave birth to the couple’s son, Rhodes Emilio Gilbert Perry, back in February, and the duo released the children’s album Deer Sounds that features Rhodes.

In December 2015, reports revealed that American Horror Story star Sarah Paulson was in a committed relationship with Two and a Half Men actress Holland Taylor. Before then, Taylor, who is 32 years older than Paulson, had admitted to being in a serious relationship with a woman, although she wouldn’t say who it was.