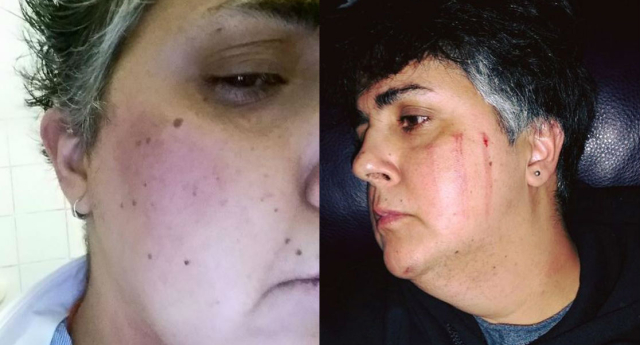 Hundreds of people have taken pictures of themselves wearing a tie in solidarity of Helena Martins who was attacked in south London last week.

Martins was yards from her home when she was punched in the face and strangled with her tie in what she believes was a hate crime.

I don’t think I’ll be rocking a tie in the near future. Today, one street away from my home, I was assaulted by a man who just went berserk at me, trying to pull my tie off. I’ve got a scratched and punched face, a sore neckline by all the tie pulling and a very bruised soul.”

Martins, who has lost her hearing due to Ménière’s disease, lost her cochlear earplant, which she relies on to hear, in the assault. 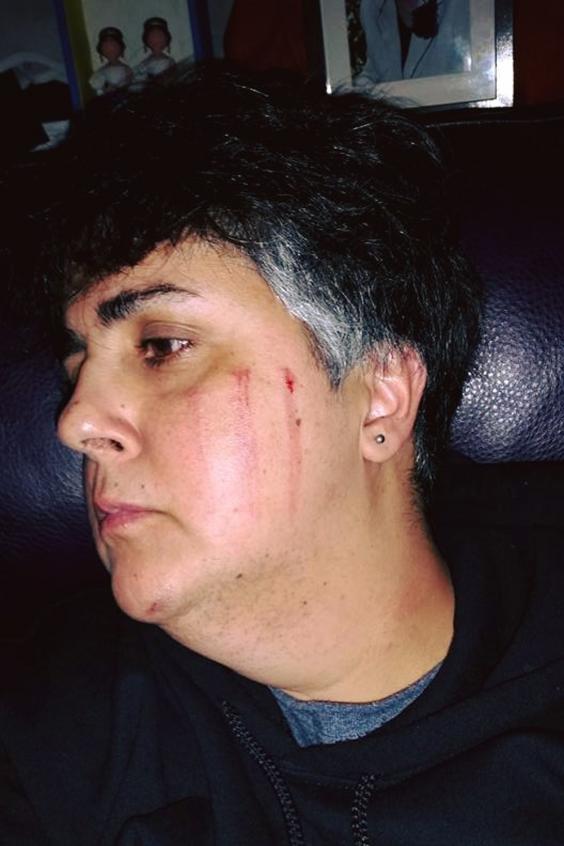 She wrote that homophobia and transphobia are “still very much alive”, and said:

If you hear or see someone making fun with pub jokes, harassing or bullying of LGBT people, making comments while watching TV or a movie or whatever… Act. Speak out. Some women wear ties, some men wear skirts. Get the heck over it. One thing is true: I shouldn’t be punched in the face for wearing a tie.”

Her experience has now inspired a friend to start #TieForHelena, asking people on social media to wear a tie on Tuesday 15 December in to show their support.

I think that we should show support for Helena by all of us wearing a tie – so we can all rock that look. If you already wear a tie to work, then great, you’re part of the gang. If you don’t, then for one day, please do. You can wear it rakishly, dashingly, with a suit, with slacks, or maybe even ‘Rambo style’ like we used to on the school playground occasionally. However you wear it, please take a photo and upload it to social media with the hashtag #TieForHelena.”

Sarah Moore from Stonewall, who have called on supporters to wear their ties today, said:

We believe that people of all genders should have the freedom to present their aesthetic and use clothing to express themselves in any way they choose, without fear of confrontation. Helena’s bravery and commitment to transforming this awful incident into something positive is remarkable, and we’re honoured that she is choosing to raise money for us.

Our work to end homophobic, biphobic and transphobic bullying and hate crime will continue until everyone, everywhere is free to express who they are and is accepted without exception.”

I didn’t plan to wear a tie today. Last night while doing wife’s tie knot I felt really uncomfortable, but after seeing all the posts on Facebook and Twitter, I’m feeling the love and joy. Love conquers everything – hate included.”

Hundreds show their solidarity for hate crime victim with a #TieForHelena.https://t.co/i0t24Dt8vK pic.twitter.com/5tprGtnwVH

My boy wearing a #TieForHelena because homophobia ain't cool!! pic.twitter.com/8RTAMhWdvC