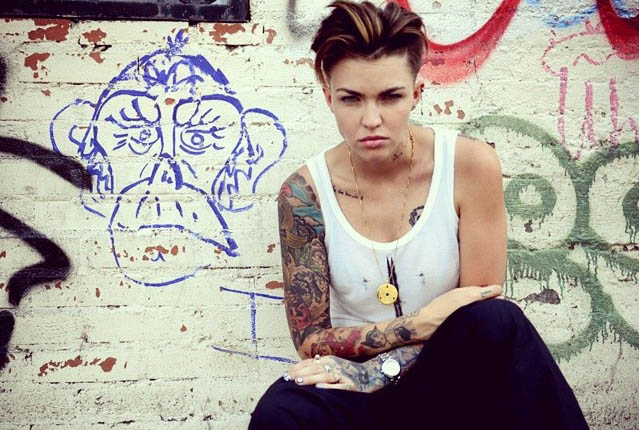 Did you know Ruby Rose was the fifth most Googled person in 2015? And now she’s newly single, that focus looks to intensify.

So like all celebs she’s staying focused and strong, and making sure she shares that with adoring fans.

Over the weekend, Rose shared a snap on Instagram of herself working out at the gym, just days after splitting from fiancée Phoebe Dahl.

Training for John Wick with @murphyfitness,” “I keep looking for roles to play a couch potato but no luck! Tanned in winter thanks @fakebakeusa @muatanyapp LOL.”

The actress has joined the cast of the sequel to the hit 2014 film John Wick, which starred Keanu Reeves.

Rose and her fiancé have called off their engagement – giving single people everywhere the best holiday gift money can’t buy.

Dahl told Us Weekly  in a statement.

While we still love each other and support each other in every way, it is our mutual decision to part ways. Our break is not the result of any media speculation, and we want nothing but the best for each other. Thank you for respecting our privacy in this very difficult time.”

@FAIRCLOTHSUPPLY remains very dear to my heart. I will forever treasure our time together. I’m a better person because of all we shared.”

You have brought me to my best and I will always love you. I can’t wait to see what the future brings for us.”