In Review: Lesbian Film Highlights Of 2015 And What We Can Expect From 2016 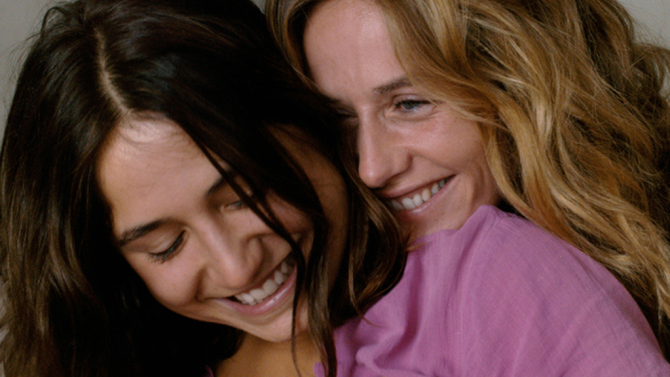 Did you notice that this year you actually got to see lesbian films outside of the LGBT film festival circuit? And that several of them got nominated for (and even won) awards? And they even had big names attached to them?

That’s right, 2015 was a really interesting (and important) year for LGBT movie-goers as more LGBT-themed films got accepted and publicised by the mainstream.

While that meant that we heard about some duds (such as Stonewall, which was rightfully ripped to shreds by critics), it also meant that some true cinematic diamonds got the spotlight they deserved.

Yes folks, 2015 showed that it actually pays to play gay.

Just about everyone has high praise for Carol and with its leading ladies having both picked up Golden Globes nominations for their brilliant performances in the movie, but it’s being tipped for Oscar nominations as well.

Carol, based on Patricia Highsmith’s novel The Price of Salt, is one of the most talked about films of the year. Not only does it star Cate Blanchett and Rooney Mara in a May-December relationship (that also has a class divide) but it’s also beautiful shot and the depiction of 1950s America is absolutely exquisite.

Starring Ellen Page and Julianne Moore in a May-December relationship, based on a true story, Freeheld tells the tragic story about a police officer named Laurel Moore who is diagnosed with terminal cancer.

With the help of some friends, Moore and her domestic partner Stacie Andree fight to ensure that Laurel’s pension benefit get passed on to Stacie even after Laurel passes.

Prepare to shed some serious tears watching this one.

Grandma is an unusual twist on the buddy movie genre. It stars out actress Lily Tomlin as the titular grandma, who, after the death of her long-time partner and having split up with her girlfriend after four months, has to help out her 18-year old granddaughter.

Her granddaughter is pregnant and needs money for an abortion, but, being broke and having had her credit card confiscated by her mother, the two women have to find the cash for the procedure, opening old relationship wounds and rehashing old arguments along the way.

It’s a TV movie, but Bessie deserves its spot on this list. Out director Dee Rees’ film about blues singer Bessie Smith was nominated for a ton of Emmys and won several, including the Emmy for Outstanding Television Movie. Great acting, amazing music and big names like Queen Latifah and Mo’Nique made for a splendid film. Any worries that Bessie Smith’s bisexuality would be underplayed are squashed after watching this film. And she’s not the only queer lady in this biopic either.

The film, is written, produced and developed by Purple Milk aka Natalia Leite and out producer Alexandra Roxo, two independent filmmaker from Brooklyn. Together they have worked on documentaries, like the upcoming Serrano Shoots Cuba, and the web series Be Here Nowish (which you can watch on KitschMix.tv), which they wrote and also starred in.

Despite autumn being the best season of the year, this one doesn’t offer much to smile about as the titular ‘Liz’ is a lesbian who has terminal cancer. Things aren’t going much better for her love interest either as she has lost her son to cancer.

It sounds pretty miserable on paper, true, but Liz In September has gotten a warm reception from critics at least, especially for the performance of Patricia Velasquez (who came out this year) so it’s worth a watch.

Romance! Criminal hijinks! A queer woman of colour triumphing over a racist buffoon! All About E has got it all, as it stars the titular ‘E’ and her gay best friend as they get into trouble after accidentally steal money from the club where E works.

A gay Mission Impossible this is not, but it is a great deal of fun and you’ll really enjoy seeing E and her ex-girlfriend rekindle their relationship.

Blue Is The Warmest Colour take a seat; Summertime (La Belle Saison) is the best gay, French film on the block. Featuring farm girl Delphine as she leaves her parents place in the countryside to come to the city, the movie follows her as she meets a feminist named Carole who she promptly falls in love with.

There are (and this is a rough approximation) 1 billion and one films about heterosexual historical figures getting married, cheating and dabbling in royal politics. So why can’t queer characters get the same movie tropes? Lucky for us, The Girl King solves that problem, focusing on the (very real) Queen Christina of Sweden as she assumes the throne at a young age following her father’s death.

A true rebel, despite her title, Christina is pretty fond of peace (despite everyone around her wanting war), wearing men’s clothing and sword-fighting too, but you’ll mostly likely be interested in her romance with Countess Ebba Sparre who becomes one of her ladies in waiting.

Yes, this is another movie where a lesbian and straight girl become friends and there’s some sexual tension, but Skin Deep is a lot more than that. The film is about two women – with their own dysfunctions – meeting at what should be the worst time ever, yet somehow its not.

Seventeen-year-old Sangaile is fascinated by stunt planes. She meets a girl her age at the summer aeronautical show, near her parents’ lakeside villa. Sangaile allows Auste to discover her most intimate secret and in the process finds in her teenage love the only person who truly encourages her to fly.

When you’re part of a marginalised group, ‘there’s a high chance of discrimination’ is almost inked in small print at the bottom of the sign-up sheet, as is the nature of the thing.

The Same Difference by first-time director Nneka Onuorah, sheds light on an issue we rarely see discussed in this medium: hypocrisy in the black lesbian and bisexual community. A code of behavior and appearance exists and it’s strong, but as the movie shows us, there are women living outside of these boxes and they often aren’t received well. The film also looks at the judgment bisexual women, pregnant aggressive, and stud-on-stud couples face.

So what films should we being looking out for in 2016?

About Ray tells explores the questions of identity and family ties. With Malificient actress, Elle Fanning, playing a New York City teen Ray, who is transition from female to male. Naomi Watts will play Ray’s single mother, Maggie, who must come to terms with raising her only daughter as a son. Long-time LGBT ally, Susan Sarandon will play Maggie’s mother Dolly – a music manager who lives with her lesbian partner and has a hard time understanding her grandchild’s decision.

The release date for About Ray has been pushed around, but it finally looks like Dec. 31 will be the day. Give me a break–most of you will be watching Susan Sarandon play gay in 2016.

In short, First Girl I Loved is about a 17-year-old who falls in love with the most popular girl at school. The backstory about the lives of three young girls from Phillip Island and follows their trip to Hawaii — the first step on their journey to making a break as professional surfers.

Discover the trials and tribulations of training, competitions and injury whilst gaining an insight into life on the tour through the eyes of three girls. With magic footage and stellar photography, First Love will surprise, entertain and inspire a generation of female surfers.

Almost Adults, starring Carmilla favourites Elise Bauman and Natasha Negovanlis, is also set to come our way in 2016. The film is about a platonic love story between two life long best friends struggling to keep their friendship together as their lives head in different directions.

Also, look out for out actress Kate McKinnon in Ghostbusters, and hearing Ellen DeGeneres in Finding Dory.