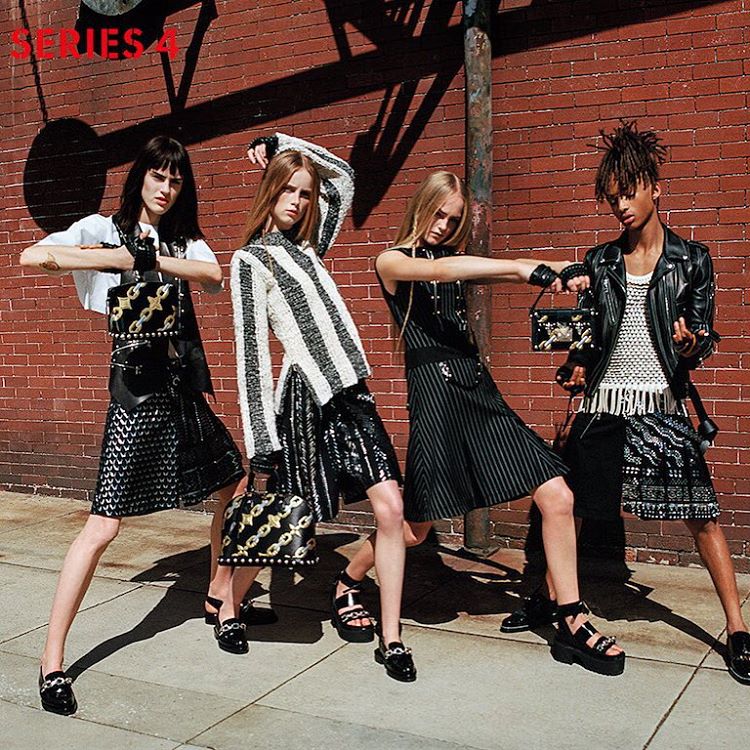 Will and Jada’s 17-year-old heir has just been announced as the newest face of the fashion house’s Spring/Summer 2016 campaign.

Smith’s barrier-breaking clothing styles have been buzzed about since he was first seen rocking a dress back in April.

He has since worn a dress to prom, as well as a Batman costume to Kim Kardashian and Kanye West’s wedding. In an interview with GQ, Smith discussed the motivations behind his fashion choices, marking them as a form of expression.

“I’m just expressing how I feel inside, which is really no particular way because everyday it changes how I feel about the world and myself, but I like wearing super drapey things so I can feel as though I’m a super hero, but don’t have to necessarily wear super hero costumes everyday,”

Peep the photos from Jaden’s upcoming Louis Vuitton campaign below: