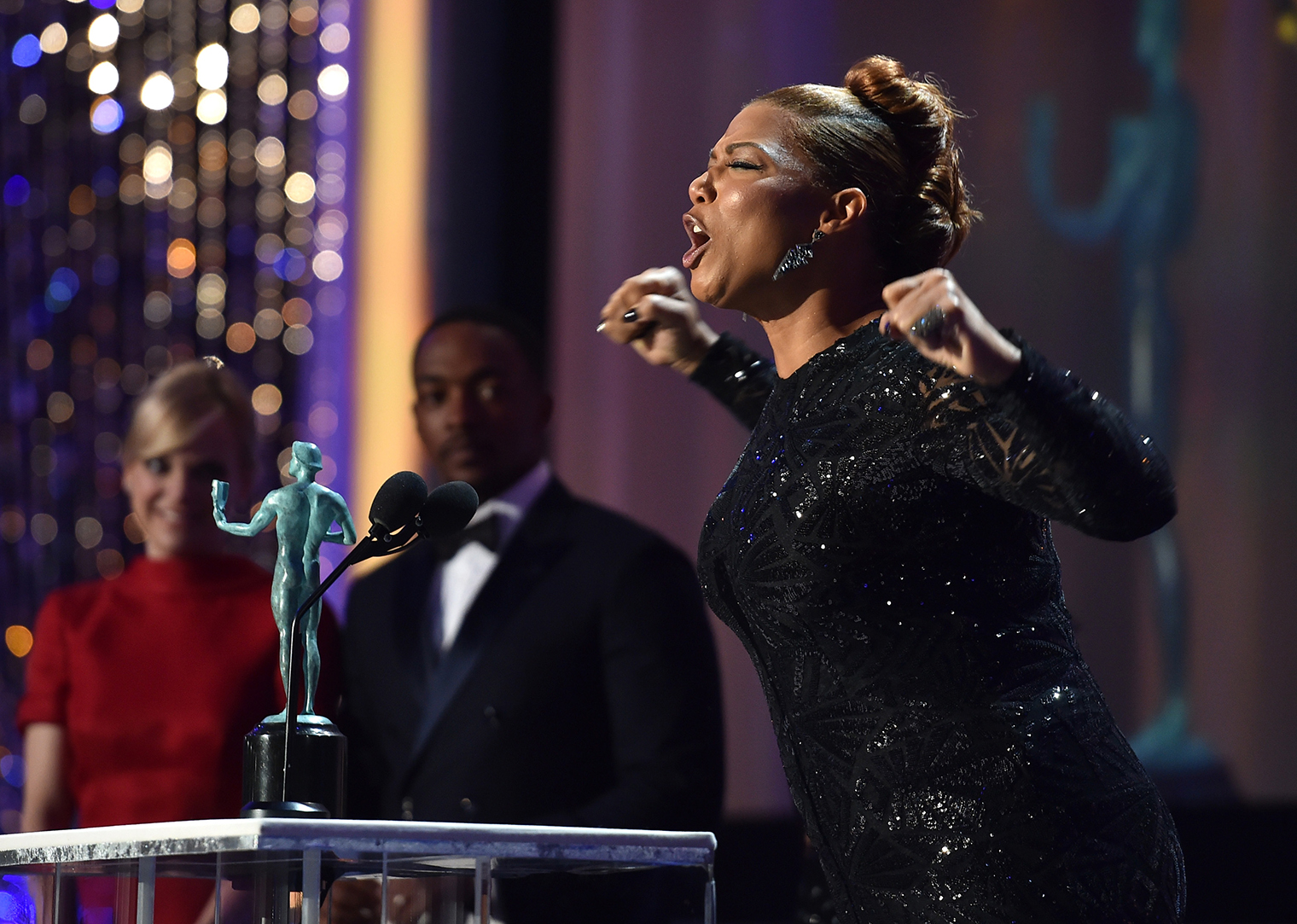 The 22nd annual SAG Awards took place in LA on Saturday, and a number of diverse shows – some portraying LGBT characters – picked up the main awards.

Queen Latifah led the field, picking up the award for Outstanding Performance by a Female Actor in a Television Movie or Miniseries – for her role as bisexual blues singer Bessie Smith in HBO’s Bessie.

The actress and singer, started her speech with a few arm curls of the heavy trophy and then paid tribute to the Bessie team.

But it was when she was wrapping up that her speech really sang. ‘Don’t let others put you in a box’, she told viewers.

“I hope that anyone out there who doesn’t come in a package that anyone says you should. Knock that thing away and do you.” 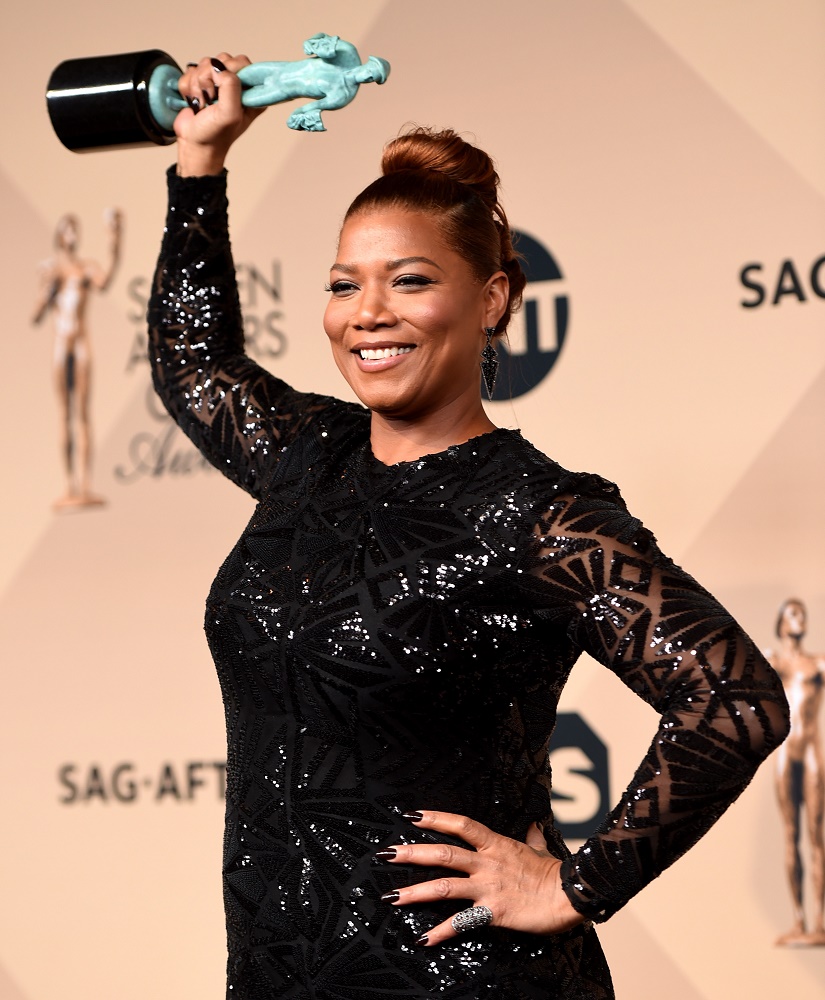 The cast of Orange is the New Black also had a very good night.

Uzo Abuda picked up her second award for Female Actor in a Comedy Series for her role as Suzanne ‘Crazy Eyes’ Warren. 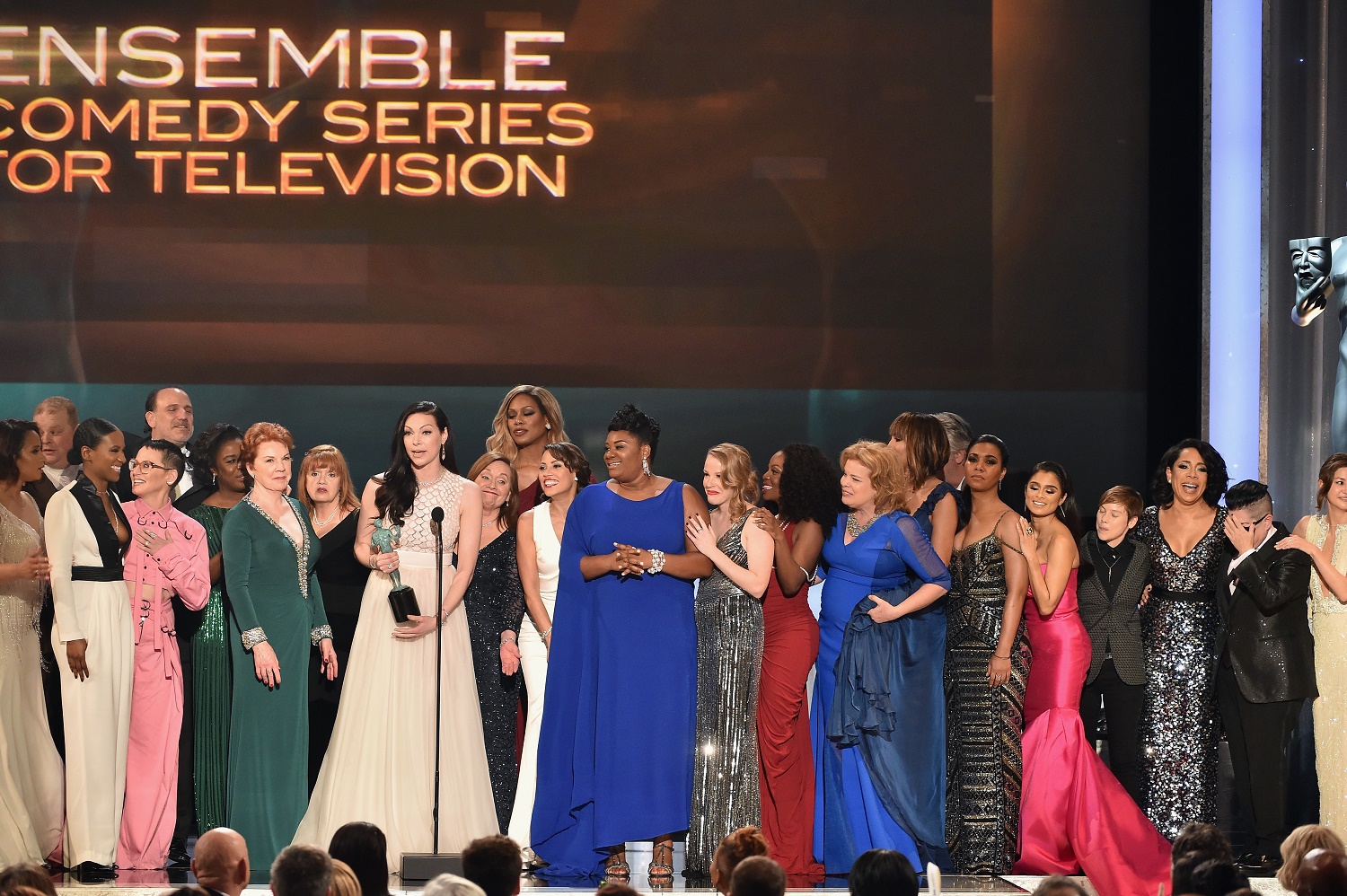 The show’s entire cast also picked up the Best Ensemble award, and as the cast was accepting the win, Laura Prepon said, gesturing around her,

Look at this stage, this is what we talk about when we talk about diversity. Different race, color, creed, sexual orientation—I mean, thank you so much.” 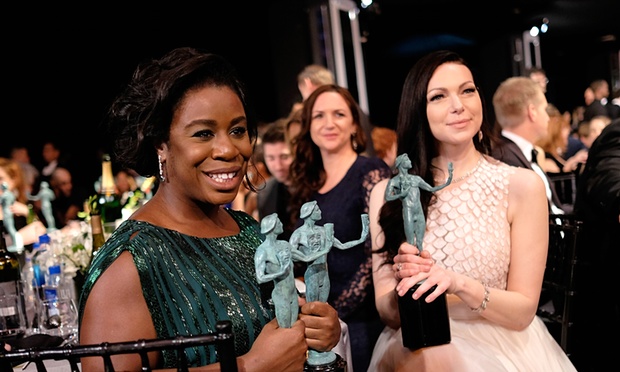 Valiantly, most of the show’s ensemble managed to make it onto the stage, but sadly Rose could not join. 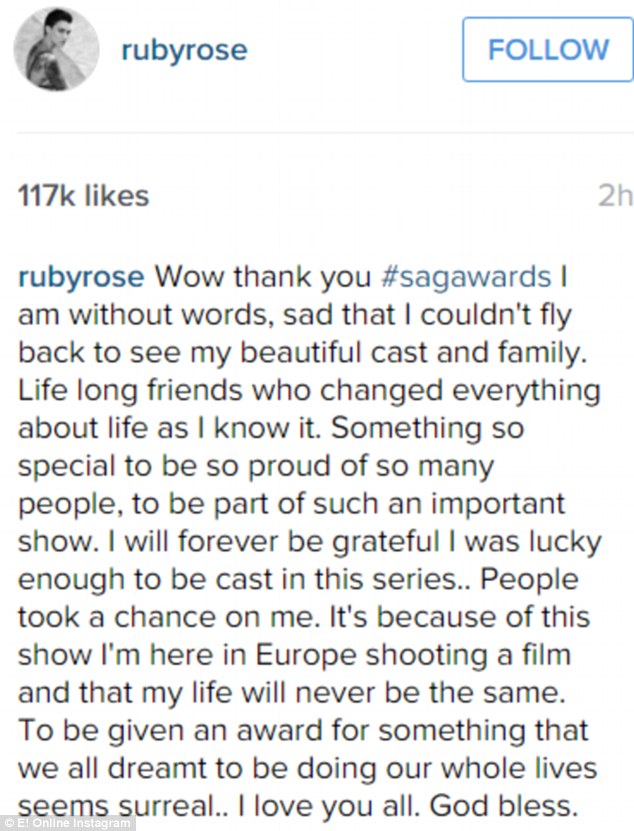 Meanwhile, two actors were honoured for their transgender-themed work.

Alicia Vikander picked up the Outstanding Performance by a Female Actor in a Supporting Role award, for playing Gerda Wegener in Eddie Redmayne drama the Danish Girl. 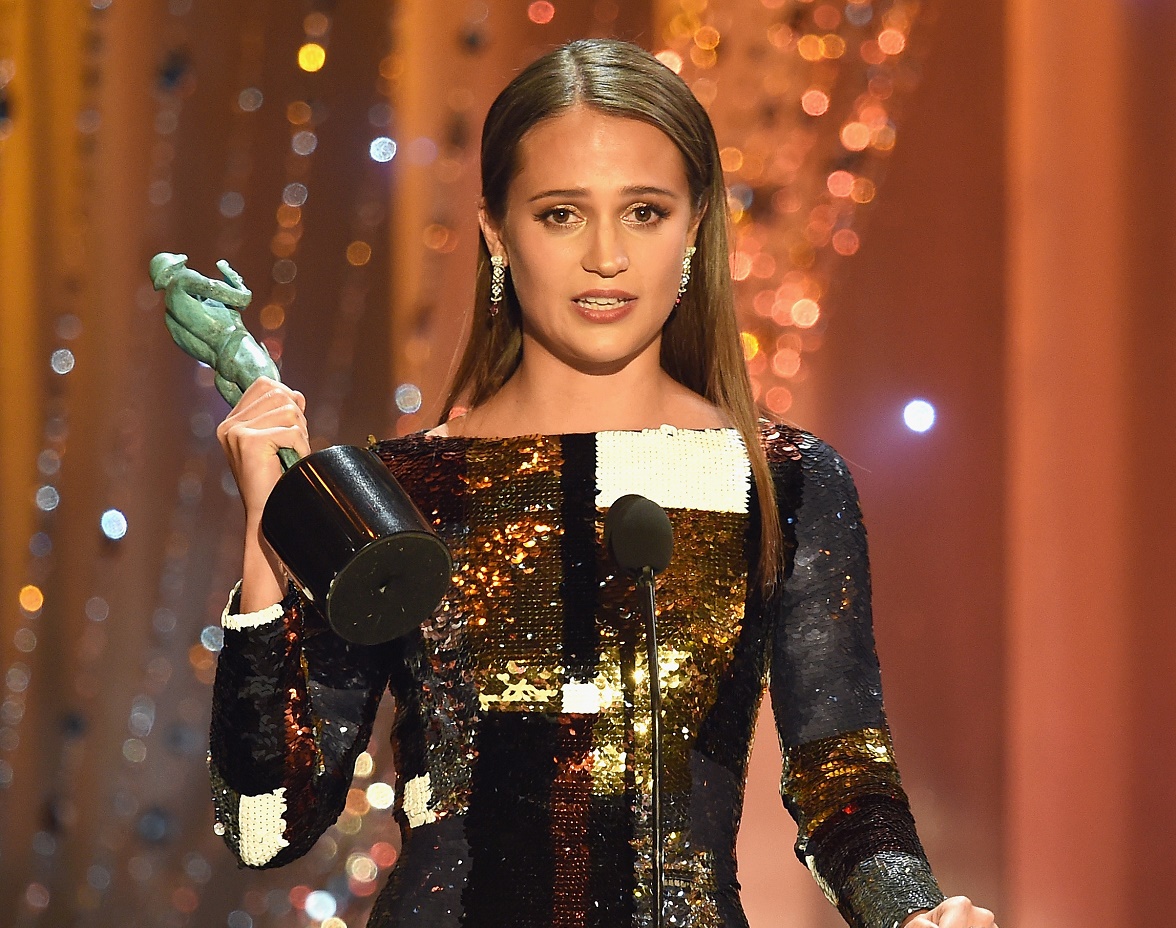 On top of that, Jeffrey Tambor took home the award for Actor for Outstanding Performance by a Male Actor in a Comedy Series for his portrayal of trans woman Maura Pfefferman in Amazon show Transparent. 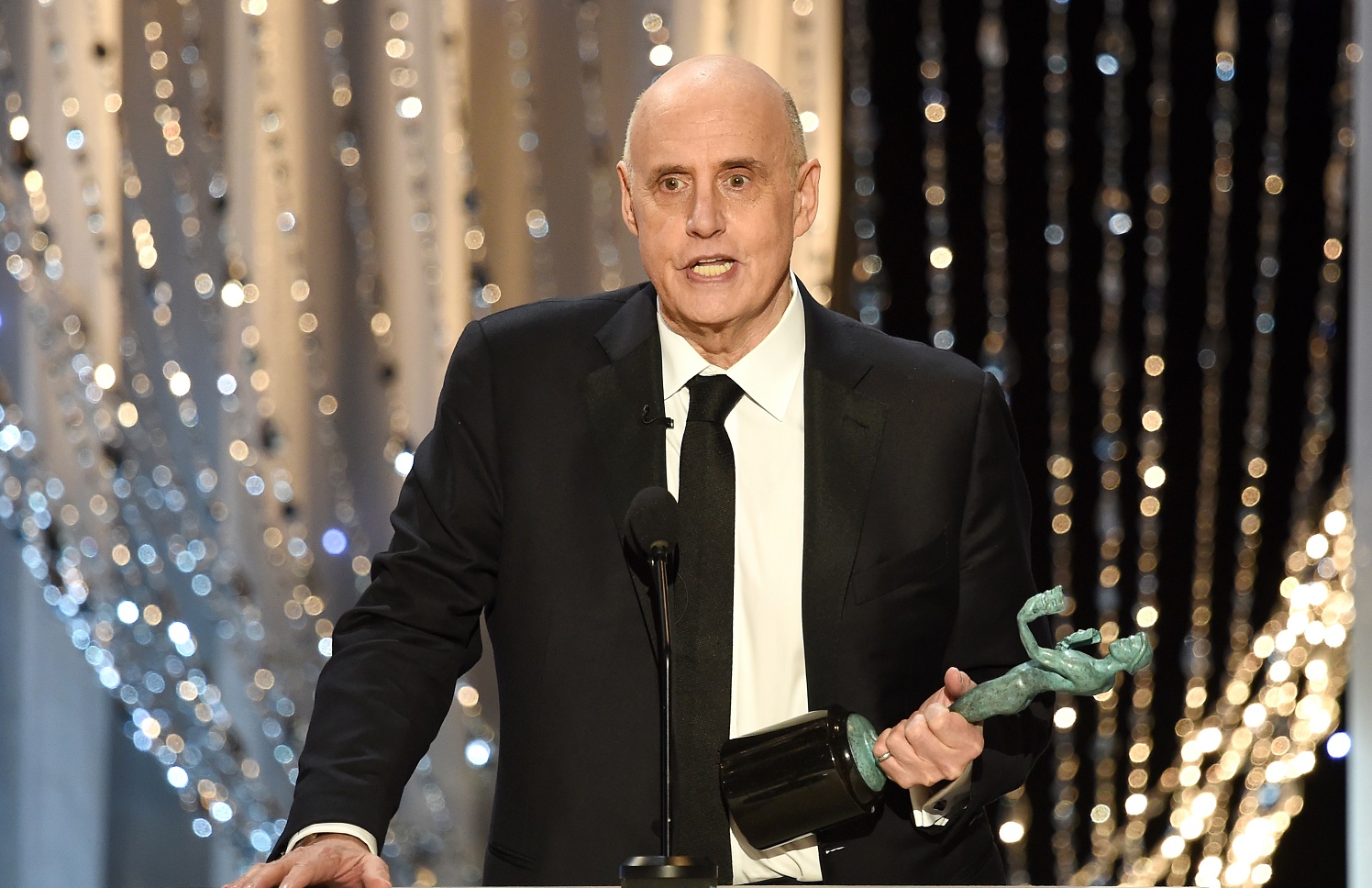 I’d just like to dedicate this award to the non-Maura Pfeffermans, who don’t have a lot of cash, for their operations, for their medicine, for their freedom.”

PrevPreviousJessica Jones’ Carrie-Anne Moss On What It’s Like Playing The Show’s Lesbian Lawyer
NextWatch The Banned ‘Carol’ Trailer Deemed Too ‘Lesbian’ for TV?Next