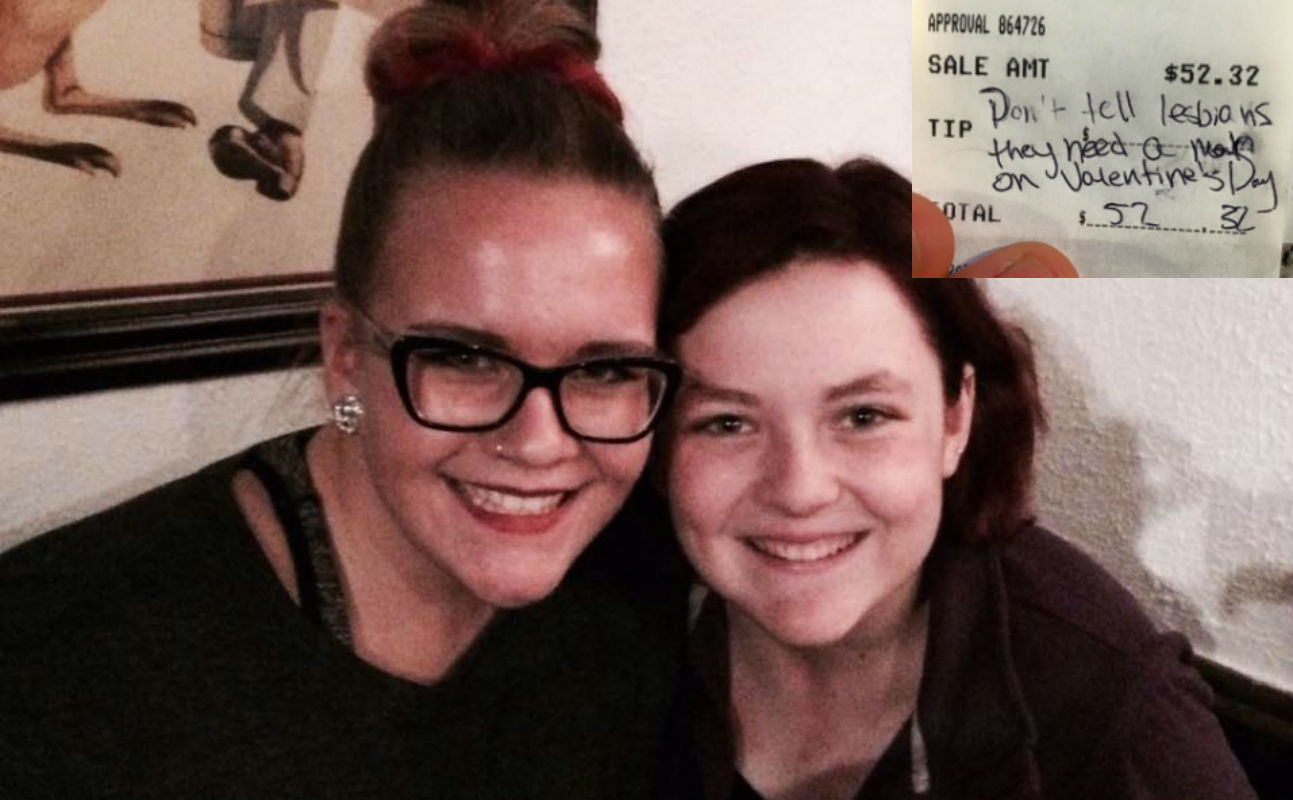 Couple Ellie Parker and Lucy Stenger, say that a rude chef ruined their Valentine’s date by telling them they “need a man” to “heat things up”.

The couple of Lafayette, Indiana, had planned a romantic meal out on Sunday to mark Valentine’s Day.

They decided to visit Japanese steakhouse Asahi – but were greeted by a chef who initially failed to understand how lesbians work.

Our chef came to grill our food for us and was asking everyone if the person with them was their boyfriend or husband. He got to my girlfriend and I and asked where our Valentines were.

We told him we were each other’s Valentines. We were holding hands mind you. Clearly a couple.

He proceeds to say ‘well it is legal, but it’s such a waste to not have a man’.

Later he continues to insult our relationship by saying he could come home with us to ‘heat things up’.

I am appalled that I would receive this kind of treatment. I cannot believe I paid over $50 to have my relationship insulted and sexualized.”

She posted a picture of the pair’s receipt on social media, with their message:

Don’t tell lesbians they need a man on Valentine’s Day”.

Thank you all for the support! The restaurant did refund our money, but nothing can make up for the way we were treated. I hope sharing this helps others avoid this situation in the future.”

However, the restaurant denied the allegations – telling Mic that they had “no idea” about the claims before hanging up.