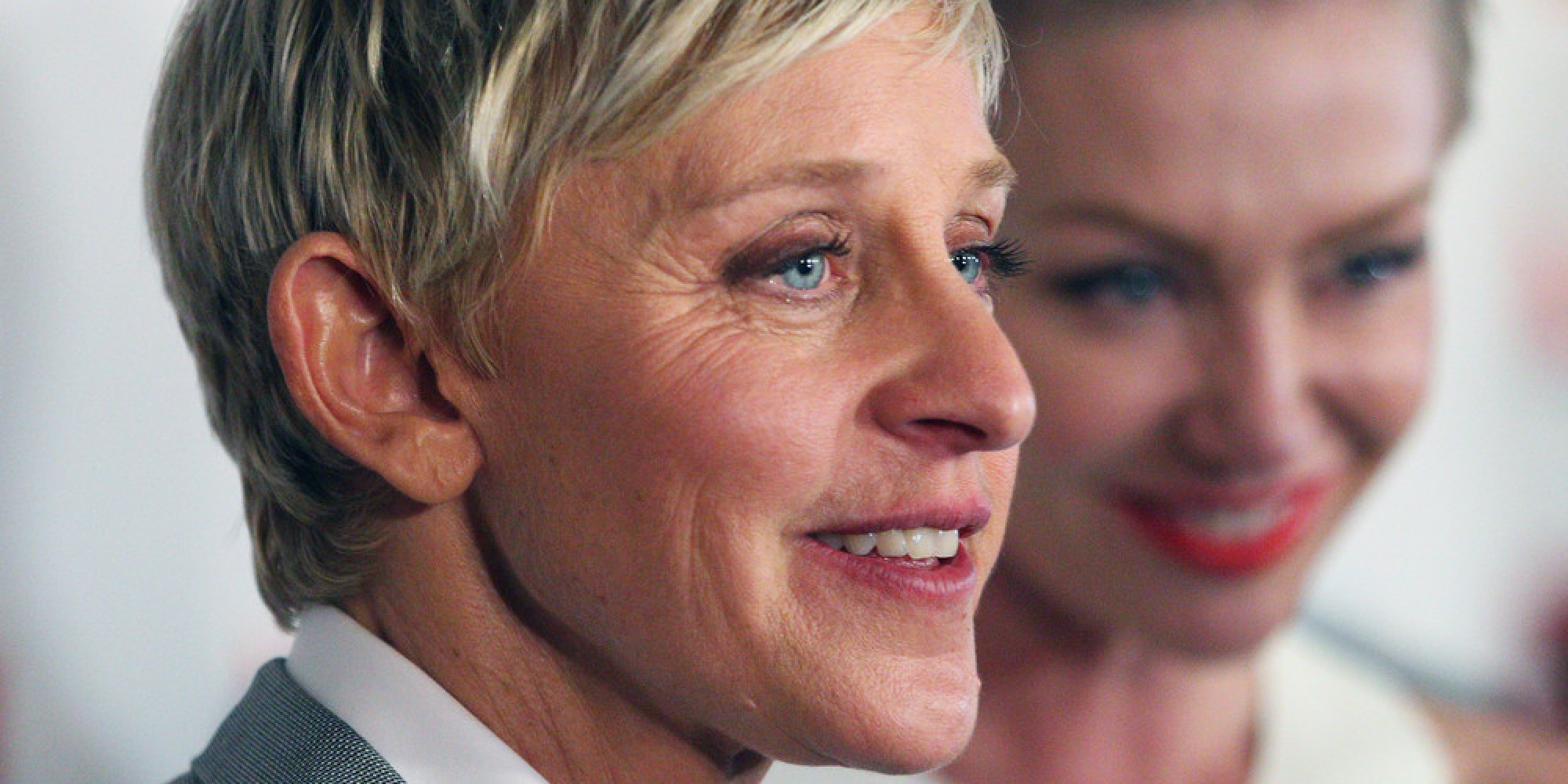 The actress-and-talk show host, , who is married to actress Portia de Rossi, announced to the world she was a lesbian in 1997.

Ellen, whose parents divorced when she was young, has revealed how her ‘overprotective’ dad, Elliott Everett DeGeneres, was worried for her when she went public with her sexuality because he wanted her to have a quiet life and was the opposite of her “sassy” mother Betty DeGeneres.

Speaking to HELLO! magazine, she said:

My parents divorced when I was young – they were very different personalities. My mother is a strong woman, sarcastic and sassy, and I learnt how to be a tough woman from her. My dad is a wonderful man but he has a lot of fear and he was overprotective of me.

He didn’t want me to hurt myself so he wanted me to be nice and quiet all the time and not really argue or speak my opinion. So imagine his challenge of having an openly gay child … When you’re growing up, whatever your environment is, if you don’t know any different, that is what it is.

I didn’t know anything was wrong until I got older and I started doing some soul-searching and read some books. I learnt a lot of lessons the hard way, which is a beautiful way to learn them.”

Ellen married Portia, in August 2008 after the ban on same-sex marriages was overturned in California.

Now I have Portia in my life, I’ve been forced to grow a great deal, because I’ve learnt that you can’t really get anything from anyone unless you have something to give to them.

So I come to this relationship as a whole person, which I wasn’t ever before. She and I both support each other and we both believe in each other and it’s great.”