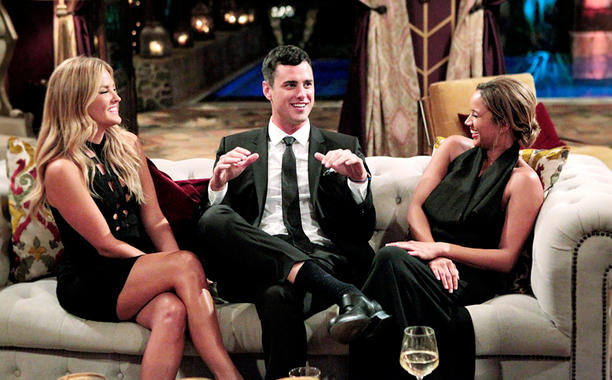 Dating shows are one of my guilty pleasures. I don’t really watch them that often, but when I do, I usually find myself yelling at the screen (much like the sportier type might be caught yelling during a football game). Shen the contestants are so obviously clueless about how “real” relationships work, I get a little crazed.

I guess that comes with the territory, though. Die-hard romantic types usually come in one of two varieties: The “don’t settle for someone based on a small amount of information”, like myself, or the “love at first sight is a combination of chemistry and fate”, like most of the people I see in these shows. I don’t think there’s really a benefit of one over the other, as long as everyone involved is giving themselves a fair chance at happiness.

Remarkably, though, one of the shows that should serve the least amount of relationship motivation – “The Bachelor” – actually serves up more good advice than you might expect. Curious? Here are 3 things I’ve learned.

1. We need the opinions of others to help keep our emotions in check.

I’m not sure if it’s universal, but most of the people I’ve talked to have dated at least one person who everyone in their life had an issue with. Personally, I refer to this ex as Big Ex, but some people may have had more than one. When Big Ex and I were together, I often heard negative – even downright nasty – things about her from my friends and family, and later on, even her friends and family. But, of course, I dismissed all this advice because it wasn’t what I wanted to hear.

Likewise, in every season of The Bachelor, there’s one person that the audience just loves to hate. Whether this person is just irritating, a little manipulative, or downright evil will definitely vary from season to season. One thing’s for sure, though – the rest of the house absolutely cannot stand them, and makes a point to tell the bachelor or bachelorette – but it falls on deaf ears.

What does this mean for your own love life? Well, simply put, if you keep hearing the same type of information, maybe you should take it to heart. There might be something that you’re not seeing, but the ones who aren’t totally infatuated with your love interest can. These things are probably hard to hear, and of course the reliability of the source does play a role here, too, but statistically speaking, it’s unlikely that all of your friends and family would be talking trash on someone who makes you happy unless they had a very good reason.

2. There’s a fine line between “losing your inhibitions” and “losing your cool”. Learn where it lies for you.

When meeting someone new, especially if it’s a blind date, it’s normal to try to get intoxicated in order to make the process a little easier on yourself. Just a sip or two here, a hit or two there, and suddenly your worries go away. Alcohol and recreational drugs can be an effective way to temporarily get rid of feelings of awkwardness, but chances are, it’s not going to make a good impression.

Think about every season premiere of The Bachelor. There’s always going to be that one person who gets completely hammered and makes a complete ass out of themselves. Maybe the contestant forgot to stop sipping when they felt OK, or they just don’t know their limits in the slightest. But, you can easily recognize them by the lack of clothing and coherent sentences. This doesn’t usually go over too well.

I think this is an especially big problem in the queer community, since so many of us lack LGBT-friendly meeting places that don’t revolve around alcohol and slimy bathroom stalls. The temptation to drink can be high. There’s also a high instance of substance abuse in the queer community, and taking just a bit too much can happen to anyone – even if you’ve been using your drug of choice for years. Your romantic interest will definitely notice that there’s something amiss, even if he or she can’t pinpoint exactly what it is, so it’s best to avoid the temptation altogether.

If you can’t handle a first date (or a set-up) completely sober, try to find where your personal limits lie. This limit is most likely going to change, but you want to set a good first impression – and you’ll want to remember it. Think about it: If you get married in a few years, wouldn’t you like to be able to tell your “first glance” story in front of your parents without getting lectured? Well, you might not need to worry about that if you screw things up on the first day.

3. A little creativity makes all the difference.

Why is it that most people opt for the standard, decades-old first date, regardless of their particular situation? I know, it seems like most of the good ideas have already been used up – but have you ever thought about coming up with a new fantastic first-date idea? Some of the best dates I’ve ever been on involved a middle school band concert, breaking into an abandoned house*, or going skinny dipping at a hotel*.

On the show, the first dates are never anything ordinary. There’s a team of writers and producers behind the scenes lining everything up, and their budget is significantly higher than the average person’s. (Well, unless you also display ads to millions of people every year, but that’s not realistic for most of us.) That doesn’t mean you can’t take some creative risks when it comes to planning your dates, though – don’t you want to be the first date she remembers in 10-15 years?

No ideas, or no money? Don’t worry. We’ve got a handy guide for unique date ideas, as well as a list of things you can do for little-to-no money. When all else fails, take a hint from your favorite television shows, and adapt one of your favorite romantic scenes to work with the budget you have. But whatever you do – don’t just take her back to your couch. Save your Netflix-and-chill for when you love her enough to share your password.

(* = Please note that both of these things are technically illegal, so do them at your own risk. I was a dumb teenager when I did them and have learned a lot since then. Also, if you do decide to break into an abandoned house, make sure you don’t actually damage anything – you can have charges pressed against you for this, in addition to breaking-and-entering charges. Depending on how long the house has been abandoned, it can make for some interesting photographs, though.)