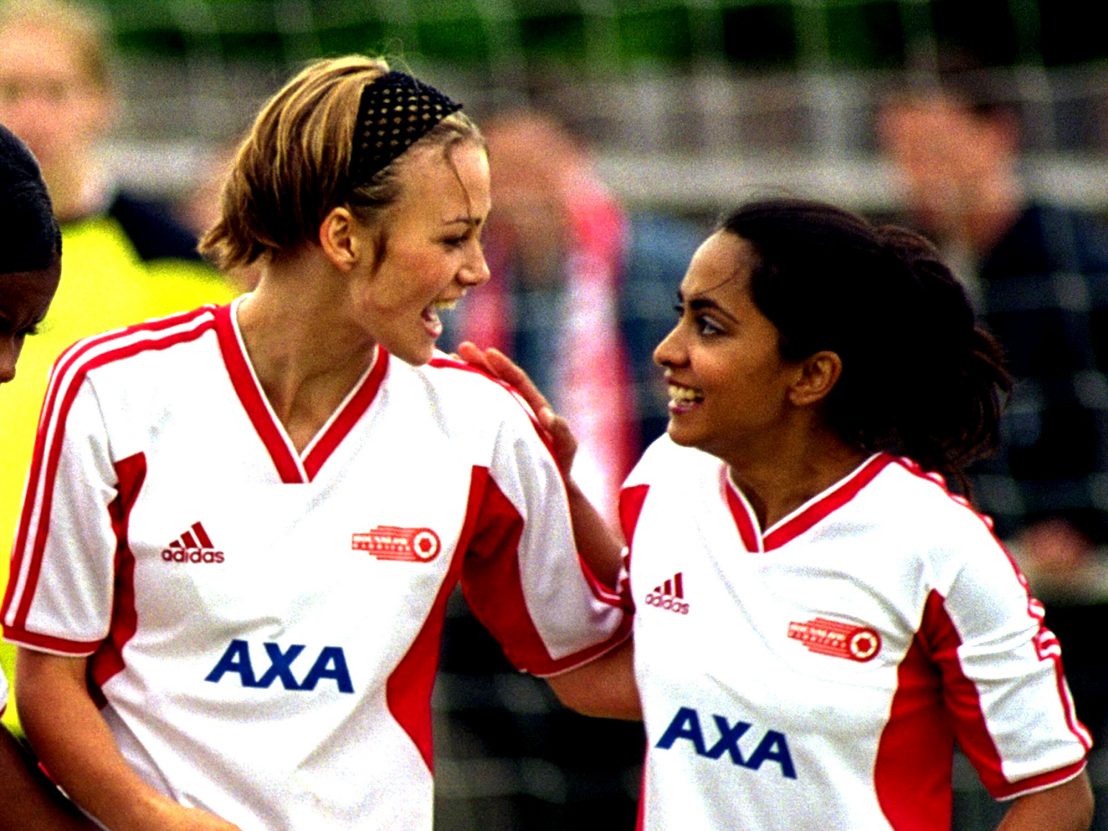 Have you ever wished you could see a remake of one of your favorite movies, but without the heteronormative relationships thrown in? Me, too, trust me. That’s why I’ve decided to make this list of 33 movies that really, really need a lesbian remake already. Who’s going to make these happen?

…except the entire cast of The L Word comes back to play all of the characters. I don’t even care how bad it would be… I just want to see it.

Once they’re done stressing over all the homophobic insults thrown their way through the whole thing, Jess and Jules would just kiss at the end and be like “lol yep you were right” and everyone would be happy.

Only, in this version, Tai gives Cher the most glorious makeover with plaid and Doc Martens, and they live happily ever after… No creepy sort-of-incest thing like what occurred in the original.

Since Ellen Page would actually be playing a lesbian in this one, she wouldn’t get pregnant, of course… But she’d still keep that epic level of snark that we all love her for.

Exactly the same as it is now, except it’s a lesbian couple, and instead of ending up in the hospital, they get married at a lovely old age because it’s finally legal. Everyone cries twice as much as they did for the original.

In this one, Jenna Dewan plays both leads – no Channing Tatum necessary. The dancers are all awesome queer who totally rock it, because… hello… they’re awesome queer women. (Plus, twice as much Jenna Dewan? Yes, please.)

Jesse Eisenberg’s character is played by Ellen Page instead, and we get to see K-Stew and E-Page have a torrid summer love affair. Aw, yeah. (Even though Kristen Stewart’s character was totally horrible in that movie, and Ellen Page definitely deserves better.)

Can you just imagine Kirsten Dunst and Gabrielle Union together? I can, and it’s a glorious fantasy. They end up having a secret love affair and getting kicked off their teams for falling for “the enemy,” but it turns out that lesbian love (and cheerleading) trump everything else.

Danny becomes Dani, the leather biker butch, and Sandy gets progressively gayer as the movie moves forward. Everything else is pretty much the same.

Anne Hathaway and Michelle Williams as the cow[girl]s, and the husbands are just obliviously in the background because men didn’t really pay attention to their wives much back then anyway. Perfect.

Regina, Cady, and Janice practically had a lesbian love triangle going on in the original movie, but in the lesbian remake, we’d be able to see them kiss. Everyone’s a winner.

How can you have a story about a woman who dresses in men’s clothing, and make her marry her “Prince Charming” in the end? I think not.

In this version, it turns out that Edward and Jacob are fighting over Bella to impress each other – so when they run off together, Bella makes out with Alice and it’s infinitely better than the original.

Jack is now played by Natalie Portman, but with the exact same costume design. However, Jack[ie] and Rose both survive and they end up opening an illegal speakeasy in New York at the end. (Can you imagine how much better that car scene would be, though?)

Ellen Page realizes that the band guy is a total waste of her time and has sex in the diner with her BFF instead. I mean, just picture Ellen Page and Alia Shawkat together for a second…

I mean, how could Kate McKinnon not end up making out with anyone in that movie? Let’s try this one again, and this time, sprinkle in more than a wink and a nod to Kate’s uber-sexiness.

I think we all need a little follow-up to see how Graham and Megan are getting on now that they’ve been happily in a relationship for the last 7 years… The fans deserve to know.

More sex scenes, preferably between Catherine Zeta Jones and Queen Latifah. But really, any f/f pairing will do… There are so many options…

Could we just have a little hint that the nuns are using “lesbian sex isn’t real sex” as a loophole to their vows of celibacy?

How these two weren’t already lesbians is beyond me… But instead of driving off the cliff this time, they end up settling down in Suburbia and live happily ever after.

Viola ends up liking the short hair and dapper look and decides she’s never going back. Besides, the boys in her life are way too much trouble, anyway.

Anna Kendrick has already said she’d be down to make out with Brittany Snow in the next installment – so why not redo the whole thing with a lesbian subplot and get rid of Creepy Movie Fan altogether?

Let’s be real – this is another movie where the guys are more trouble than they’re worth. Katniss and Johanna, though… That I could get behind.

Sarah Michelle Gellar and Selma Blair already got it started – why were they both fighting over Ryan Phillippe in the first place? I mean, he was a total douche anyway, and he played Kathryn’s step-brother… Ew.

I can’t be the only one who wished that Julia Stiles would just say that the reason she wasn’t really into guys was… Because… She really wasn’t into guys?

Darcy is another jerk, so why didn’t Lizzie just run off with Charlotte and make the best of her options really count?

Here’s yet another one that could have been improved by adding Ellen Page… I’m sure of it. We can even leave the other two in with their not-so-sexy sex scenes. I’d be fine with that.

Meg Ryan and Carrie Fisher would have been so cute together, and Carrie’s character even had that stereotypically-lesbian haircut going for her anyway…

Need revenge? Sleep with the hot girl at the New York Office. They find out that their revenge-affair was really where it was at, and no one ever speaks to Daniel again. The end.

Seriously, the world needs a lesbian queen – and who better to play one than Anne Hathaway? She’s already a big supporter of gay rights, and Heather Matarazzo has played a lesbian before… So… Why not?

More sex, less death, everyone lives happily ever after.

33. Cheaper by the Dozen

Instead of a straight couple with a bunch of kids, it’s now a lesbian couple with 12 cats. What more could you ask for?

What movie would you want to see done in a lesbian remake?

Let us know in the comments!