PAPER magazine is celebrating Pride month with a series of covers that celebrate and support the diversity, beauty, resiliency, and humour of the LGBTQ community.

In addition to the fiery pictorial, the  singer also opens up about labels and bi-phobia. 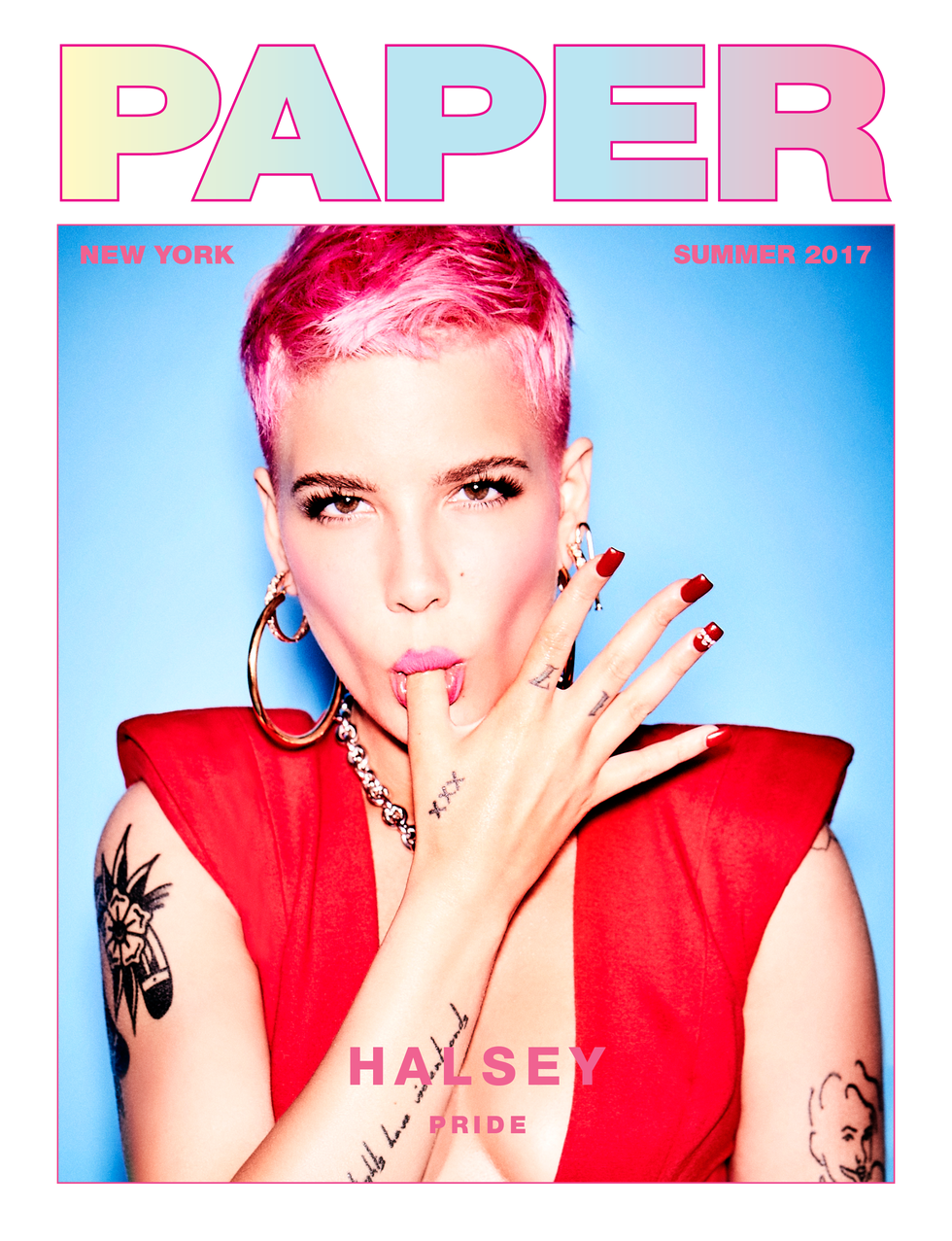 That’s something I’ve had to fight my whole life and something I still fight. I still see people on the internet saying, “Of course Halsey says she’s bisexual. It’ll help her sell albums.” I never came out as a musician because I was already out when I started making music. I was out in high school! I was in high school with people walking past me in the hallway calling me, “Dyke,” you know what I mean? That was just a part of my reality. It was also part of my naïveté. When I first started making music, I didn’t think, like, “Oh, well people are gonna be mean to me because I’m not straight.” BuzzFeed wrote this article and they were like, “Is Halsey really bisexual? Because when she did the VMAs with the Chainsmokers, she had long hair. Was that because she wanted the public to see her as straight?” 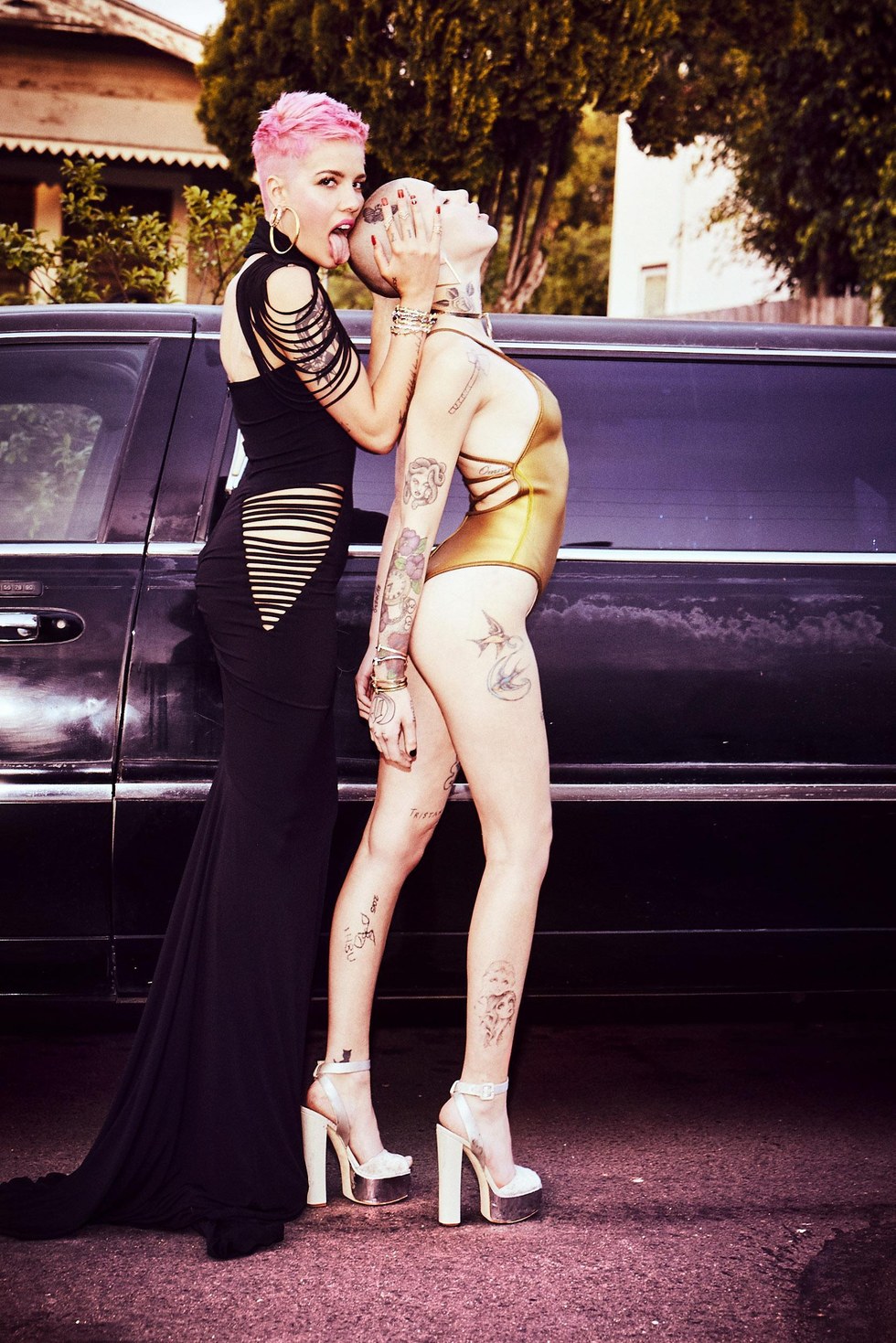 It was interesting to me because, for a lesbian writer, it seemed really bi-phobic. It seemed like, “Well, I don’t wanna claim her because she’s dated a guy, or because she’s doing this romantic collaboration with a guy.” And then she’s like, “Well, she hangs out with all these dudes, so is she fucking all of them or is she pretty much just a Lez Bro?” Obviously, she didn’t say it in those words, but she did actually say “Lez Bro.” There’s bi-phobia from the straight community and from the LGBT community. There’s a lack of acceptance. It happens in TV all the time when people write bisexual characters as going through a phase or struggling with something. It’s part of some mental breakdown or rebellion storyline, and that just sucks.

Yeah. It’s like, “Oh, I used to be gay and now I’m straight.” Well, that’s literally not how any of this works, because you can be married to a man and still be a bisexual woman. 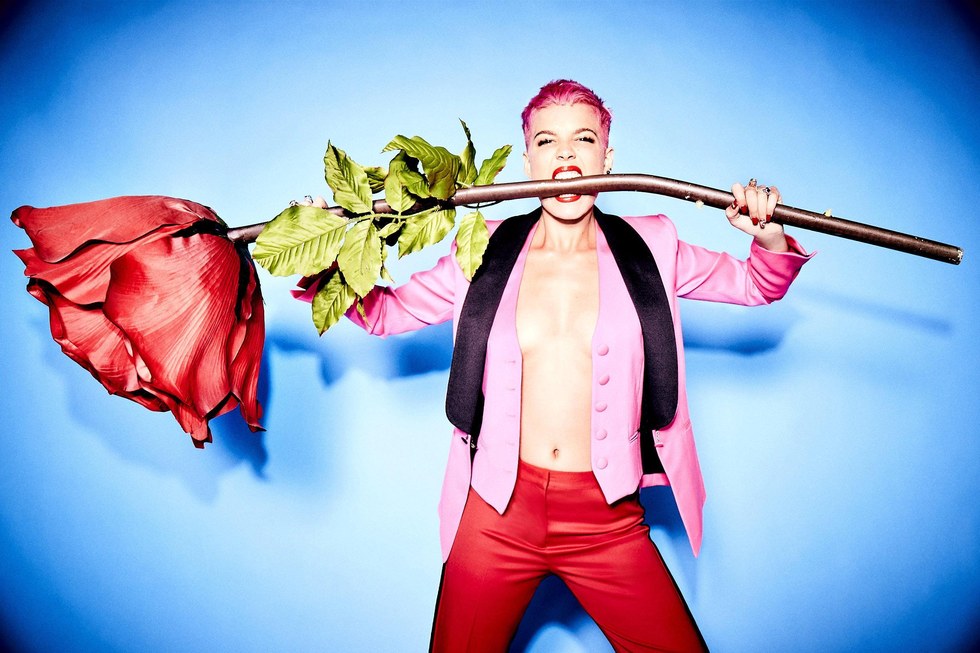 Halsey has always been very forthcoming and honest about your life experiences, her sexuality, her bipolar disorder, her past, which is something that her fans really love about her.

I think that being open is a nice thing, because it keeps me honest. That’s a weird thing about having bipolar disorder, too, because people with bipolar disorder – and I’m saying this in a loving way – they just don’t know how to keep their mouth shut about what’s going on, because it’s a defense mechanism. You’re seeking validation, you’re trying to keep your perspective of yourself, you’re trying to keep yourself from disassociating by keeping the people around you aware of who you are so that they can remind you when you forget. I’m telling the world who I am so that I never get the chance to forget. It leaves no room for dishonesty or anything like that, which is really ironic because people think it’s some kind of act. 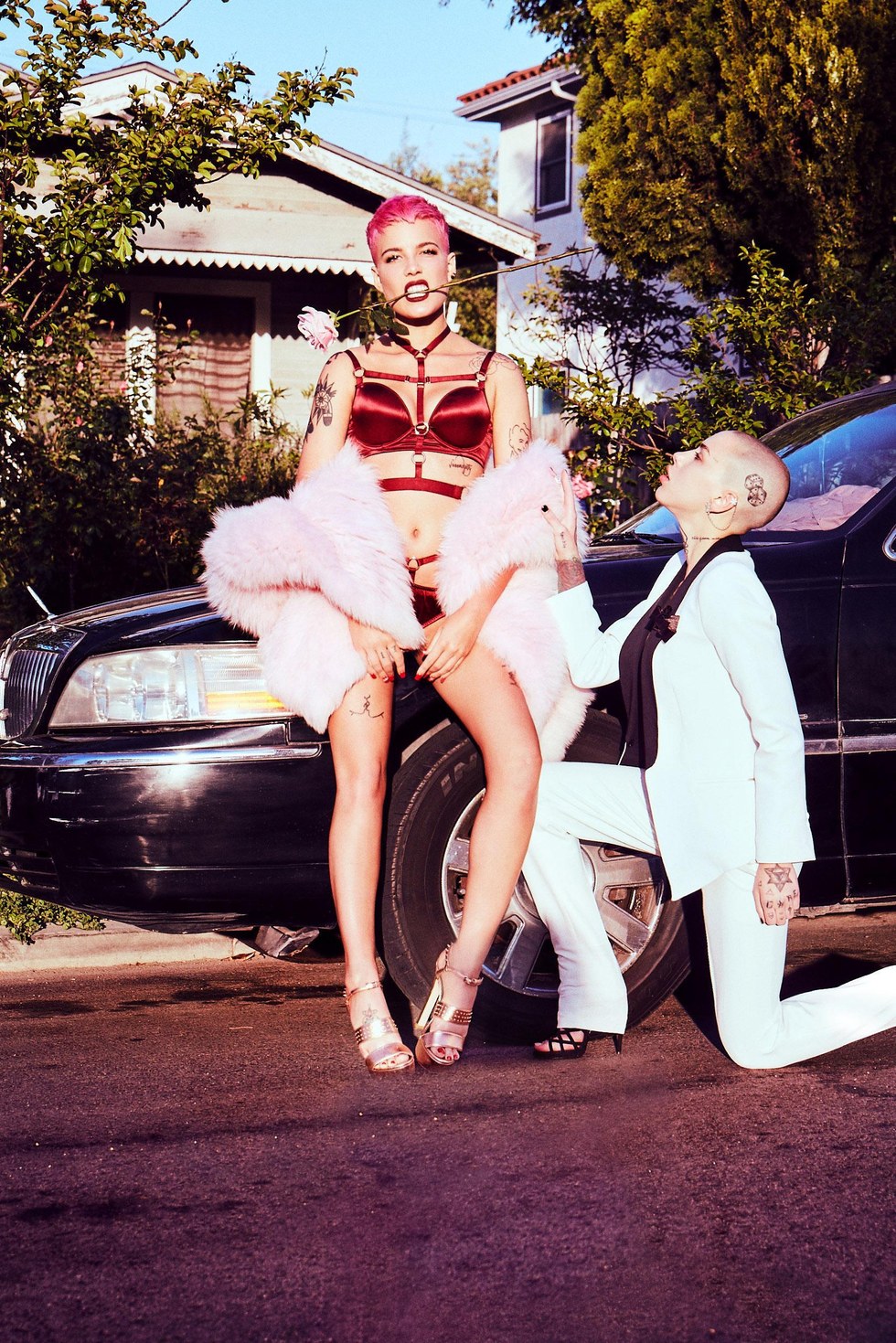 That song, like many of the songs on this album, just happened. I was going through something [when I wrote it]. The first lines are “she doesn’t kiss me on the mouth anymore/because it’s more intimate than she thinks we should get,” because I was thinking about this person I was spending time with. We were having sex and going to dinner and whatever, but I asked myself, “When was the last time I kissed them on the mouth? I don’t even remember.”

[Originally] it was me singing myself, and then I was like, “No, this needs to be a duet.” I struggled with it for a really long time. I’m not gonna put a straight male on it because he can sing, “She doesn’t kiss me, whatever,” but it’s not gonna be the same and I’m not gonna put a straight female on it, because then that’s just exploitive and weird and makes no sense. The fact alone that I was even struggling to find queer women in my field to get on the song…

And then I thought of Lauren Jauregui, who’s a friend of mine, and the best thing about it is that it wasn’t a compromise. It wasn’t like, “Oh well, Lauren’s openly bi, so we’ll just put her on it.” [Including Lauren] made the song better. Her voice brings an entirely new perspective. She’s an incredible artist and the way that she delivered a lot of the melodies…she really, really made it her own. It just felt so right.”

The duo performed “Strangers” on The Today Show, bringing it to a whole new audience.

The response we’re getting from fans makes my fucking life. The amount of kids who just have just messaged me saying “Thank you for this”… And I get it. I’m a young, bisexual woman and finding that kind of representation in music is really complicated. You don’t want to be limited from listening to music that is relatable to you because you’re a pop music fan. Pop music can often be really ostracizing. It’s just a shame that it’s so hard for marginalized or minority people to get the same pop music experience as people who are heterosexual or generally part of the majority. They deserve the same pop music experience.