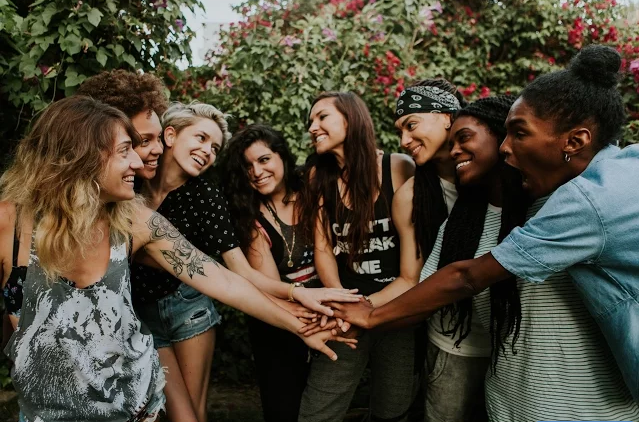 A lesbian vlogger, Arielle Scarcella, has teamed up with a group of other well-known youtubers to put together an inspiring film clip utilizing a 360-degree camera. The camera technique allows them all to get their message across in a very unique way, and everyone who has taken part tell their stories about coming out and finding love.

Youtubers Bria and Chrissy, known as BriaAndChrissy on youtube, both took part in the video and Bria describes her experience when she came out to her mum.

I remember she said to me, ‘when am I going to look at you and not see gay?’ I knew exactly what she meant because I couldn’t look at myself and not see gay.”

Chrissy, the other half of the duo recalls:

When I first came out I was really afraid of being judged by my conservative small-town community, and I was. It was really difficult to have people look at me in the face and not see me as the person that I was.”

But during the video both girls give out a positive vibe as well as they explain once they became involved in the LGBT community they slowly learned to accept themselves.  The participants talk about the need for accepting who you are and explain that universal love is a positive and good thing. Many of them found their self-acceptance through the LGBT community, even though the process was slow for some.

Another youtuber in the video, Stephanie Frosch, sums up the experience of self- acceptance and coming out by saying:

I think the important thing to remember is, no matter what the struggle you’re going through, it’s almost like a thunderstorm. You may not see happiness at the end of it, but just like thunder clouds go away, the sun is always there the whole time.”

The video is a brilliant piece of film with a positive and strong message to all so let’s hope it gets as much recognition as possible.