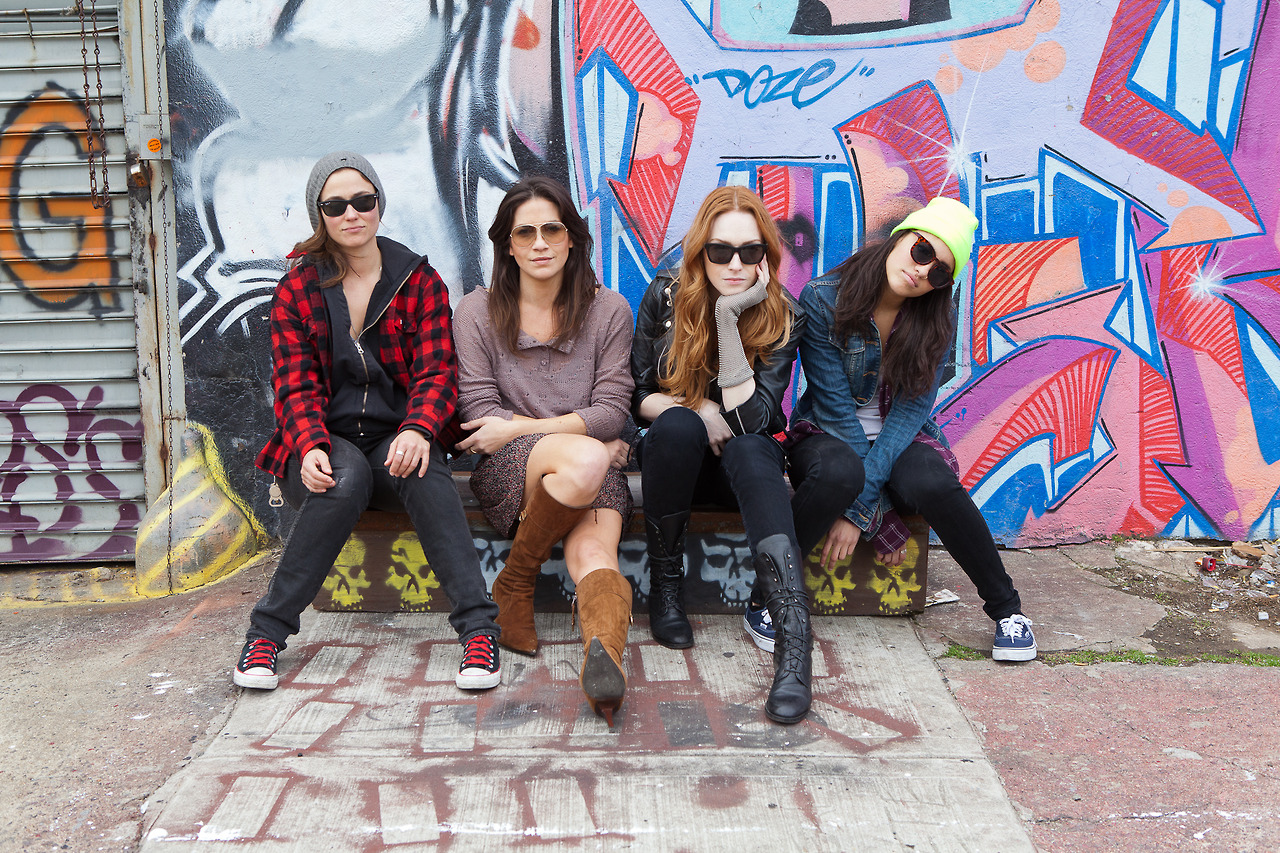 The pilot episode of the lesbian web series SCISSR was released the end of April and KitschMix is loving it.

Co Created by Lauren Augarten and Katie Scoones, the synopsis is simple and something we can all (at some point in our life) relate too: Aviva, Corey, Emily and Niamh are four twenty-something lesbians from very different backgrounds.  Aviva (Lauren Augarten) has just come out and is hoping to connect with the other lesbians online, while Corey (Paulina Singer) has just gone through a traumatic breakup and is ready to swear off women altogether and Emily (Kelly Sebastian) is constantly looking for the next best thing. Navigating life and love in Brooklyn is easy for none of them, but when they meet through an iPhone app, the girls realize they have much more in common than they originally thought.

This series is new, but looks promising and full of adventure starts.

I can count on my right hand the television shows in both my country of birth (Australia) and country of residence (US) that are about, or even feature, lesbian women. And those shows (or, lez be honest, one show) that do, have received criticism from the LGBTQ community for not showing enough diversity.

We want to establish a more realistic world, where gay women come in a multitude of colors, shapes and sizes. Where sexuality is simply a part of our characters, it is not their entire personality.

If there is one thing I know, it’s that living in New York as a twenty-something year old, trying to figure out who you are and how you want to impact the world, is a daily struggle, sexuality aside. For me, it’s made so much easier by the community of people I have around me, egging me on as we tread that path together. With SCISSR, we want to give young lesbian women that community, in a realistic, relatable and entertaining way.