4 Movies With Young LGBT Characters You Need to See 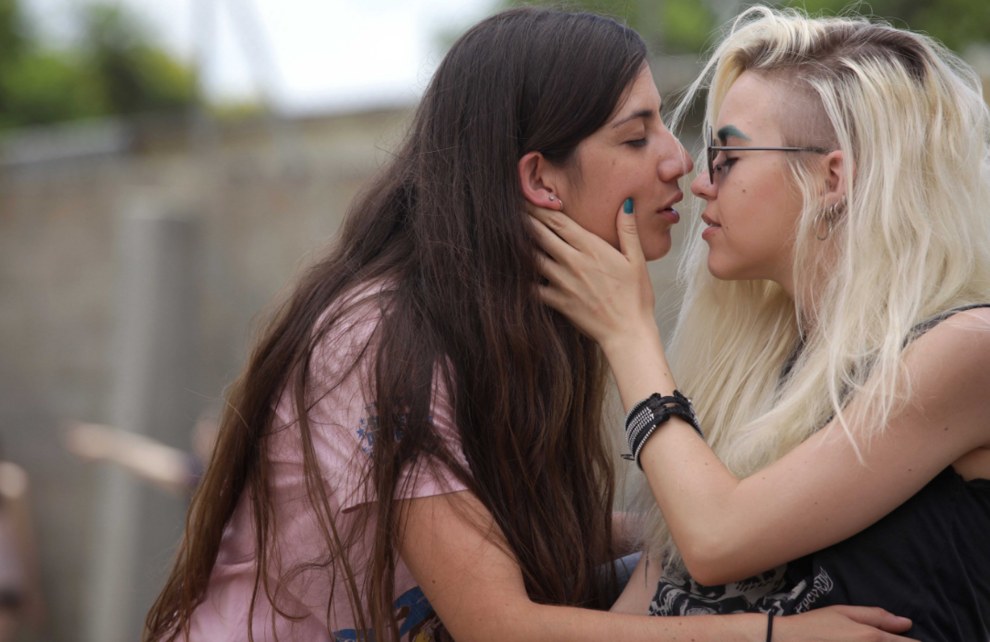 The last few years have been incredible, as far as queer representation in the media goes. There has been a huge surge in the number of LGBT-themed movies and TV shows lately – and, much to everyone’s delight, they’ve actually been pretty good. One of the greatest things about this surge is that the LGBT youth of today doesn’t have to turn to The L Word and Queer as Folk for all their gay media. (Not that there’s anything wrong with those two shows, of course, but… they’re not exactly great examples of the everyday queer experience.)

Looking to watch something inspiring your next date night? The following movies all have relatable storylines and realistic LGBT characters (including, of course, the ones who never really thought of themselves as LGBT before the events in the film).

Do you have any more we should add? Let us know in the comments and we’ll check them out as soon as we can!

When Michal Vinik started casting for Barash/Blush, she knew she wanted to portray a “certain truth [she] didn’t see other places”. She spent months casting the characters, because she wanted to make sure they were portrayed authentically – which meant using real lesbian actresses. The resulting film was an almost-standard coming-of-age lesbian drama. Yes, I know what you’re thinking, but this one happens to have a strong sociopolitical climate as its backdrop.

In modern Tel Aviv (which happens to be the most gay-friendly city in the world), an angsty, rebellious teen girl from a bickering home life falls in love with the new girl at school. Thankfully, Vinik wanted to rewrite her own history – one in which she was not “out” as a teenager – so these girls happen to live in a playground of queer possibility. Between the front-and-center romance and the back-burner tensions at home, these girls learn to navigate their world around one another, and learn to lean on each other for support when things get rough (or just plain weird).

While most of us don’t actually live in Tel Aviv, we all exist in places where love and acceptance are often intertwined with hate and fear – and this movie delicately dances the lines between the two. However, contrary to most queer movies we see, the hate and fear aren’t based around the characters’ sexuality, per se, but rather Barash’s sister’s love for a Palestinian man – a romance that has been all-but-forbidden for over a century.

With the increasing tension and pressure faced by the Muslim community in America (and the increasing denial of homophobia, too), it’s inspiring for me to see a film that examines the cross-section of Islamophobia and homophobia so close to my home. (Okay, so Brooklyn isn’t super close to me, but I did spend time in New York when I was a teenager, and that’s what counts, right?)

In Jay Dockendorf’s fiction debut, the characters of Naz and Maalik are closeted Muslims living in Brooklyn, whose secret relationship with one another catches the attention of the FBI. With the heightened state of security since the “War on Terror” started, as well as the secrecy that Naz and Maalik rely on for their survival, it’s not hard to imagine how things can get out of hand pretty fast.

Naz & Maalik has received mixed reviews from IMDb users, but it exists as one of few realistic representations of queer Muslim life in the United States. Whether you’re a Muslim-American yourself or you’re just trying to understand what struggles they face, Naz and Maalik is worth watching at least once.

This one is a bit different than any of the movies I’ve personally seen, but in a way that makes it all the more relatable. (Well, if you happen to be a nerd for all things supernatural, like I am.) This film revolves around three friends, who are all relentlessly tormented in school. They often find themselves hanging out in the greenhouse of one of the girls, but then everything changes when they receive that magical seed…

Even though this movie is, at its forefront, about using magic to overcome your obstacles, it also gives a delicate look at gender navigation and sexism as it pertains to teenagers. Sex, drugs, and cruelty take their toll on the girls, and although it’s not exactly the gentlest look at trans male aggression I’ve seen, it does offer up three (six?) characters that are definitely worth fighting for.

Girls Lost is based on a Swedish YA novel (Pojkarna, Jessica Shiefauer), but the way it appears on the screen is magical and poignant. It actually makes me wish I could read Swedish, because the book is almost always better than the movie – and this movie is pretty good already.

In a mountain village in northern Albania, girls face a cruel fate – being kidnapped and blindfolded as they’re taken to their new husbands for a life of servitude. Desperate to escape that fate, Hana takes the vow of burrnesha, which says that she will live a life of eternal celibacy, in exchange for the ability to live her life as a man. This is a story about being caught between two realities – in this case, Hana’s curiosity toward the sex she swore off, as well as the man that she became.

Elegantly told through two intertwining linear storylines, Sworn Virgin offers a rarely-seen glimpse into the world of detransitioning and the additional struggles that people face when making this type of a transition. These are the stories that are often used by LGBT dissenters to deny rights to transgender men and women – these are the stories we need to get more educated about, in order to be better allies.

In her directorial debut, Laura Bispuri carefully crafted this film based on the book Sworn Virgin by Elvira Dones. While the book and the movie have different settings and specifics, it’s important to realize that real-life sworn virgins do exist. Dones has also filmed a documentary about the burrnesha vows in Albania.

PrevPreviousLesbian Bookshelf: Under the Udala Trees by Chinelo Okparanta
Next15 Most Annoying Lesbian Couples On TVNext