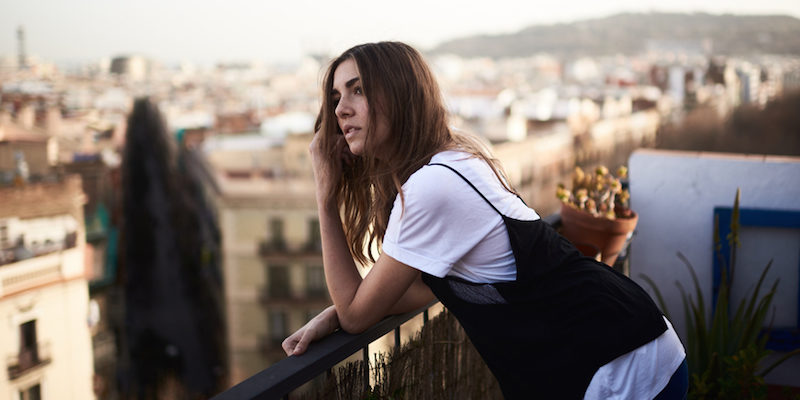 We happen to be living in a time where nearly anything is within the realm of possibility. Technology connects us at a level we’ve never been connected before, and sometimes it seems like the only thing that hasn’t really changed is the innocence of childhood.

Kids will be kids, after all, and whether they’re playing in the mud or frantically tapping at little candies on a screen (and, subsequently, wasting all your lives), they are at an age where the way they view the world for the rest of their lives is being formed – the fundamental things that will make up who they are in the future.

We want the best for the future of these kids, even if they’re not our own. We try to watch our language in front of them, we don’t cigarettes or drink beer or get into fights in front of them because they’re so impressionable, and none of us wants to be the bad role model – we’d rather wait until someone else does that job. (I’m generalizing, of course – I’m well aware that not everyone is so invested in the art of not being the bad guy.)

Sometimes, it seems like the easiest solution is the most prevalent one. I hear a lot in the rape survivor community that we need to create a culture that teaches not to rape – and in some ways, I agree.

However, it’s really not as simple as that. I doubt any parent teaches their kid that rape is okay; it would be unheard of. But we do teach that it’s best to give up our body autonomy when requested – and sadly, that teaching comes at a very young age.

“Just give him/her a kiss!”

I see a lot of people who foster intimacy between kids and their relatives, starting as young as two or three. When that aunt who loves sloppy lipstick kisses comes over, we’re told “Just give her a kiss!”. Or, when a cousin we haven’t seen in a while rushes up to us for a big bear-hug, but we don’t want to be touched, we’re told to “stop being shy”. After all, they’re family, and that stranger danger stuff is supposed to stay with strangers. You should hug and kiss your loved ones, to show them you care.

This sounds innocent enough, and it would be – if it stopped there. But when you teach young children that they’re not allowed to say no to an unwarranted physical contact, these feelings of wrongdoing are likely to last into adulthood, which makes it easier for their future partners to pressure them into romantic and sexual activities that they’re not ready for. The lines between coercion and rape are thinner than they appear, especially when it’s ingrained that you’re not allowed to say no.

“Boys will be boys.”

I’m sure you’ve witnessed this one, even if you haven’t done it yourself: A little boy and a little girl are fighting with one another, usually nothing too worrying. Most of the time, it’s about the boys trying to be as obnoxious as possible – and, often, the play is centered around the boys’ budding curiosity about the human form. Bra-snapping, pantsing, untying swimsuits, peeping… All these things are expected, and in some cases even encouraged. “Boys will be boys,” we may say – or, at least, we’ll hear someone else say it. So what’s wrong with letting boys do what they’re naturally going to do?

Well, for starters, there’s nothing intellectually different between boys and girls. Sure, there are some different hormones floating around, but the core functions of the brain are exactly the same – boys and girls will act the same, when not conditioned to act differently. The gender roles that are prescribed on a certain society are done indirectly by the people, not directly by the body and brain. Encouraging boys (or girls) to treat other human bodies as playthings teaches a sense of entitlement to someone else’s bodily autonomy – and strongly perpetuates rape culture.

This is one I heard a lot at a young age, and maybe you did, too: “You need to dress like a young lady.” I think my transition toward basketball shorts from frilly skirts came entirely from being worn-out over hearing, “Barbara! Your panties are hanging out! Cover them so no one gets the wrong idea!” I heard it more and more as I grew up, although I never wore anything particularly revealing. “Cover your bra, you don’t want people to think you’re easy.” “Wear tights under your shorts – that’s too much skin.” “Don’t wear so much makeup – you look like a streetwalker.” (Yes, these are all things I’ve heard – and the comment about shorts happened in the last 18 months.)

While modest dressing is all well and good, the implication that girls should be ashamed of any exposed skin – even when it’s hot out – reinforces the idea that it’s more important that we make it easy for others to not sexualize us, than for us to be comfortable in our own skin. I was in my 20s before I was comfortable with wearing “girl shorts” out in public – for fear of what people would think if they were subjected to my thighs. The female body is a meat market and our clothing is merely eye-catching packaging. This is what sexist school dress codes, street harassment, and parents telling their girls they need to “dress modestly” accomplishes.

Denying the existence of rape culture.

I’ve spoken to many, many people who deny the fact that rape culture exists, yet still make sure their high-school-aged daughters have access to self-defense classes – or, at the very least, a weapon of some kind. (I used to live in a not-so-great area.) At least this type of situation reaffirms the idea that there may be gaps in the current system, but wouldn’t it be easier to eliminate the problem permanently? Psychologically speaking, rape and almost-rape are both traumatic and potentially permanently painful situations. Why, then, do we teach our children that it’s okay to behave in ways that cause fear to others?

The biggest problem here comes from assuming that rape is only applicable in one specific scenario. That’s not the way it works. There are other ways to violate someone’s body autonomy, and many of them are largely encouraged by our society as a whole. It’s true that a culture dedicated to rape does not exist – but a culture that promotes the idea of forcing your control does exist. When we tell girls that cat-calling is flattering, when we tell boys that exploring the body of others is a necessary part of the adolescent experience, when we continue to tell kids that “no” only means “no” if you’re the one in charge… That’s when we have a problem.