4 Words That Are Killing Your Relationships 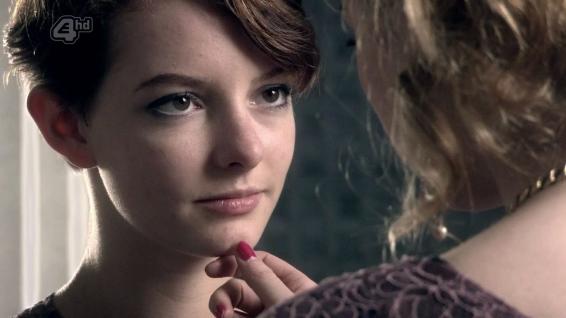 It’s hard to think that something as little as word choice can have a profound impact on anything – even though we know how easy it is to be misunderstood. While all misunderstandings are generally bad, there are some specific words that might be wreaking havoc on your love life – even if you don’t even realize you use them.

Of course, there are appropriate and inappropriate ways to use each of these words, and just because it comes up in conversation doesn’t automatically mean your relationship is over, but the more often you use these words against your partner, the more likely things are to go sour.

How many are you saying too often?

What you say: “You never talk to me anymore!”

What she hears: “This is all your fault!”

When you start your complaints with the word “you,” it sounds accusatory – and your partner is going to feel like you’re blaming everything on you. It points the finger at her without taking your emotional response into consideration. However, most relationship problems aren’t solely one person’s fault – it takes miscommunication on both sides.

What to say instead: “I feel like we don’t talk as much as we used to.”

When you change your statement into one that reflects your feelings, you’re sharing your perspective, instead of placing blame. It gives your partner the opportunity to help your hurt feelings, instead of putting her immediately into defensive mode.

What you say: “I expected you to have a job by now!”

What she hears: “You’re not the person I want you to be.”

What to say instead: “I would prefer if I wasn’t the only one working.”

You can’t fix a missed expectation that’s already past – all you can really do is work on fixing it in the future. It’s also important to realize that she has to want to fix things – you can’t hold her to the vision in your imagination. Instead, focus on what you want, and open the door for discussing those wants. Keeping the focus on your wants, instead of her shortcomings, helps keep the tone a little more positive.

What you say: “You must empty the trash before I get home.”

What she hears: “I’m in charge around here, so do what I say.”

The word “must” (or “have to,” if that’s more your style) asserts dominance over the other person in the conversation. It positions you as an authority and your partner as someone inferior. It takes away her ability to think for herself, because you’re handing over a to-do list. It can lead to resentment in the long term, especially if your partner isn’t the submissive type.

What to say instead: “It would really help me if you could take out the trash before I get home.”

This simple shift makes the statement one about helping you, instead of serving you – something most partners would lovingly do. It gives her room to think for herself, because you’re making a comment, not a command. It replaces the balance between the two of you so that you’re equals, not boss and employee.

What you say: “You should take better care of your car.”

What she hears: “I’m smarter than you.”

The idea that you know what someone else should do – yikes! It’s a slippery slope. It generally comes from a place of judgment, even if it doesn’t feel like you’re being judgmental at the time. When you tell someone what they should do, you’re also telling them that you think you’re an expert, and that you know their situation better than they do. That’s not generally a good approach to take with your partner.

What to say instead: “I would love if you kept your car cleaner.”

Just like with the statements above, shifting the focus from her to you will make it more of a romantic gesture if she decides to comply – she won’t just be doing it because she feels threatened. You should still be aware that she’s not obligated to change – remember, that’s why we’re focusing on you. But, if your partner knows it’ll make you happy if she did the thing, she might be more likely to do the thing than if she just feels like you’re nagging her.