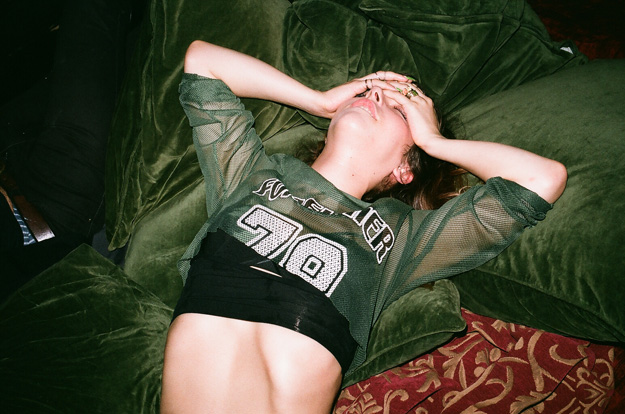 Many women have difficulty reaching orgasm. There are a lot of different reasons for it, too – ranging from medical conditions to insecurities and even relationship troubles (or inexperience). Often, it can seem like you’ve just got to find a type of orgasm you can have, and stick with that one – but that might not be the best solution for your Big O’s.

Having a variety of orgasms in your sexual repertoire makes things more exciting, and it can even help increase the chances that you have an orgasm. Not everyone responds in exactly the same ways, so it’s important to know what your options are.

The clitoral orgasm is generally considered the standard when it comes to female orgasms. It’s usually the easiest for most women to achieve – gentle, but direct clitoral stimulation will generally do the trick here. The clitoral orgasm can be recognized by its short, throbbing, localized feeling.

Classical music lovers may be familiar with this orgasm: that goosebump-y feeling you get when listening to a strong, sharp crescendo or other rapidly-changing musical numbers. Medically, this phenomenon is called “frissons,” and may cumulate in a gentle orgasm. Scientists think that this happens when the brain is forced to change the direction of thoughts quickly, such as when there is a sudden change in a piece of music.

Officially, this type of orgasm is only scientifically linked with classical music, but the researchers think that it may be limited to songs the listener recognizes. As a music nerd myself, I can’t even count how many times a song has given me full-body chills – and, when this one happens alongside another type of orgasm… It’s absolutely magical.

3. The Vaginal or G-Spot Orgasm

A vaginal orgasm is longer-lasting and more widespread throughout the body than the skin or clitoral orgasms, and women who can achieve a vaginal orgasm are more likely to be able to have multiple orgasms. However, not every woman can have a vaginal orgasm – one of the most important reasons to experiment with different types of sex with your partner.

If you’re looking to experience a vaginal orgasm for the first time, or if you’re not having them as often as you’d like to, try out some new positions and give yourself time. For best results, you’ll want to be penetrating from behind, and wiggling at the front wall of the cervix. The longer you allow yourself to get there, the more likely your success – so take your time and enjoy the journey!

For those who may be unfamiliar with the blended orgasm, this is when you experience simultaneous clitoral and G-spot orgasms – resulting in what medical literature refers to as a “giant orgasm” which lasts between 1 and 15 minutes. This massive orgasm is one of the strongest types of orgasms a woman can have, and it’ll most likely put you off your feet for a few minutes, at least.

This type of orgasm requires a bit more effort, but it’s definitely worth it. You’ll want to position yourselves in a way that you can stimulate the clitoris and the G-spot at the same time, and communicate throughout the entire process. Make sure to communicate which parts need a little more attention, and which parts are getting uncomfortable or sore!

Believe it or not, those exercise enthusiasts really know what they’re talking about – “runner’s high” might be a type of coregasm. Unlike other orgasms which often start from the outside of the body and work their way inward, a coregasm starts in the body’s core and then extends outward through the extremities and into the genital region. This type of orgasm is mild, but pleasurable, and most commonly comes during intense periods of exercise.

To try achieving a core orgasm for yourself, start with a cardio pump-up. You want to get your heart racing first, then switch to core strength exercise once you’ve worked up a good sweat. Work yourself to the point of fatigue, and keep pushing yourself just a bit further – they most often come right as you’re hitting your “second wind,” so to speak.