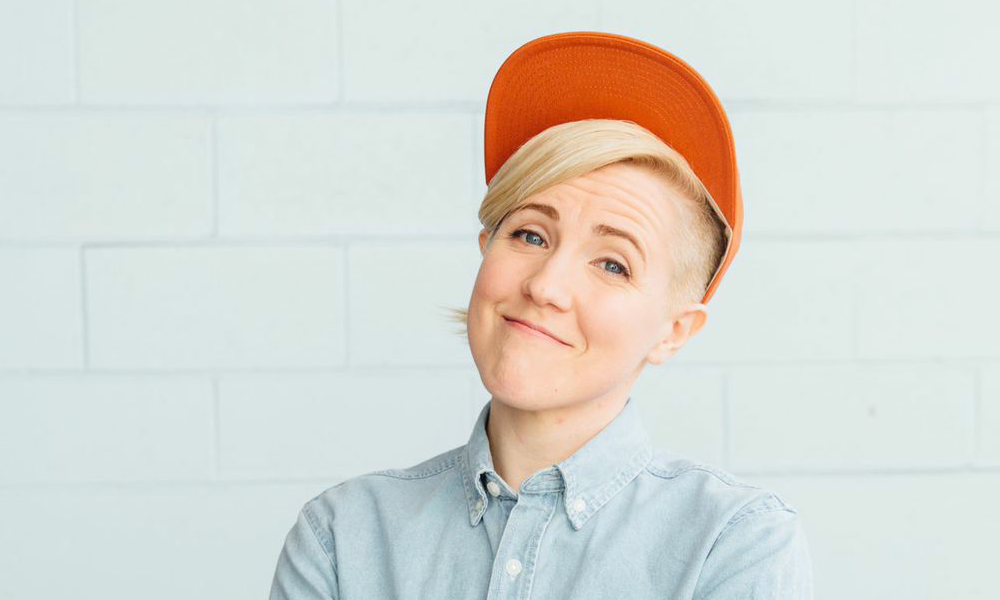 For some reason, this generation seems to migrate towards expression on social media. I can’t say that I’m not wrapped up in it myself. One of the things that social media has brought us in the gay community is a way to network and find each other. Not too long ago, you had to hang out in the “gay scene” in order to know other gay people. Thank goodness we can find new lesbians to talk to without leaving the house now! (I’m not really sure if that’s sarcastic or not.)

In a way, this social media outlet has even created its own brand of celebrity – that is, the viral sensation celebrity. It’s something extra special because these viral celebrities often take the time to speak with their fans and actually get to know their community on a personal basis.

Read on to find the 5 lesbian YouTube channels you should be following, along with a selection of my favorite videos.

Bria and Chrissy have been some of my favorite lesbian celebs (celesbians?) for quite a while now. Their love is inspiring, and they’re also super funny and talented. If you haven’t had the chance to check out their channel yet, you won’t regret it. My favorite Bria and Chrissy video? “10 Worst Ways to Come Out”.

Hart is something else entirely. She also falls in the “funny and talented” category that Bria and Chrissy do, but she has a wealth of skits and characters that she uses to convey her message. One of my favorite Hart videos? “Lesbian Issues” – an amusing look at some of the things that we, as lesbians, need to stop doing. I challenge you to not get it stuck in your head!

Unlike most of the lesbians on this list, Arielle takes the unpopular approach of taking on the “serious” issues with a funny twist. Of course, personally I prefer the comedy, that doesn’t mean that her serious issues aren’t important. My favorite video of hers is “Sh*t that Scares Lesbians in Bed”. Pure comedy gold!

Hannah Hart doesn’t really market herself “as a lesbian”, which makes her different from many of the others on this list. She doesn’t cater to the gay community, but to people in general, which means that her videos have a bit broader of an audience than some of the other channels listed here. The fact is that she’s a comedy genius, and she’s sure to cement herself as one of your favorite comedians on YouTube. My favorite Harto video is “How to Ask if a Girl is Gay”, which totally explores the awkwardness of hitting on a girl who might be straight.

Unlike the rest of the lesbians on this list, Haley Kiyoko is primarily a musician rather than a comedienne. She’s got a nice sound that’s reminiscent of older pop songs (she brings to mind Aly and AJ from the early 2000’s, for me at least). If you’re looking for a lesbian musical influence to add to your play lists, don’t miss Haley Kiyoko. My favorite of her songs? “Girls Like Girls”.

I am always on the lookout for new lesbians to follow on YouTube – and I am very curious to see your suggestions! What lesbians do you follow? Who inspires you? Share with us in the comments!