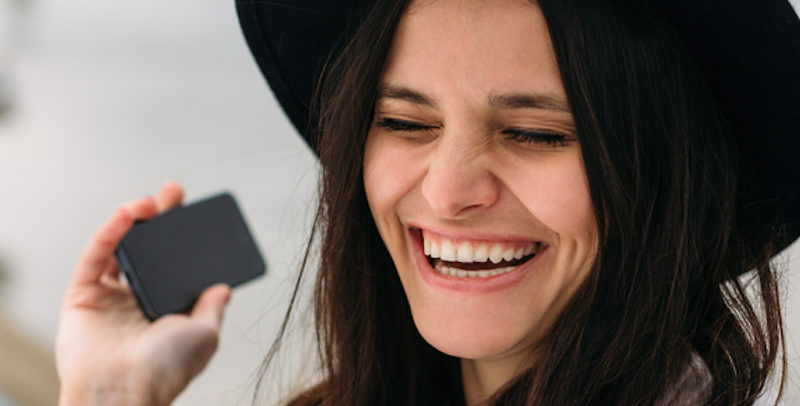 There’s this stigma associated with the idea of not wanting to get married. I used to get some backlash from other members of the gay community because – at the time – I didn’t particularly care about the idea of “gay marriage”. Sure, equality is important (and now that I’m a little older I’m glad we have marriage equality where I live), but marriage has never really been a priority for me.

Sure, I plan my wedding on Pinterest like every other girl – but I wasn’t really in a rush to make those dreams come true.

Even now, as I sit with a ring on my finger, officially planning my wedding “for real”, I find that I’d be OK if it were put off for a couple years. What’s so wrong with that?

Don’t get me wrong. I believe in commitment, and loyalty, and true love – all the things that marriages are supposed to be made out of. But maybe it’s my family history of divorce and disaster that whispers in my ear, “That’s not the only way.”

My parents weren’t really “together” when I was born – they had already split up, but decided to give it another shot when my mom found out she was pregnant. Marriage was never in the picture for them. She had already done the marriage thing, with my brother’s dad, and it didn’t work out, so she didn’t really care.

(She’s married now, for the past 20 years or so, but that’s a different story.)

My dad ended up marrying someone when I was 3 – and then by the time I was 16, he was dancing down the road to divorce. It’s just a part of life. Marriage doesn’t really mean anything more for commitment than living together does, in the grand scheme of things – it’s just more governmentally-approved. It’s a piece of paper that says you love this person. And I never really saw the point, especially knowing that love isn’t actually a prerequisite of marriage, nor is marriage a guarantee that the love will last.

That being said, marriage itself isn’t a bad idea, and I fully support anyone who decides they’re ready to take the plunge. I even have my passing fancies of the married life – but when I think about “wifey duties”, I have to fight the urge to gag a little bit.

I was raised to be independent, and the idea that I would need someone so much that I’d have a paper detailing what happens if either of us strays… Well, that doesn’t really sound like romance to me.

(Let me reiterate: I am engaged to my partner, and we’ve been planning our wedding for a little over a year now. I’m just not jumping into the idea of pushing forward with it right now.)

Of course, this isn’t always a bad thing. It’s a wonderful thought if you’re willing to give up your freedoms to someone – if you care about their happiness enough that you might be willing to sacrifice your own.

But marriage forces the issue. Marriage makes it seem like you have to do these things – where I think it’s far more romantic if you choose them on an individual basis. I don’t mind sharing my bed, my DVR, my anything with someone I love – but I like to have the option.

I don’t want to tell myself that I have to put someone else’s needs first, and that’s what marriage does.

Some may argue that not every married person gives up something they fancy – but the idea is that they should. And for those of us who take our commitments very seriously (hello, me) the sense of obligation can be overwhelming.

It’s not that I don’t want to get married – it’s that I don’t think I’m ready to give up on myself until I can honestly say, without a doubt, that I’d keep making the same compromises for the rest of my life without feeling like I was sacrificing something.

And I’m not quite there yet.

I don’t mind the idea of commitment. It can be comforting to know that someone has pledged to keep loving you, no matter what.

Except that marriage doesn’t really mean that – it’s just what we associate with it.

If marriage automatically meant a life-long commitment, maybe it wouldn’t be so bad. But the truth is, you can pledge yourself fully to someone (as my stepmom did) and it might still not be enough (like my dad). I’m not going to dive into the specifics of why their marriage fell apart, but it’s enough to prove to me that the marriage license itself doesn’t really mean anything.

You have to be willing to commit yourself to the same person, every day, for the rest of your life.

Sure, you could have an open marriage, or a long-distance marriage, or any number of “alternative” marriage styles that does away with the sense of being tied to someone. But that’s not for me. When I commit to someone, I commit fully – and I couldn’t handle the idea of the other person not sharing my loyalty.

It seems to me that a divorce would be at least 100 times more difficult than a “regular” break-up, because there’s this idea that it’s going to last forever. We see it as a guarantee, and it’s really not.

Marriage tells you that you can’t change your mind.

Obviously, this isn’t widely true. The divorce rate is so astonishingly high that some of us might question why someone would bother getting married in the first place. It’s expensive – like when you sign up for a two-year gym membership.

You feel like you have to honor it because, otherwise, it was a waste of money.

If I felt like I had to stay with my partner, I would soon become absolutely smothered – you always want something more if you can’t have it.

I think this is why there are so many unfaithful married couples. Once you feel tied down to someone, you want to break free, and that’s not fair to either of you. I’m afraid of the idea of doing that to myself, or doing that to my partner.

Sure, I’ll probably come around eventually – but I don’t see the rush. After all, if I am going to spend my life with her, what’s the difference whether we get married now or in five, ten, or even twenty years?

Because I have dreams I haven’t fulfilled yet.

There are some who might say that your partner won’t automatically distract you from your dreams, and I guess that’s true. But the idea of being married implies that you would have to sacrifice your dreams if your partner asked, and I’m not OK with that!

My partner, for example, had dreams of joining the military. It’s a noble dream, I suppose, but I know I wouldn’t be able to handle being a military spouse. I can barely handle the idea of a long-distance relationship without the threat of my partner not surviving the distance. Is it fair that I ask her to choose between me and this dream? Probably not – but I can’t help it.

Likewise, I have dreams of travelling the country in an RV. (I would love to live in an RV, with a little tow-along garden trailer, and just see things from a different perspective every day.) I don’t like the idea of being tied down to a place for any length of time, and I tend to get bored with my surroundings. Is it fair if I ask my partner to not have a physical address, because I don’t want one? Probably not – so I’ve given up on this dream of mine.

Some will say that the right partner for you has your own dreams in mind as well as their own, but that’s not always the case. Our dreams are complicated things, after all, and it can be hard to find someone who is completely compatible with everything you want.

If it’s meant to be, it’ll be – but you shouldn’t have to force it with a piece of paper.

Let me travel the world, and we can meet up later to see if we’re still on the same page. I don’t want to force a partner into anything, and I sure don’t want to be forced, either.

Because there’s no rush.

Like I said before, if I’m really going to be with someone for the rest of my life, there shouldn’t be a time limit on when I can decide that. My partner should be content with the idea that I want to spend now with her without me having to force myself to say I’ll spend every tomorrow with her, too.

Do break-ups hurt? Definitely. But in a way, that’s all the more reason to not get married right now. As bad as the idea of a break-up would be, the idea of a break-up after we’ve combined all our assets, splurged on this perfect wedding, said our vows in front of hundreds of people… Well, I’m getting an anxiety attack just thinking about it.

Does this mean I won’t get married someday? I probably will.

Does this mean I should take my engagement ring off? No, I don’t think so.

Does this mean there’s something wrong with me? Yeah – that something is the fact that I’m still in my 20s and it doesn’t make sense to me that I’d be planning out the next 60+ years of my life when I can’t even predict what I’ll have for dinner tonight.