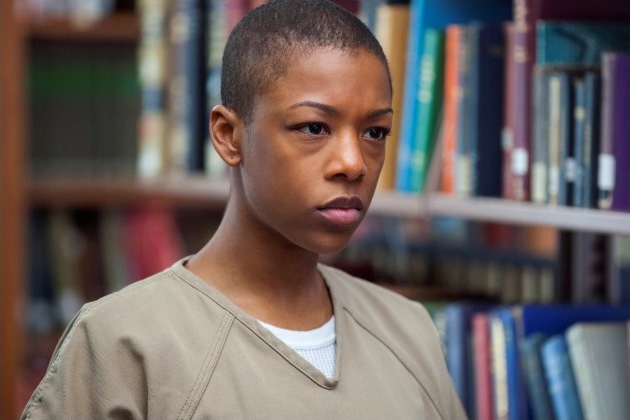 June 6th is just a few months away but it seems like eons until the premiere of Orange is the New Black season two. After marathoning the show over the Summer, just about everything with a Netflix account is chomping at the bit to find out more about our ragtag bunch of loveable murderers, thieves and drug dealers.

Season one focused on our favourite bisexual-identified drug mule, Piper Chapman, as she learnt that prison was not all spice-based lotions, homemade soaps and hook ups with your equally as incarcerated ex-girlfriend, but season two is set to loosen the reigns. By enlisting new cast members and focusing on some of our quieter favourites, there’s plenty to learn about the upcoming batch of episodes and thankfully, interviews with the cast at PaleyFest have revealed plenty more.

Well, not all, as the ensemble cast would take more than just 13 episodes to delve heavily into the lives of privilege and poverty that landed them in the slammer. However, the show’s creator, Jenji Kohan, has revealed that we’ll at least learn more about some key characters like Morello, whose quips and witty remarks and off and on relationship with fellow inmate Nicky, remained one of the best parts of Orange is the New Black season one, even though her crime and her life with her unseen, male fiance were much unrevealed.

One of the great things about season one of the show was the fact that there just so many characters to love (Taystee and Poussey) and hate (Pornstache). Season two of Orange is the New Black doesn’t seem to be letting up on introducing new faces either. A mysterious character, Vee, will be finding herself in a fetching orange jumpsuit this season. Played by Lorraine Toussaint, Vee is described as “a veteran street touch who ran her own drug business, recruiting children to serve as runners” and she’’ is also reportedly set to shake things in the prison up.

Lenient on the inmates, that is. While characters like Pornstache and Figueroa certainly had their bad times (Pornstache and just about every scene, Figueroa and her budget siphoning antics), they also had redeeming scenes too, or at the very least, funny lines that showed that they aren’t all cold and heartless on the inside. Piper Kerman, the real life inspiration of Piper Chapman, and the writer of the book that Orange is the New Black is based on, reportedly had quite an issue with the way in which the guards were portrayed in the show, saying that Kohan and the writing team were ‘way too kind to the guards’. It’s unclear if Kerman’s opinion will have a direct influence on the show, but given that she is the reason behind it, it’s entirely possible.

4. The Return of Pennsatucky

After seeing the almighty holiness pummelled out of her by Piper at the end of season one, Orange is the New Black season two will see Pennsatucky return in some capacity (via a flashback or otherwise). It’s unclear as to whether she made it out alive and I shan’t speculate any theories here, but love her or hate her, expect to see more of her Bible preaching ways once June 6th rolls around.

5. Orange is the New Black Matters

It most certainly does, with the show’s storylines offering important insight into things that don’t typically get discussed every day. Laverne Cox, who plays trans* inmate Sophia Burset, spoke of her experience after the show aired, saying that many more people are taking an interest in trans* issues, which is something that wasn’t done so open mindedly before. Too, important questions are being asked about the condition of the United States’ real world prison system, with people being more intrigued as to the horrors of the real world justice system (and how to change them) as a direct result of Orange is the New Black’s storylines.

Will you be watching when season two of Orange is the New Black premieres on June 6th? Let us know in the comments.