6 Signs Your Relationship Is Already Over 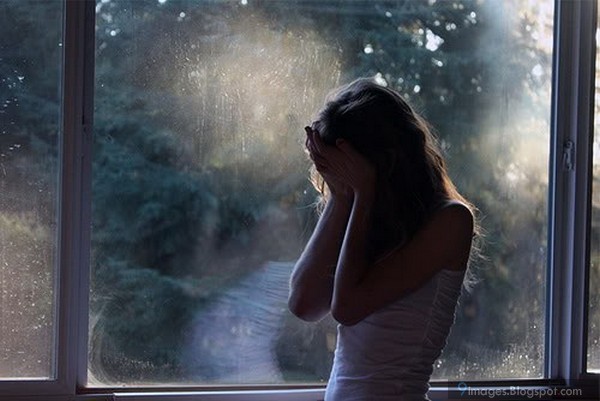 Don’t you wish there was some simple way to tell if someone was bad news on the first date, instead of having to wait for them to screw things up royally? Well, most likely, those signs were there, but you ignored them because you didn’t want to judge the other person “unfairly”. Sadly, all that happens when you ignore these red flags is… Well, you end up being the one treated badly. Things aren’t always as they seem… But sometimes, they’re exactly like they seem.

#1: She won’t make any concrete plans with you.

So, you might know that I’m a bit obsessive when it comes to planning. I like to have a plan (and a back-up plan) for pretty much everything. I know not everyone gets as “into” planning as I do, and that’s perfectly fine. But there’s a difference between “not being a planner” and “never planning dates ahead of time”.

If she’s always calling you at the last minute, or flaking on the plans she does make, she’s probably not really in it. Stuff happens sometimes. But the more you let it happen, the more it’s going to happen. If she also expects you to drop everything for her, while she refuses to make you a priority, you’re not her girlfriend – you’re her back-up plan.

#2: She talks shit about her exes.

We’ve all been through some stories in our relationships, I’m sure. I know I’ve had my fair share of drama, trauma, and even all-out insanity. But well-adjusted people don’t live in the past, whether it’s good or bad. They have processed the information, learned from it, and moved on with their lives. If your girlfriend is still hanging onto those old memories, she might not be over her ex, or the damage done.

From another perspective, think about how you’d feel if you were in her ex’s position. (Because, statistically speaking, you’re probably going to break up anyway.) Would you feel comfortable if she gave that type of information about you to someone she had just started dating? If the answer is no, it’s better to get out before she gets that information on you in the first place.

#3: You make jokes at your own expense.

Making disparaging remarks never really has a good place in a relationship, but when you’re making those remarks about yourself, things get extra complicated. Women try this because they’ve heard that humility is sexy, and it definitely can be. But it’s important to note the differences between being humble and being self-deprecating.

When you make a habit of disrespecting yourself, over time, you teach your partner that she doesn’t have to respect you, either. After all, we’re supposed to treat ourselves better than everyone else does, and even if you’re used to being stuck on the back burner, you don’t want to tell your partner you have no value. Even the most well-intended girlfriend can start to get disrespectful if you teach her that’s what you think you deserve.

#4: You always have to make the first move.

Listen… I understand that some women are just not that talkative. In fact, studies have actually shown that women don’t generally talk as much as we say they do. But if you’re always the one to send the first text, or the one to do the calling, you might want to start paying attention. You deserve to get a reasonable amount of effort, too.

I know it can be hard to assert your need for attention without sounding clingy. And, it can even seem petty – particularly if your partner has led you to believe you’re being petty. But the reality is that you are allowed to expect attention. You don’t have to keep a running tally to keep things exactly even, but if things are starting to get a bit one-sided, bring it up – or get ready to start packing.

While we’re talking about things being one-sided, it’s important that you realize this translates to other areas of the relationship, too. Both partners need to be well invested before making any long-term commitments. Feel free to ask as many questions as you need to make sure your needs are being met.

Let’s look at this one a different way. Relationships are, basically, a business arrangement. Would you want to give up your 50% to a partner who wasn’t pulling their weight, or who you didn’t really know too well? Most likely, you wouldn’t – so don’t subject your (irreplaceable) heart to worse fates than your (replaceable) income.

#6: Your intuition is going haywire.

When our intuition starts acting up, it’s easy to write it off as being “our insecurities” and “our anxieties”. It’s easy to write them off, because we know they’re illogical… Right? But when someone is showing you signs that they’re not worth the time you’ve put into them, repeatedly, there’s a chance that you’re not just imagining things.

Our anxieties and insecurities, at their core, are designed to alert us of danger. Those insecurities aren’t always baseless, especially if your partner is relentlessly trying to convince you to ignore them. (Chances are good that her defensiveness is a clue in itself.) Your anxiety might not always be accurate, but it’s worth investigating – just in case it’s not all in your head.

1 thought on “6 Signs Your Relationship Is Already Over”

PrevPreviousThings Folks Assume They “Know” About Lesbian Sex, But Get So Wrong
NextEverything You Don’t Know About Emotional IntelligenceNext