6 Simple Steps To Coming Out Later In Life 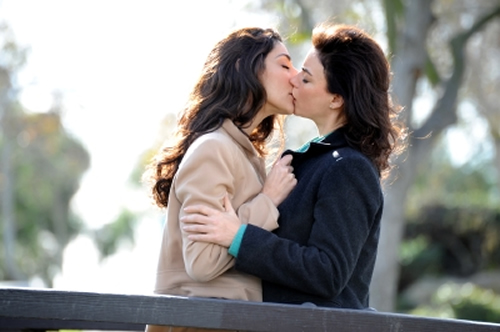 Coming out of the closet usually isn’t a one-step process; it takes a lot of self-discovery and planning to make sure everything goes smoothly. Of course, there’s never a guarantee that things are going to go smoothly, but women who come out later in life seem to have even more apprehensions.

It’s never easy to be the “late bloomer”. Humans are competitive by nature, so when someone else is seen further ahead of us, we become frustrated, and sometimes even depressed. When everyone else in our age group has already done the things we want to do, we start to feel like children (and that’s never fun). Truthfully, though, when it comes to coming out of the closet… You don’t need to reinvent the wheel. The process has already been well defined by every brave woman who’s gone before you.

I’m not necessarily talking about a therapy support group (although that might be the tribe for you). I’m just talking about a group of people who support you, and who you already know have favorable opinions of the queer community (or, at least their opinions aren’t negative). Ideally, at least a few of those people should be in the LGBT community, too – that way, you can benefit from their experiences and their advice.

Your support group is going to be filled with the people who it would be easy to come out to. In time, as you come out to people, you’ll get more people in your support group. This is a good thing. Make sure you don’t shut yourself off from your local LGBT community – you still have a lot to learn from other people who have been in similar situations. You can even practice your “coming out speech” with them, if you’re concerned with that.

Having a support group isn’t going to magically fix everything, but it makes it a lot easier when you have a solid foundation.

Be proud of yourself.

Coming out takes a lot of courage, no matter how old and life-experienced you are when it happens. In fact, in some ways it’s harder the further along in life you are, because people have had more time to form their expectations about you. But your simple act of reading this article shows that you are strong and confident about who you are – and that means so much more than the opinions and expectations of others.

Now, something that’s often hard to hear in life: You have to start before you’re ready. The truth is, you’ll never be ready, and if you keep waiting until you know everything there is to know first… Well, I’m sorry to say, but you never will know everything. It’s impossible.

Your journey has just begun, but that’s the hardest part.

Take things at a pace that works for you.

If you want to take things slow, take things slow. No one “needs” to know what you have to tell them, even if they think they “deserve” to know. You’re going to learn as you go. There really isn’t a definitive “how-to” guide out there because there are so many right ways to do things. There is no one-size-fits-all plan and no one really knows what they’re doing until after they’ve done it.

Likewise, though, if you want to take things quickly, take things quickly! Your confidence and courage is inspiring, and you shouldn’t let anyone else dull that fire. You aren’t coming out to make other people more at ease, so in all honesty it doesn’t really matter if you being gay makes them uncomfortable. We come out to put ourselves at ease and make ourselves more comfortable.

This is your journey, not theirs.

Be prepared for some uncomfortable conversations.

For some unknown reason, when someone comes out, other people see it as an open invitation to ask intrusive questions. Some people will even make off-handed remarks that can be really surprising, if you’ve never discussed those topics before. You can’t always predict who’s going to be an ally and who’s going to be a homophobe, but please try to judge whether or not it would be unsafe for you to come out before you do.

I strongly encourage you to practice some responses to the most common questions, like these thirteen or these ten things. However, it’s also important to realize that you don’t owe anyone an answer simply because they asked. You’re in charge of what information they know about you. (Oh, and try not to take the questions too personally – they’re usually coming from a harmless, ignorant place.)

When the questions start to dig too deep, a polite reminder about personal boundaries may be necessary.

You get to decide your boundaries.

You are not required to indulge in conversation with bigots – even if those bigots are related to you. When people start asking personal questions or making rude statements, it’s best to disarm them. This is one of the reasons we come out in the first place – so that others can’t use our orientation against us. (I mean, if it’s not a secret, they can’t spill the secret, right?)

If being out at work or around family is risky, it’s completely okay to keep your orientation secret within those groups. We make a big fuss about coming out, but no one has the right to know. You come out for yourself. You don’t have to know all the answers, and neither do they.

No one knows everything about everything, even you.

Don’t take it too seriously.

Lastly, don’t forget that your sexuality is – at most – just a piece of who you are. We’re a bunch of neurotic monkeys trying to act like we’ve got our shit together – and I don’t think I know a single person who stopped learning new things about themselves. Your “new thing” just happens to be that you’re into women – but that doesn’t mean that everything before it was fake. (Unless, of course, it was – but only you can figure that one out.)

For women who come out later in life, it’s hard to start putting your own needs first. You’re so used to taking care of others that you don’t really know how to take care of yourself. It’s my biggest wish for you that you don’t stop at just coming out of the closet – that you use this same type of courage to learn even more about yourself.

This is only the beginning – there is still so much wonder ahead of you.