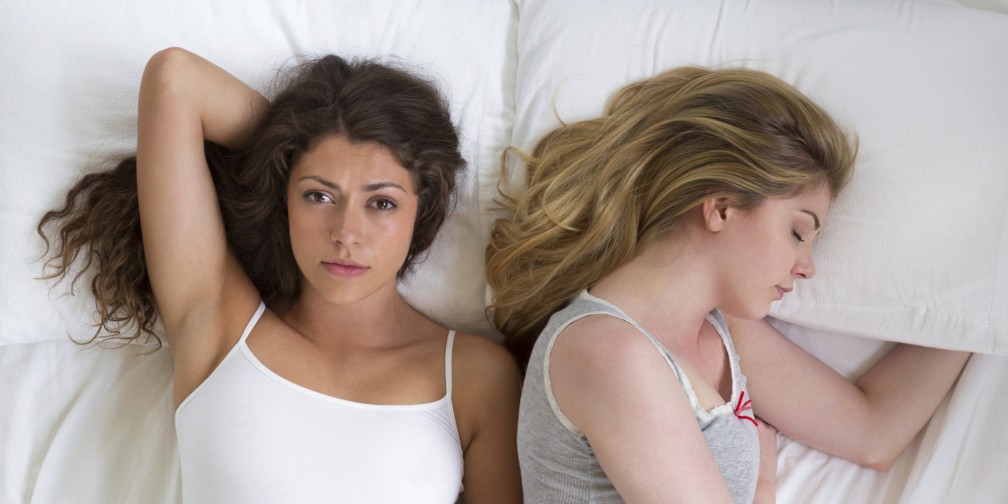 Many people think that people in happy, healthy relationships don’t fight. The idea is that, if you’re not arguing, you must be agreeing… Right? Unfortunately, that’s not true.

If the people involved in a relationship never fight or argue, it’s actually a sign that their relationship is pretty screwed up. You see, we’ve all become too sensitive to human emotions, so we’d rather pretend we don’t have any than admit that they’re not always sunshine and rainbows.

However, just because you should argue with your partner doesn’t mean you should argue about everything. Choosing your battles is an essential skill – not just in your love life, but in your life in general – and they should never turn into an all-out brawl.

So, what can you do to make sure you’re only fighting the good fight?

Be clear about what’s important to you.

Are you fighting just to fight, or do you have a clear-cut goal in mind? If you’re upset about your partner not doing her fair share around the house, you need to address the issue specifically – not just tell her that she’s being lazy and/or immature. If the problem is that she’s acting shady, be clear about that – but don’t accuse her unless you know she’s actually cheating. You don’t need an annotated PowerPoint with a speech rehearsed, but you should know exactly what you’re fighting about, and focus on making it about what’s important – not just every complaint that crosses your mind.

Refuse to name-call or attack her personality.

If you’ve let the anger build up for too long, it’s easy to get swept up in it and lash out. But when you resort to personal attacks and name-calling, you’re throwing away a lot of the relationship’s potential. These personal attacks and name-calling are hard to forget about, and can cause permanent damage to a person’s self-esteem (if their self-esteem is already low to begin with). More than just that, it’s rude and ineffective.

Any time you make a fight with your partner about anything other than what it’s really about, you’re taking away your power to fix the problem. You’re destroying your ability to mend the relationship, and instead you’re helping to break it apart. Words said out of anger can easily take over the whole conversation, and over time you might even train each other to ignore each other’s grievances – after all, if they’re just going to be personal attacks, your brain is going to want to tune them out. It’s human nature.

Resist the urge to yell.

When we think of a fight with our partner, we often feel like there are only two options: The passive aggressive or the active aggressive. We know that passive-aggressiveness makes it difficult to resolve conflicts, especially once it becomes habit, but active-aggressiveness isn’t effective, either. When you raise your voice, your partner is less likely to listen to what you’re saying, because it perceives it as negative. Our brains don’t like negative input, especially when given aggressively – so we tune it out.

More than just that, yelling about your problems makes it more likely that other people may overhear and try to intervene. In some cases, fighting is necessary, but when you’re inviting other people into your private drama, you’re inviting trouble, and giving people the impression that your relationship is open to outside opinions. Which brings us to…

Keep it between the two of you.

Personally, I’m not a very private person. I’m the type of person who posts pictures of her journal on her Instagram, and pictures of my failures on my Facebook timeline. But any time there’s another person involved, it’s not just your private life that you’re risking – it’s hers, too, and she deserves to have a little privacy.

So what are you supposed to do if you need to vent, or you need advice? Well, broadcasting your problems on your social media accounts isn’t the right place to start (even if you’re super vague about it). Stick with your most trusted friends and family members for advice, or find somewhere you can ask anonymously. If you just need to complain, write it all down – journaling is a time-honored way of “unpacking” your brain. And, most of all, don’t let anyone else rock the boat – your relationship isn’t for making everyone happy, it’s about making the two of you happy.

Keep your expectations fair and reasonable.

Change takes time, and a significant amount of effort – your partner has to want to change, or it’s never going to happen. You shouldn’t ever expect her to give up the things that make her happy, or the things that make her who she is. In fact, you shouldn’t expect her to change anything – if the relationship is worth more to her than what you need her to give up, she’ll make the change on her own. Pushing her into it will just cause more problems.

Even if your partner is ready and willing to make the changes you’d like her to make, that change is still going to take time. Even with dedication and commitment, improvement happens at a rate of about 1% per day – tops. This means that it’s going to take at least three months for the situation to go from total crap to something you want to be involved in. More than that, there’s no guarantee that the situation is going to improve every single day, especially if she isn’t fully on board with the idea. Be patient, and remember that catching the problem earlier increases your chances for getting back on the right track.

Don’t wait until there’s an explosion.

Lastly, the most important thing to remember when you’re dealing with relationship problems is that, like many other issues, the time it takes you to admit there’s a problem is directly proportionate to the amount of effort required to fix the problem. When a problem first starts, it’s usually not a very big deal, but it doesn’t take long for the human brain to start developing habits – so you’ll need to focus on making sure you’re developing good habits.

The longer you’ve had a habit, the harder it is to break, too. This means that the sooner you get on board with addressing the problems in your relationship, the greater your resolve will be ten years down the road. If, on the other hand, you allow yourself to habitually suppress your relationship needs, or refusing to admit your own shortcomings, you’re going to have a long, hard road ahead of you – not the type of relationship that most people look forward to. Keep your focus on fixing problems instead of denying them, and your relationship will stay on much more solid ground.

PrevPreviousHow To Have A Healthy Relationship, According To Science
Next7 Ways You’re Unintentionally Sabotaging Your Chances At LoveNext