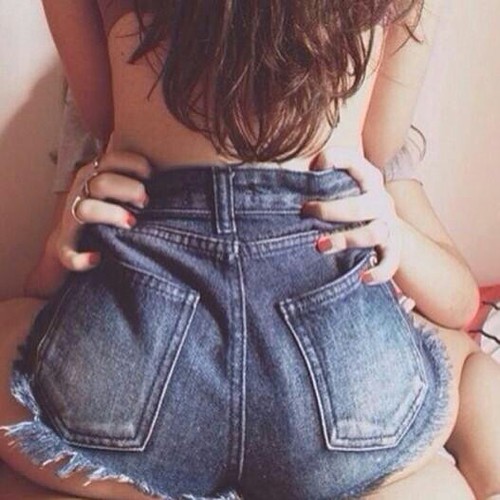 Sex is often a bonding activity full of pleasure and emotion. However, sometimes things don’t go as planned. There are so many things that can go wrong, it can be downright embarrassing.

Rest assured, though – almost everyone has gone through them at least once!

“I didn’t wash down there this morning!”

Sometimes we’re in a rush, and we sometimes skip over the “intimate parts” if we don’t think they’re getting attention that day. But life has other plans, and we end up getting lucky that day anyway – but we have a hard time enjoying it because we’re thinking about how we smell.

The truth is, in most cases, your vagina is going to smell worse to you than it smells to others. This is because we’re not particularly attracted to ourselves, so the smell doesn’t smell “good”. Our partners, on the other hand, are attracted to our vaginas – and therefore it smells good to them.

(Of course, I’m not saying you shouldn’t wash your vagina – definitely do! But chances are, your lady isn’t going to mind if you skip a day here or there.)

This is almost the same thing. If your partner had to choose between your underwear and your vagina, which do you think she’d be more attracted to? Your vagina, of course! Therefore, most likely it doesn’t matter if you’re wearing your oldest, ugliest pair – it’s what’s inside that counts, right?

Some women are particularly attracted to underwear, but that doesn’t necessarily mean anything when it comes to sex. Very rarely has any woman ever been denied sex on the basis of her underwear (or lack thereof).

If you and your partner don’t live together, sometimes we might slack a little on cleaning. If it’s really messy, you should probably clean up before you try to get lucky – but if it’s just a little disorganized, chances are it won’t have any effect on the mood.

If it is particularly messy, something you can do to help set the mood in the right place is for a classic “maid roleplay” scenario. Of course, it won’t work for everyone, but hey – sometimes it does the trick!

“My partner is bad in bed!”

It happens to everyone from time to time. You’ll be getting ready for sex with someone new, and they won’t know what the hell they’re doing. It’s frustrating for you, but you don’t want to hurt their feelings – so you don’t say anything.

Generally speaking, lying to your partner isn’t going to help anything here. If your partner doesn’t know they’re not doing a good job, they won’t know what to do to fix it. The truth is, sex is one of the easiest parts of a relationship to fix, as almost everyone can learn to be a good lover. If your lady isn’t getting the job done, tell her what you’d prefer!

“I was fantasizing about someone else!”

Even in committed relationships, sometimes we think about someone else. It doesn’t always mean that we’re not faithful to our partners, and in most cases it’s healthy to fantasize.

What’s not okay is if you’d rather be having sex with the other person – and it’s a possibility.

This is when you border on the territory of cheating, and when it should probably be brought to your partner’s attention. But if it’s something as simple as pretending Scarlett Johannsen is going down on you, there’s no harm in imagining it.

We all know that we shouldn’t have sex if we’re sick. But just because we know, doesn’t mean it’s easiest not to. Sometimes, we really, really want it – but our immune system is set against us.

When it comes to being sick, the same rules apply for sex as do for exercising. That is, if it’s in your head (such as a cold or a headache), exercise/sex can actually be helpful. But if it’s in your stomach (such as food poisoning or the flu), you shouldn’t push it.

“My partner fell asleep before I finished!”

Ladies, let me tell you, I feel your pain. There are many different situations where this might apply.

Maybe your partner was drunk, and wanted to be intimate with you, but passed out right after getting it started. (It’s happened to me before.) This can be incredibly frustrating, but basically it’s a sign that your partner was too intoxicated to be trying to have sex in the first place. The best thing to do is take care of her to make sure she doesn’t hurt herself, and maybe finish the job yourself (if you’re still in the mood at this time).

In another situation, maybe you took care of your partner – but instead of taking care of you, she rolled over and went to bed. This can be pretty frustrating, too, especially if it’s intentional. My personal approach to this situation is to make sure you get morning sex the next day. She gets her beauty rest, you get morning sex – everyone is happy.

A third situation in which this may be a problem is if your partner is oblivious to the signs that you’re in the mood, or she’s just not in the mood to give it to you. This is when it’s important to remember that no one will fault you for taking care of things yourself. Hey, sometimes life gets in the way – and if you care about your partner you’ll forgive her for it.