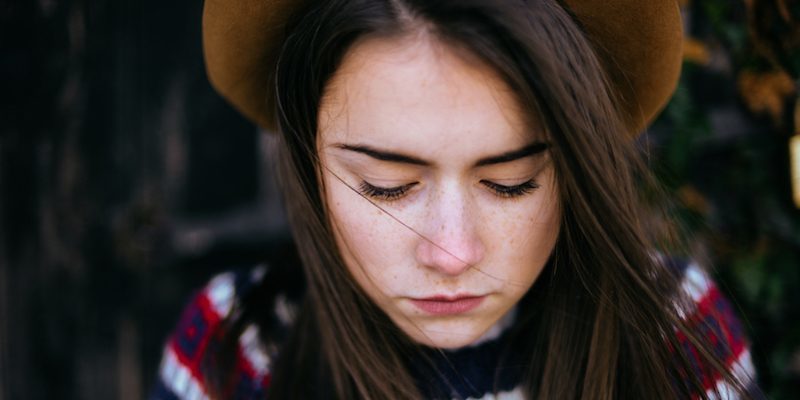 It seems like so many of my friends in my generation grew up in one of two categories: The constant “sorry”-sayers, and those who never apologize for anything. I happen to fall in that first category – or at least I did, until I was in my 20s. Your apologies become a part of you, an almost-tangible habit formed. After a while, you start to say “sorry” without even thinking of it – and this isn’t a good thing.

Why isn’t it a good idea to say “sorry” all the time? Here are 7 reasons that you’re probably just wasting your breath.

1. It doesn’t do anything to fix the problem.

When most people apologize, they simply look for the right words to say, and then leave it at that. Unfortunately, an apology does nothing except relieve our guilt. It doesn’t make up for the things we’ve done to the other person, and it doesn’t mend the pain we’ve caused. All an apology does is make the person apologizing feel better.

2. It’s viewed as an admission of guilt – even when you did nothing wrong.

When you apologize when you’ve done nothing wrong, the people around you (receiving your apologies) will be making their own impressions about your apologies. While the exact impression will vary based on the person you’re apologizing to as well as the person doing the apologizing, in most cases, people either assume the person saying “sorry” did what they were being accused of, and/or they assume the apology is insincere.

3. An insincere apology means even less than not saying anything at all.

We’ve already discussed that apologies are really for the person giving them, but that doesn’t exactly mean we shouldn’t apologize. Apologies are often the first step towards making the changes that we’ve (hopefully) talked about in the apology. But if you don’t actually mean the things you say, you’ll never take the next step. An insincere apology tells the person you’re talking to that you don’t really think you did anything wrong, but you’re going to say sorry to get them to get off your back about it. This approach is generally frowned upon in social situations.

I’m sure you’ve been on the receiving end of a fake apology before, or can at least recognize the signs from your favorite television shows. Our bodies are pre-programmed to pick up on the cues sent out by others – even when those cues are unintentional, and possibly also misleading. The issue is that many of the signs for stress and nervousness are very similar to the signs of insincerity and deception, so it’s entirely possible for a nervous person to accidentally convince their apology-recipient that they’re being insincere – even if they meant every word.

When most people apologize, they simply say “I’m sorry” and they’re done with it. A true apology should showcase the reason you’re sorry, as well as what you plan to do to change it. If you don’t think that you’re the one to blame, try to find a way to compromise. But apologies and promises have no power on their own – even the most eloquently-worded ones. Our words only have meaning when we give them meaning, so if you’re not following through, your word means nothing.

6. You may be reopening old wounds.

If it’s been a long time since the event that caused the guilt, apologizing is probably not going to do anything for the recipient – it’s just going to remind them of the things you’ve done to them and, in some cases, maybe even bringing the problem(s) back to the surface. Many people think they want an apology from the people who have wronged them, but there is a statute of limitations. You don’t have an endless amount of time to make things right.

7. No one is obligated to forgive you just because you’ve apologized.

Most of all, there’s a misconception that we apologize in order to be forgiven or to get closure. This simply isn’t true. The only person who’s obligated to forgive your past is you – everyone else is free to make their own decisions and move on or hold grudges as they see fit. We tend to picture other people as if we were them. But we’re not them, and even in our mental pictures, we get the facts wrong sometimes. You can think about someone else’s situation, but you can’t think through it for them.