7 Things To Remember When Dating A Strong, Successful Woman 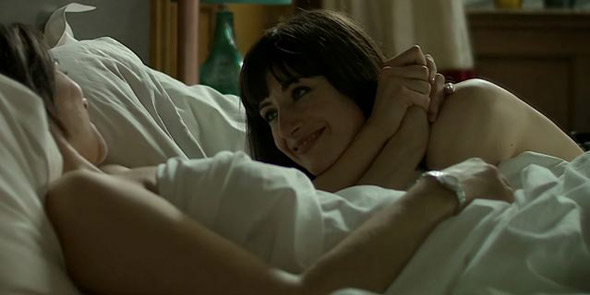 Thinking about dating a woman who seems to have her whole life figured out? She’s the type of woman you could picture owning her own business in the next five years (or maybe she already owns a few). She’s entirely self-made and sexy as hell – and somehow, she’s interested in you! You’re right to want to know the secrets. After all, she’s different than the women who are just scraping by. She’s thriving, and she wants you to be a part of her awesome life.

What do you need to remember when you’re dating a strong, successful woman?

She doesn’t need you, she wants you.

Strong women don’t mind being alone, so she’s not going to waste her time with someone who doesn’t complement her life. She isn’t looking for financial support, material gifts, or absolute perfection. Instead, she’d rather spend her time with someone who’s looking to grow, just as she is. She understands that no one starts off a master – she just needs to know that you’re trying. (But, if you don’t keep up with her, she has no room for dead weight.)

She has a strong set of values.

Strong women also have strong values. She needs to know that she has a purpose in life, and she’ll always stand up for the causes she believes in. Of course, she hopes you see eye to eye on those core values, but if you do have a disagreement, she understands how important it is to stick up for yourself, and she’ll respect your different opinions. She isn’t just going through life mindlessly, though – she’s actively doing something to make the world a better, stronger place, and she anticipates your support.

She’s always on a mission.

Strong women are very deliberate with what they do, so you can be certain that your strong girlfriend has a plan. Even if it doesn’t make a lot of sense to you, she’s probably already a few steps ahead (just in case). And, if you’re a bit insecure of your place in her life, be aware: You fit into her plans, in one way or another, or she never would have agreed to go out with you.

She goes after the things she wants.

As much as strong women love a good plan, she’s not afraid to take immediate action if the situation calls for it. She understands that sometimes plans and opportunities change, and you have to take control of a situation before it passes you by. She’ll stop at nothing less than success, and she won’t settle for anything she doesn’t want. This means that she’s not afraid to take the initiative, and she’ll let you know there’s a problem long before it comes unfixable.

She surrounds herself with other strong people.

Strong women aren’t keen on wasting time. She’d rather find herself amid people who can keep up with her, even if that means her social circle is quite small. She doesn’t really care for gossip or small talk – she’d much rather discuss tips, tricks, formulas, recipes, trade secrets… Whatever her particular interests may be. She expects you to be ready to grow and improve with her, or at the very least, to respect her hustle and support her as she does her own thing.

Skill building is a hobby for strong women. She is constantly working to improve herself, which means she’ll take books over TV shows any day. Romance can be shown by taking a class together or taking in a new experience – she’s keen on libraries and museums, too. She sets strong goals for herself, and – much to the amazement of those around her – she follows through with her plans. She’s used to overcoming challenges, so much that she seeks them out whenever possible.

She’s not a robot, but she is guarded.

Strong women aren’t magically immune to sadness, fear, or anger – they’re just better at keeping their emotions in check around strangers and acquaintances. She needs to be with someone who supports and appreciates her, because she won’t be vulnerable around someone she doesn’t trust. She won’t let her guard down unless she’s fully comfortable. Make sure you recognize the gift you have, and don’t screw it up!