8 Fictional Lesbians To Crush On 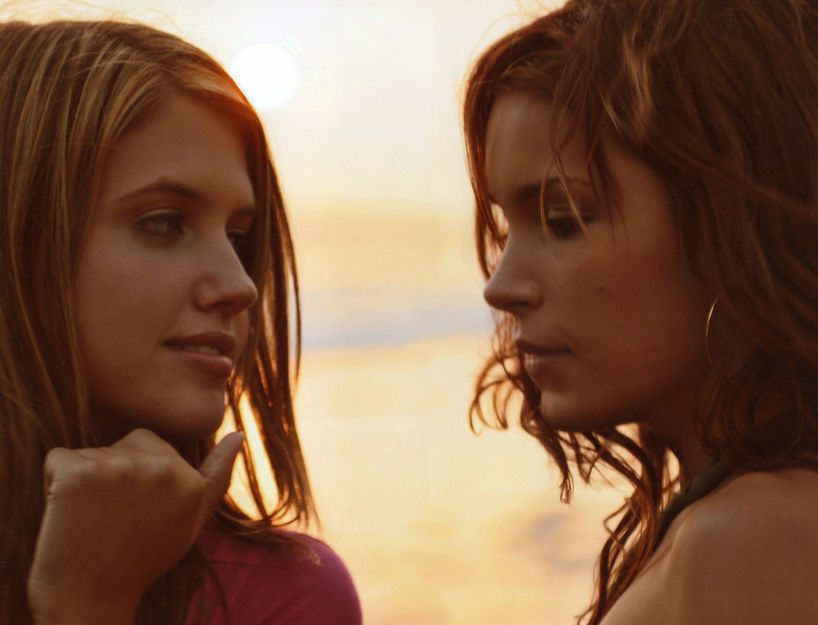 It’s a part of the appeal of any fictional series. We want to find people in the act who we feel drawn to, and for the romantic in us, we want to be able to picture ourselves with them. Sometimes these characters are in TV shows and movies, while other times they may come from different media.

As lesbians, it’s also in our nature to seek out media which shows us – something that, until relatively recently, was pretty hard to do. Now there are a ton of icons of the lesbian community that we can look up to and aspire to be with, or to be like.

How many of these fictional lesbians would make your own list?

Okay, so these ladies aren’t “exactly” fictional, nor are they “exactly” lesbians.

The ladies of t.A.T.u rose to fame with the implication that they were lesbians – which, it was revealed later, was a bit of a marketing ploy. However, those who know me, know that music is a huge part of my life, so it would make sense that there would be musicians on this list. Even though the “lesbians” that they were in their videos was merely an act (and therefore they wouldn’t meet the criteria for real-life lesbian role models), the fact that they had international audiences convinced that they were really gay makes them a shoe-in for a “fictional” lesbian category.

It’s highly unlikely that you haven’t heard of t.A.T.u if you were interested in pop/electro music in the early 2000’s. They never really reached super stardom, but they stayed in the spotlight for years. Unfortunately, last year, Yulia made some anti-gay comments that caused quite a stir, but Lena spoke out saying she absolutely does not agree with the comments. Thanks for your support, Lena!

#3 and #4 – Spencer Carlin and Ashley Davies (South of Nowhere)

This couple was a part of the teen drama “South of Nowhere” – did any of you watch that show too? Anyway, in the show, Spencer has just moved to LA from Ohio (if I remember correctly) and she discovers that she might actually be interested in girls – something she had never considered before – and she begins this wild yo-yo romance with Ashley Davies. I’m not going to give anything away if you want to go watch it, but basically, this was one on-screen romance that I loved as a teenager.

In the show, Spencer and Ashley learn to explore the full extent of their feelings throughout the show, and is in the rare category of shows which examines sexuality being fluid – which is pretty monumental for a show aimed at teenagers. Watching this show, I was drawn to the innocence of Spencer as well as the freeness of Ashley. I highly recommend you check it out if you haven’t already.

The L Word fans will immediately recognize this name. Basically, as a writer, Alice sums up a lot of what I hope for in my own life – although she has some flaws, she’s able to find success and make decent choices in regards to her friendships and (usually) good choices in her relationships.

I think my crush on Alice is based on my own personal goals. After all, we’re attracted to women whose life plans mesh well with ours – and I could picture myself lining up quite nicely with Alice.

The popularity of The L Word tells me that I probably don’t have to explain much here, but for those few who haven’t seen it, it details the lives of several (fictional) lesbians in LA and the drama that’s intertwined with their lives. If you haven’t actually seen it yet, you definitely should – although it’s no longer in production.

Maggie is the leading character in one of my favorite “lesbian movies”, Better than Chocolate. In the movie, she is a less-than-out artistic lesbian who just wants to be accepted as she is – flawed and loving. Well, she’s also beautiful, and she deals with her many crises in the movie quite well. (She does have quite a few crises, though.)

If you haven’t seen the movie, I encourage you to check it out – it’s a beautifully poignant movie that tackles not only lesbian issues, but also the issues of other sub-sections of the gay community. It’s beautifully written and I’m consistently surprised that it’s not more popular.

Last Life is something that I have just recently learned about, but I am enthralled in the story. The show follows two witches, who are soul mates – separated by a million factors, but destined to be together. Basically, she screws up somehow, and her most recent incarnation will be her last.

Something interesting to me is that Sloan isn’t “exactly” a lesbian – in her past life, she was a man. This is an interesting premise, as there is a belief in my family that those of us who are gay, may have been the opposite gender in a past life. It was very interesting for me to discover that my family is not alone in this theory.

There are a million other things going on here, and it’s hard to explain to those who haven’t seen the series. Sloan is inspirational to me as she represents power, mystery, and the pull between good and evil. After all, isn’t that something we all deal with? Okay, so maybe most of us don’t have magical powers, too, but that’s a minor detail. 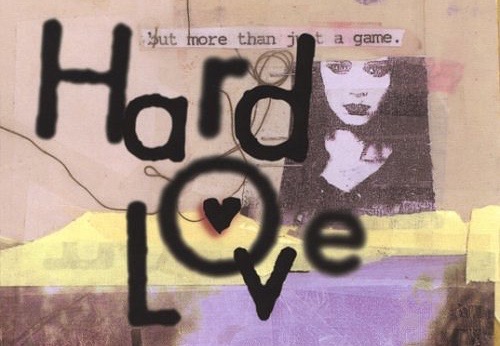 This is a bit of a different subject for me. It seems that less people read books these days, which means that if a book doesn’t make it to the big times, it’s likely to be overlooked. Hard Love tells the story of an independent zine writer, Johnny, and his friendship with the complex Marisol. I happened upon this book before I came out as a teenager, and I have read it probably a dozen times since then.

Marisol Guzman is a writer, an adoptee, an honor student, and a lesbian. Of course, there are many other aspects of her personality, but these four separate characteristics help to shape a majority of her decisions throughout the book and helped to endear me to her character. If you have the chance to read this book, even as an adult (it’s a young adult fiction novel), I highly recommend it.

There are probably a hundred other fictional lesbians I could detail here, but I think it would be more fun to learn about yours! I’m always looking for new TV shows to explore, new movies to watch, new books to read… Especially ones with gay and lesbian themes. It’s absolutely exciting that they are getting more light lately, and I look forward to your recommendations of fictional lesbians to crush on.

6 thoughts on “8 Fictional Lesbians To Crush On”