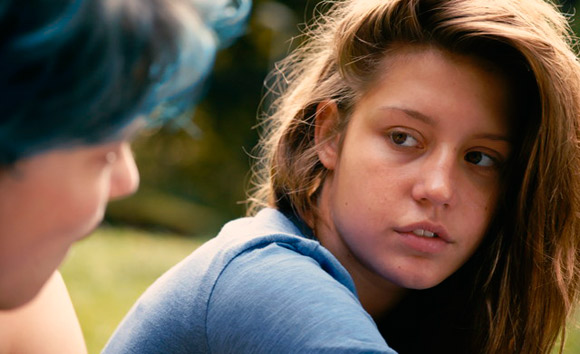 My current relationship started in a really weird place. We met through mutual friends on Facebook, and (from my end) it was never supposed to be anything serious. I had just finished being strung along by someone else who was totally horrible, so I really wasn’t looking for anything besides a quick orgasm and someone to make me feel better about myself.

(Side note, using people like this is not a great idea, but I told her from the beginning that’s all I wanted.)

As much as I hated to admit it, though, neither one of us was very good at keeping things casual. Our “first date” lasted longer than I’d like to confess over the internet, and I was back over at her house my next day off. It was crazy and hectic, and not all relationships work out like that, but ours did – and I know I’m not the only one.

Here are 8 signs that your casual hook-up might turn into something more.

1. She texts or calls to make sure you get home safely.

We’d like to think that everyone in our life cares enough to make sure we get home safely. But unfortunately, that’s not really the way things always work out. If your casual hook-up actually checks to make sure you get home safe, and lets you know that she got home safely, too, she’s probably a keeper.

Things come up throughout the course of the day, and that’s fine. But if your hookup makes sure to let you know when she’s been busy, instead of just waiting for you to text again, chances are, she’s actually girlfriend material. Even though it’s unreasonable to expect an immediate text back every time, you should expect that she’ll have a good reason for blowing you off, and she’ll let you know that she’s still into you even when she’s busy.

3. She kisses you on the forehead.

Or the hand, or the cheek… Or anywhere that doesn’t have a connection to sex. Lip and neck kisses are great, but they’re associated with deeper intimacy like sex and long-term relationships. Hand, cheek, and forehead kisses are sweet and unassuming, and a pretty good sign that she wants to be more than just a hook-up.

4. She asks you about your day.

5. She wants more than just sex.

You can enjoy sex with someone and still want more than just sex with them – and this is a great sign that your relationship could be something more. In my relationship, my girlfriend was the one who started pushing for something more, and I tried to fight it for the longest time – but she won in the end, and your lovey-dovey hook-up probably will, too.

6. She wants to learn more about you.

7. She keeps pushing for “daylight dates”.

I’m not saying she’s necessarily pushing to spend the whole day in the sunshine (although that’s definitely an option). But if she’s trying to take you out on real dates, like to dinner or a movie or even just a walk in the park, she wants to be seen in public with you – and that’s definitely a sign she could be girlfriend material.

8. She lets her walls down for you.

The final sign that she’s probably into you as more than just a hook-up is that she actually lets her walls down for you and lets you see who she really is. She’s not hiding, because she’s totally into you and doesn’t care if you know it. In fact, she wants you to know it, even if she’s too afraid to put it into words. Pay attention to all those little cues – she’s leaving them out on purpose.