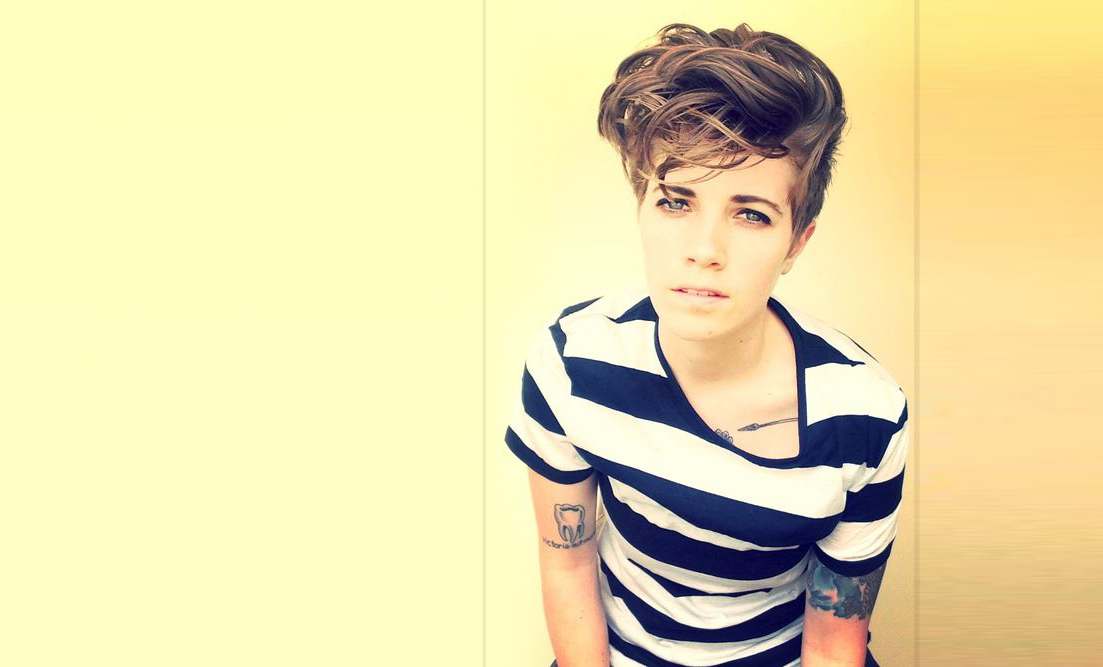 Soft butches. My weakness. They’re a little awkward with their boyish looks, and hands in pocket stance.

Yes, they give off the queer masculinity front, bit deep-down, underneath that butch exterior, they’re a soft as a puppy.

In fact, some of the more adorable things about them are also simultaneously some of the weirdest.

Here are some of the strange things you do that we can’t help but find endearing:

1. When she zones out while she’s staring at you

Sometimes she does this thing where she’ll zone out completely while she’s staring at you, to the point where she doesn’t even notice that you’ve noticed she’s looking. After it takes a second for her to bounce back, you can’t help but smile at her. That was so cute.

2. When she accidentally drops a really impressive fact

Intelligence is undoubtedly sexy, but when it leaks out of her pores in a (seemingly) accidental moment, you’re sold. You hate pretentiousness, but what you don’t hate is her giving you a little lesson about some awesome historical moment or recent scientific discovery you hadn’t known about before.

3. When she geeks out over things

Am I the only person who finds it absolutely adorable when a woman obsesses over something, especially if the thing she is obsessing over is kind of weird? It shows she has passion and is unapologetically herself, and that is something you can’t get enough of.

4. When she’s flex in a picture “by accident”

We’re not stupid, we can tell when you’re flexing, even if it’s subtle. But it’s pretty damn cute when she’s try to pretend like you don’t notice. You may even jokingly comment about how “buff” she looks, which will probably make her flex even more.

5. When she can’t dance or sing, but try anyway

You know that butch at the party who’s hanging out in the corner and moving slightly out-of-tempo to the song blasting from the speakers? She’s teetering on the line between being confident and wanting to run out of the room, but she manages to stay anyway. She’s really trying, and it’s adorable.

6. When her humour is extremely deadpan

If her humour has the perfect amount of dryness and deadpan-ness, she’ll go far. Give me a good one-liner and I’m sold.

7. When she’s holding a baby

This is the greatest thing ever because, as per butch and femme stereotypes, it’s a slightly unnatural sight. Nothing makes our heads scream, “I want to have your babies!” like seeing her hold a baby.

She’ll clutch you by the hand, looking you in the eyes and nervously utter how good you look tonight – oh it the key to our hearts.