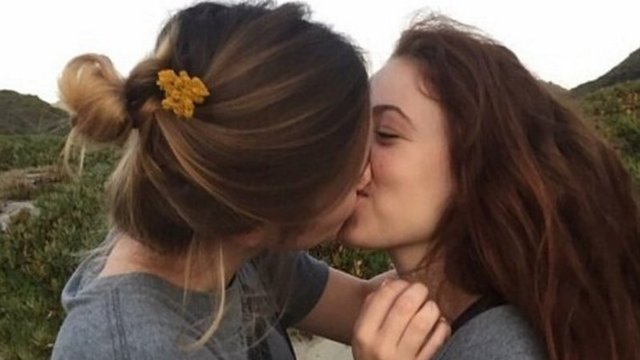 We talk a lot about how to have a healthy relationship here – but have you ever wished you had a handy checklist to see if your relationship passes the test? Even the most confident among us wouldn’t mind a reminder from time to time, and evaluating where you stand helps give you a roadmap to where you want to stand. This reflection also prompts you to celebrate and show gratitude for the things you’ve already got going for you. It’s not always easy, but it’s an important step in understanding your own personal truths.

We’ve gathered up 9 qualifiers for a “healthy relationship,” in no particular order. How many are already present in your life – and how many do you still need to work on?

It’s not about “letting thing slip out” versus keeping them to yourself – it’s about making a conscious effort to talk about what’s right and what’s wrong, in your relationships as well as your life as a whole. Your partner is there to support you through the good and the bad, so make sure you’re opening up to her. You make sure your words are supported by your body language, too, because you know that’s just as important.

Purposeful communication means that you aren’t shying away from the awkward or uncomfortable subjects. You’re talking about your relationship from the standpoint of trying to save it – so you’re going to talk about the things that need to change, and the things that need to stay exactly the same. Of course, you take your partner’s feelings into consideration, but you know that doesn’t mean denying your own.

But you’re communication isn’t all negative – it’s also heavy on the (sincere) compliments. Remember that we all need little reminders that things are OK, and your partner is no different. When she looks or smells nice, you tell her. When she’s opened your eyes to a situation you hadn’t considered, you thank her. When she doubts herself, you remind her how amazing she is. You make an effort to let her know that she is appreciated and loved, because she is.

You don’t feel the need to “ask for permission” before doing things – but you still check with her first. You trust each other’s discretion, and if something needs a quick answer, you’re both confident that your partner would make the same choice you’d make. If something needs clarification, you’re going to ask, because you know the answer is going to be the truth.

A relationship without trust isn’t a relationship at all – it’s a twisted manipulative game between two (or more) people. If the person you’re with doesn’t trust you, she’ll never be able to trust her own thoughts about you – regardless of whether they’re right or wrong. In fact, whether the mistrust is “insecurity” or “intuition” is really irrelevant. You can’t be with someone who doesn’t trust you.

Obviously, healthy relationships require honesty and trust – but that doesn’t mean that they need absolute honesty at all times. In fact, sometimes it’s better if you use a little honest discretion. That doesn’t mean covering your own tracks, but it does mean that you take the time to filter the information to keep your partner’s feelings intact. Does she really need to know that you can’t stand her mother, or can you suck it up for her happiness?

So, which topics do deserve full disclosure? Your own personal boundaries are going to come into play, but at a minimum, you need to be honest about your feelings for her, as well as your (romantic or sexual) feelings for others, unless she has specifically asked you not to. If you share financial responsibilities, you’ll need to be totally honest with that info, too. (Even if you don’t share finances, I recommend about 75% honesty – your partner may be willing and able to help you in certain situations.)

Everyone tells little white lies, though, so would it kill you to tell her she looks gorgeous when she has the flu? Probably not. She might not believe you, but it’ll probably make her smile (at least on the inside). And if you think her sister is annoying, definitely don’t be the one to bring it up. You never know what effects your words might have.

4. You have total respect for one another.

Respect is one of the bare minimums for a healthy relationship – whether romantic or not. Everyone deserves to be treated like a human being, and it’s almost impossible to do that with someone you don’t respect. If you can’t muster up the minimum of respect for your partner – or if she can’t show respect toward you – you need to move on before things get seriously ugly.

Respect for another person doesn’t always mean that you agree with everything they do and say. In fact, most people you respect will have ways that they disappoint you. But respect is the difference between embracing that difference of opinions, as opposed to blowing up and causing a scene. A relationship that’s lacking in respect is simply an “arrangement.”

Respecting your partner also entails appreciation, and you respect her by acknowledging the things she does for you (without making a big scene if she forgets to say “thank you” every now and then). We all have off-days, but rest assured that one bad mood doesn’t mean she’s suddenly lost her respect for you.

5. You generally make each other happy.

Every relationship goes through its ups and downs, but it shouldn’t be an emotional roller coaster. The trust and respect you have for each other should make you happy, at least most of the time. You’re going to have your bad days, but she doesn’t go out of her way to make you sad, angry, or uncomfortable.

What ratio of “good vs. bad” is right for you? Well, there’s no precise answer here. Relationships require sacrifice and compromise, and only you can decide how much of each you can handle. But a relationship that makes you sad, uncomfortable, or angry more often than it makes you happy is bad news.

You’re allowed to be annoyed with each other. It’s inevitable, actually, especially if you decide to live together. That doesn’t mean that your happiness is over – as long as you’re willing to talk through it and get back on the right path.

6. You have days where you can’t stand each other.

Every now and then, those rough days are going to be extra rough – especially if you’re cramped in the same small room for most of your free time. It’s completely normal to have days where you just want to be alone, and space doesn’t necessarily mean a break-up is on the horizon.

These rough patches may stretch on for days, weeks, or even months. They don’t happen all the time, though, and even if you mentally make a pros-and-cons list, you don’t want to leave long-term. Maybe for a day or two, but only so you can get your head on straight and work through the problems.

Sometimes, the best thing you can do for your relationship is give each other some space. There’s a romanticized idea about living your life together and not needing anyone else, but that’s not how the real world works. In the real world, people get on each other’s nerves – even if they’re completely in love with each other.

7. You’re comfortable doing your own thing.

While there are some people (ahem: film directors) who think that instant, immersive love is the most romantic kind… It’s not the most sustainable kind. Once you get past those initial butterflies and the corresponding lust, you’re going to mellow out and go back to doing your own thing. You have your own friends, and your own hobbies – you’re not attached at the hip.

It’s so important to remember your individuality when you’re in a relationship. You’re not suddenly a half a person, just because you have a girlfriend. You’re the same whole person you were when you didn’t have her – but now you have someone to come home and tell your stories to. If you never do your own thing, you’ll never have your own stories.

8. You don’t shy away from confrontation.

Although fights can be uncomfortable, they show that you are passionate and invested when it comes to the relationship. You’re not going to let your partner walk all over you. That doesn’t mean you’re nagging about every little thing – it just means that you’re ready to stick up for yourself, and for your own happiness.

Aside from giving you an outlet to vent your frustrations, confronting a problem is the first step in fixing it – and when things have been bothering you for a while, you’ll wish you talked them out before you started to boil. Talking through the tough issues is one of the easiest ways to get around a problem.

Now, what happens if all you do is fight and argue? Of course, that’s not a good sign either, and if you feel like you’re fighting more than you can handle, you’re allowed to say so. Even the strongest love in the world isn’t worth the pain and agony of constant bickering.

9. You have boundaries, and you enforce them.

“We culture” is highly romanticized – but it’s important to remember that romanticized things are rarely actually romantic. That’s definitely true of giving up your autonomy, too. You are allowed (and encouraged) to set your own boundaries, and to regularly define them with your partner. It’s not healthy to put all of yourself into a relationship, and letting your partner know the things you won’t stand for gets rid of any confusion from the start.