9 Things You Need to Know Before Dating a Trans Woman 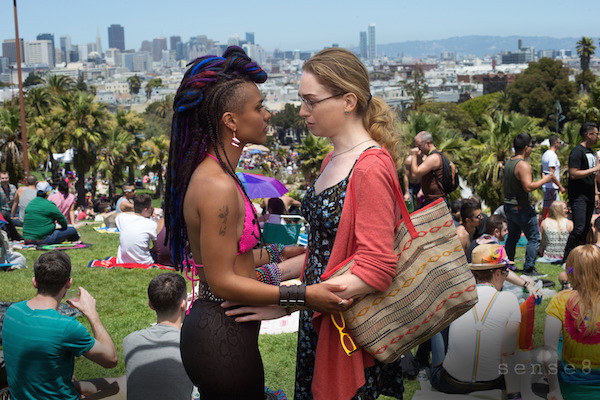 Some people may be scared about dating a trans woman, because the expectation is that there are certain differences that you need to be aware of first. Well, that’s not necessarily the case. Just because someone started life with a different identity than they have now doesn’t automatically mean that she’s a different person than she used to be – only that she’s more comfortable expressing herself now.

So… What do you need to know when you’re dating a trans woman?

1. Dating a trans woman is just like dating anyone else.

Trans women deserve respect – just like any other woman. No more, no less. Any girlfriend you have should be treated with love, empathy (when necessary), and respect as a human being – and trans women are no different. If you have dated anyone before, you should already know what a relationship requires. Why would it be any different when you’re dating a trans woman?

2. You need to understand what trans means.

The word “transgender” itself does not imply perversion, or mental illness, or confusion. It simply means that their gender (which is a mental construct) is different from their anatomy at birth, and in some cases it may still be different than their anatomy now.

3. Sexuality and gender are not the same thing.

Her gender identity does not automatically mean that she’s interested in women. It doesn’t automatically mean she’s interested in men. In some cases, she may be bisexual or pansexual – but that’s not automatic either. Someone’s appearance has nothing to do with their sexuality either – so instead of basing your assumptions on her outward appearance, focus instead on the signals she gives you – or even better, don’t make assumptions about people.

While dating a trans woman is really no different than dating any other woman, you should definitely make sure to make her feel safe before you’re alone together. It’s sad that in 2016 we still have trans women being killed simply because they’re trans, but we do. Do your best to show her that she doesn’t need to be afraid of you. The more open and honest you are about this from the start, the better the relationship will be for both of you.

5. Her genitals are not your business unless she chooses to show them to you.

Okay, here’s a little difference between trans women and cis women… Most people don’t obsess over the genitalia of their cis partners. There may be some exceptions here, but it’s 2016 – time to understand that you really have no right to ask intrusive questions to people you don’t share an intimate relationship with. Even when you are in a relationship, not all questions are entitled to an answer – so do your best to exercise respect.

6. Don’t fixate on her trans identity.

If she goes out on a date with you, it’s most likely not so she can teach you all about what being trans means. If she told you she was trans, it wasn’t so she could get your validation, your approval, or to get you to hang up your own ignorance. She’s most likely under the impression that you got all that out of the way before you asked her out (or before you accepted her date proposal). If you focus on the fact that she’s trans the whole date, it’s going to be really boring for her, and you probably won’t get a second date.

No matter how she looks, acts, speaks, or dresses, she is a woman. She’s not “partially a woman”. She’s not “almost a woman”. She is a woman. If you ordinarily pay for the date, offer to pay for her, too – especially if you did the asking. If you get to cuddle, keep in mind she might want to be the little spoon too. Most trans women don’t expect to be treated like princesses, but they do deserve to be treated like a lady.

8. Educate yourself – that’s not her job.

You should take the time to educate her before you go on a date with her. In this day and age, it only takes a few minutes on the internet to turn up more information than you could ever possibly need – take advantage of that! Some of the key things to read about are “gender dysphoria”, “transgender pronouns”, “cisgender”, and “non-binary”. Not all of these topics will apply in every scenario, but if she isn’t willingly offering to educate her, you should assume that she doesn’t want to. And she doesn’t have to – this is a date, not a tutoring session.

9. It’s not necessarily a secret – but if she comes out to you as trans, act like you were worthy of the trust she thought you were.

Most women don’t consider their trans identity a secret, but they may be hesitant to share it with new people, due to the treatment it can result in. If she does confide in you (which really isn’t required anyway – remember, these rules of respect apply to anyone, whether trans or not), you should do everything in your power to show her that it wasn’t a mistake confiding in you.

Don’t “out” her unless she specifically asks her to. Don’t misgender her. Use the pronouns she wants you to use. (This article has assumed that she goes by “she/her” pronouns, but that might not be the case – always make sure you’re going along with her wishes.) Don’t reassure her that you approve – she’s not there for you to approve of her. And do not ever assume that you had the right to know she was trans. It’s a privilege to be told – she is under no obligation to disclose it to you.

PrevPreviousAccording To New Study There Is An ‘Ideal Number Of Sexual Partners’ To Have
NextHow Do I Get Started On The Lesbian Scene?Next